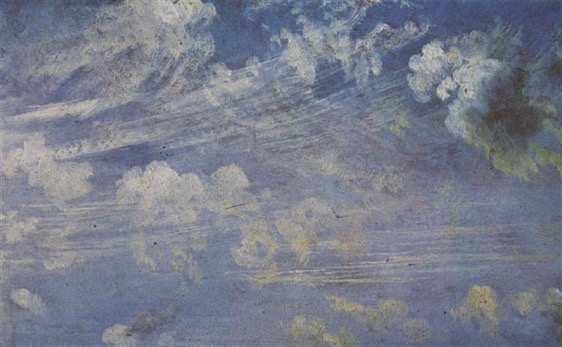 Here is a summary of the recent weekly Section for Literary Arts & Humanities meeting of the local group in Fair Oaks, CA. This meeting occurred on October 24, 2020 via Zoom.

We began the meeting with a few announcements. As I mentioned in last week’s meeting summary, next Saturday is the 225th birthday of John Keats. It is also the Eve of All Saints, Halloween. While our local group typically pays no attention to Halloween, we have paid quite a bit of attention to John Keats in previous meetings. We’ve decided to have an online Salon and Poetry Night on October 31 to honor the poet Keats. Various members of the local group will read poems by Keats and other poets. At this point I think we have almost enough material for an entire evening’s Zoom salon, but if you haven’t stepped forward yet to read a poem, there’s still time to do so. In previous Section meetings last year, we reviewed Keats’ biography and career, so I don’t think we will need to do this again on the 31st — except in so far as it might be useful to mention a few points of overlap with Novalis. The two poets of course did not know each other or of each other, but they do speak to similar themes and concerns.

Also coming up at our next meeting on October 31, I will “unveil” the website that I have put together for the local Section group in Fair Oaks. This project turned into quite a little chore — but only because we have been such busy bees of the invisible! I think we have garnered something in the neighborhood of 30 meeting summaries since March 2020 when we transitioned to Zoom — but I also have meeting summaries going back several years. I worked to put all the recent Zoom weekly meeting summaries on the website first — along with links to a few books we have featured (such as Philip Thatcher’s recent collection of poetry) — and of course the performance videos of Fairy Tales, Poems, Myths & Legends that were done recently to complement our work with Novalis — and too the ongoing Rilke Project videos that arose from the Section-inspired New Moon Salons. These Rilke poems are from the cycle “Sonnets to Orpheus.” As I said, I will “unveil” the site at our meeting next Saturday as part of our celebration of Keats’ birthday.

Also mentioned last night: a local theater company has mustered the imaginative fortitude to stage an online audience-participatory production of Shakespeare’s The Comedy of Errors in November. I brought this production to the attention of everyone, in case we want to participate. We used to attend theater events prior to the Covid crisis, and this might be an interesting experiment. Here is a link to the information: https://www.falconseyetheatre.com/comedy-of-errors 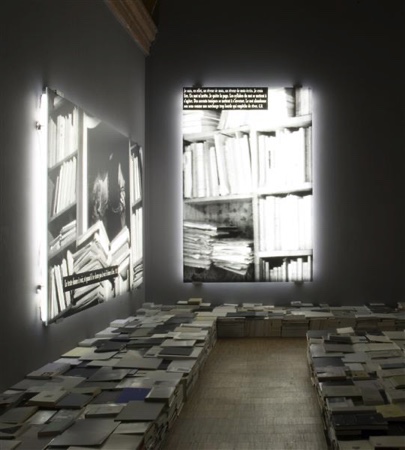 “The Phenomenon of the Library” by Josef Kosuth

Last night Gayle gave a presentation on the motif of the veiled Isis. She traced the origins and transformations of this motif from ancient Egypt to the European Enlightenment to the Iowa birthplace of Herbert Hoover, who received an unusual statue of the veiled Isis from European Freemasons as a thank-you gift for his humanitarian efforts. She included as part of her presentation several references from the lecture cycles of Rudolf Steiner. These included: The Search for the New Isis, Divine Sophia; and Ancient Myths: Their Meaning and Connection with Evolution.

The theme of the veiled Isis and the lifting of the veil of the goddess Isis is of course an important motif in the work of Novalis. Currently, the local group is reading The Apprentices of Sais. Last week we began our discussion of this work by looking at the fairy tale found in the middle of Apprentices. While the act of “lifting” or “rending” or “removing” a veil has connotations of violation and trespass (typically enacted by the male upon the female), for Novalis this transgressive gesture also has connotations of self-discovery, recovery, and homecoming. Gayle identified this as Orphic — which certainly accords with Novalis — and for that matter, with Rilke and others in the Orphic stream. In the fairy tale Hyacinth and Rosebud, the young melancholic hero is first awakened to life by his acquaintance with Rosebud. But he cannot properly appreciate that relationship because he does not yet know himself — his deeper being and human nature. He is naive — a “Parzival” who has not yet awakened to the Question. Life passes by him as a dream.

One day, he meets a Stranger, whose occult glamor and esoteric know-how overwhelm the impressionable youngster. The Stranger gifts Hyacinth with a book that no human being can read. This only deepens the young man’s melancholy and his estrangement from life. He turns against his heart — and he rejects Rosebud, who understandably curses the old sorcerer who gave Hyacinth the useless unreadable book. Fortunately, in a moment of beneficial karma, Hyacinth meets another stranger — a shaman more powerful and wiser than the old sorcerer with the useless book. This stranger, the old woman in the forest, performs an act of violence also — she burns the book! She gives to Hyacinth what we might call “a kick in the side of the head” — or maybe we could call it shaktipat. Long story short, she awakens him. He is enlightened to his ignorance. (Always the first step on the path of Initiation.) Hyacinth runs home to his parents, and — much like a Parzival who has met the forbidden knights and who runs home at once to blab to Mother — he tells mom and dad that he must go on a quest for “the mother of All,” the veiled goddess. Well, Rosebud cries bitterly. And mom and dad are distraught — “we sent you to Harvard and now you want to be a bum!” But Hyacinth, the pure fool, pure at heart, initiated by the old wise woman in the forest, wanders forth. He travels high and low, converses with flowers, and after much effort discovers, much like Heinrich in the novel Heinrich von Ofterdingen (“Where are we going then? Always towards home!”) —he discovers . . . himself!

That is to say, he “lifts the trembling veil” of the Great Mother — and, lo and behold . . . Rosebud falls into his arms. The two lovers are reunited, but at a higher level of unity and understanding. Do we read in this fairy tale alchemical and Rosicrucian themes? Oh yes. But, oh no, do I espy a Stranger approaching yet again with an unreadable book! The old sorcerer might wish to work his spells, but the old woman in the forest is no pushover — you can be sure! The “Time is at Hand” for a revolution in human outlook, Novalis tells us. The old temple of Sais lies buried in ruins in a desert wasteland, but the new temple of Sais lies as close to us as our breath and beating hearts. Thus, as Gayle mentioned, while Schiller writes a famous poem in which the young man who lifts the veil is struck down stone dead and must lie stock still, Novalis celebrates the deed as a life-affirming reunion with the Mother of All. Parzival, too, bumbles from adventure to adventure, one “slowly wise” who at last asks the question of Relationship and Interrelationship (“oeheim, was wirret dir?”). This question heals the wasteland. Likewise, counterintuitively, the transgressive act of “lifting the veil” reveals — oh my goodness! — an Open Secret. Shh! (Can you guess what It is?)

“Someone arrived there who lifted the veil of the goddess at Sais. But what did she see? She saw, wonder of wonders, herself.”
— Novalis (free translation)

“A far-off music surrounded the mysteries of love’s reunion. The music embraced the outpouring of their longings. And, it protected the scene of their rapture from every stranger! For long years afterwards, Hyacinth lived with Rosebud, and with his loving parents and old companions. Numberless grandchildren thanked the wonderful old wise woman for her advice and fire — for in those days people had as many children as they desired.”
— Novalis, The Apprentices of Sais

“. . . the basic principle of feeling is an inner light, which is refracted in splendid, powerful colors.”
— Novalis