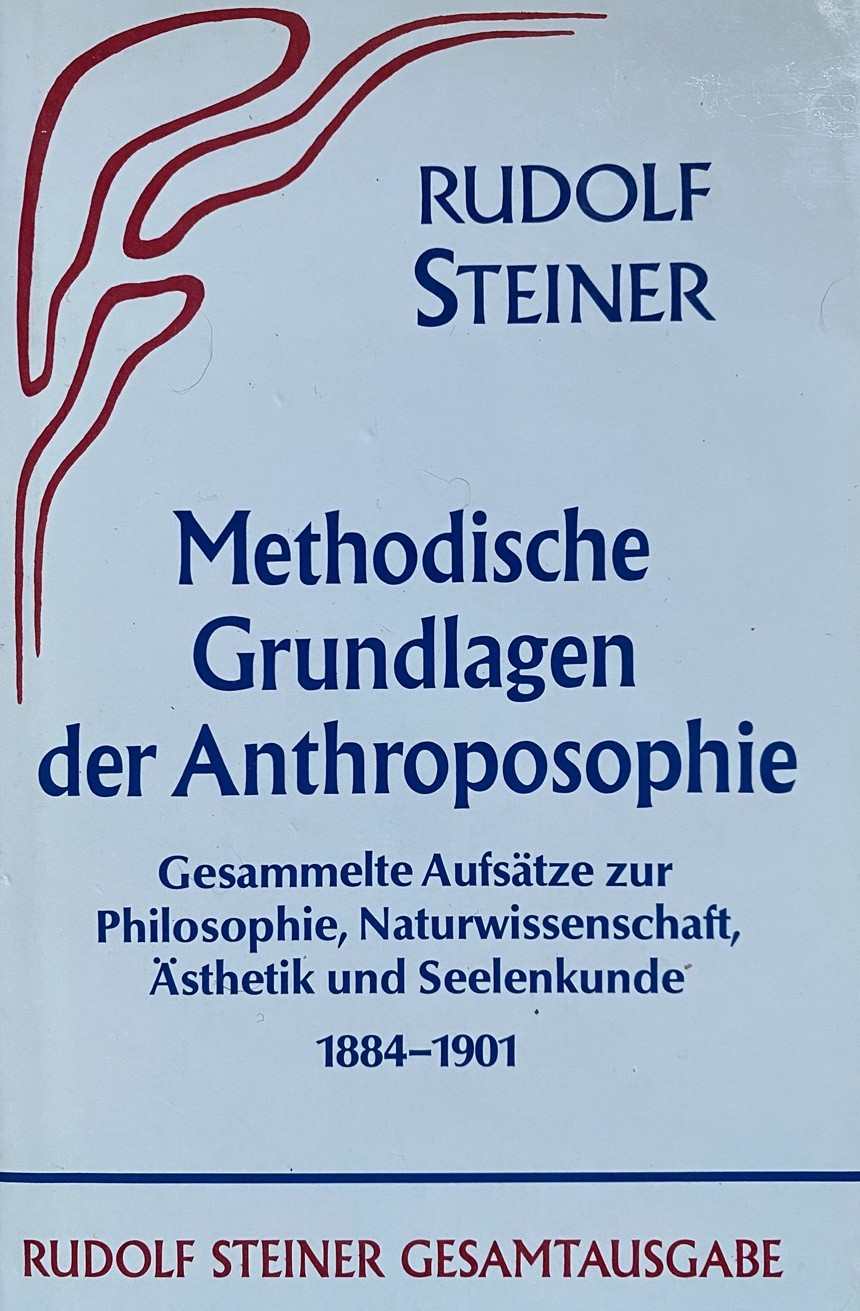 This short introduction to GA 32 was taken from an essay given at Dornach by Rudolf Steiner in June 1920.

For commentary and background to this essay, visit the post for September 8, 2021.

Anyone who takes an honest look at what I have written concerning Goethe’s natural scientific texts will discover first and foremost in all those writings a spiritual path or methodology. And as is natural, one also will discover that I have developed this path or methodology ever more in the course of time. Four decades now have elapsed since those first writings appeared in the 1880s.

What we now call anthroposophy can be divided in two ways:
1) the Way or method of Research, which includes the activity of searching and imagining; and 2) the Content that results from this Research, such as that content can be developed at the present time

Of course, it would not be an encouraging testimony to anthroposophical spiritual science if one had to say after these several decades: “Nothing new of value has resulted since the 1880s. The same things that appeared in publication in the 1880s are repeated again and again.”

But whoever considers this tendency of thinking or direction of research – or to use a more scholarly phrase: whoever considers this “methodology” – will find that everything that falls under consideration in such methodology found an earlier expression in the 1880s. The foundation and basis of what we now call spiritual science came to expression at that time. It goes without saying that this spiritual research, whose indications date from the 1880s, had first to grapple with a subject that sets the standard for modern spiritual development: namely, the scientific world view. First and foremost, therefore, I set as my task an initial confrontation with the natural scientific worldview.

This, of course, necessitated a confrontation with the contemporary philosophy of the time. Whoever believes otherwise misunderstands the content of what I have written up through the nineties of the last century. He will find there little in the manner of religious confessions and the like, but he will find again and again an effort to spiritualize the prevailing scientific discourse.

The times necessitated a confrontation with the leading tendencies of scientific thinking. But how was this to be done? In so far as possible, to explain how this was done, I will stick to the facts to show what I consider to be of significance.

The facts tell us that precisely at the beginning of the 1880s, those tendencies of thought that we call Darwinism, Haeckelism, and Darwinian Haeckelism set the terms for discourse within certain scientific communities. Haeckel was a factor to be reckoned with at that time. In the beginning of the nineties of the nineteenth century, he had given a speech, which at that time caused a sensation everywhere in the circles of education. We find the speech printed as “Monism as a Bond between Religion and Science.”

The causes of my involvement with such discourse communities as I mentioned may be seen from the following example. The first podium available to me prior to my relocation to Weimar was in Vienna. There I gave a lecture in which I unpacked Haeckelism – that is to say, in which I examined the manner in which Haeckel’s ideas and outlook influenced theories based on those assumptions. In this lecture I opposed “spiritual monism” to “materialistic monism.”

A few weeks after I gave this lecture I went to Weimar. At the time I arrived in Weimar, a philosophical movement was in process of attracting much interest in the educated world. This movement carried the name “ethical culture.” What did it propose? Essentially, it strove to situate ethics as a domain distinct and separate from an all-encompassing worldview. It suggested that morality and standards of ethical behavior were matters that could be realized without religion. They did not require, nor should they require, the support of a religious or spiritual worldview, it was argued.

I rebelled against such an outlook. To me, such an insecure foundation for ethics seemed impossible. The proofs that I held this opinion are to be found today by anyone who takes a sequential historical overview of my writings. The essays that I refer to [those from the 1880s and 1890s] will soon appear in a collection, ordered chronologically. And the proof of my assertion will stand there in black and white.

Why did I rebel? I rebelled because I disagreed with the notion that ethics could establish itself securely upon the merely posited basis of a world view. This was contrary to my own knowledge, and I felt restricted. I dealt with this topic in one of the first issues of the “Zukunft” (Future), which had just entered the world.

This essay concerning the problematic stance of the “ethical culture” movement attracted Haeckel’s attention. I had already resided in Weimar for quite a while. Haeckel lived in the same neighborhood in Jena. Although we had passed by one another on our ways, I had not bothered with him. My essay brought me to his attention, and he got in touch. I responded by sending him a reprint of the Vienna lecture that I just mentioned – a lecture whose content opposes materialistic monism with spiritual monism. I otherwise had not participated in the contemporary discussion. If someone suggests that I made an overture toward Haeckelism, the fact of matter is that Haeckel turned to me first. Moreover, it was in accord with that first meeting that an argument concerning natural science took place.

Whoever can read will plainly find this written down in black and white in “Welt- und Lebensanschauungen im neunzehnten Jahrhundert” (World and Life Views in the Nineteenth Century, 2 volumes, 1900 and 1901). This book is dedicated to Ernst Haeckel out of a certain reverential feeling for his courageous personality. Haeckel was great despite some questionable shady aspects of his character. In that book, I present nothing but that which can be argued from the basis of the natural scientific significance of Haeckel’s results. Nor can it be asserted in any way from a reading of that book that I had embraced “Haeckelism.”

Quite the contrary! Let me cite a personal experience. I once sat together with Haeckel in Leipzig and told him that it was a pity that he provoked in so many people a reaction contrary to his intention – namely, the opinion that he completely denied the reality of the spirit. He responded: “Is that what they think? Let me just show them a retort and demonstrate how everything comes into motion when substances mix.” There you have it. One saw that Haeckel imagined nothing else under the rubric of spirit than motion and movement. His naivete did not permit otherwise. He saw matter coming into activity and he called this “spiritual” or spirit revealing itself. He was basically naive towards everything that is called spirit.

This gives you an idea of my writings from the 1890s up to the essay “Haeckel and His Opponents.” Anyone who sincerely takes up these writings will discover that I offer something different from a purely material-scientific view. Such readers will discover that I offer something here in these writings of the 1880s and 1890s that confronts the general tendency of natural scientific thinking during these decades. I developed this critique more fully in 1897 with “Goethe’s Weltanschauung.”

What was written at this time then proceeds in a line of development to “Mysticism at the Dawn of the Modern Age” (1901; GA 7), a text developed almost simultaneously with the book “World and Life Views of the Nineteenth Century.” Such items are part and parcel of a developing, straightforward line of research that leads from natural scientific presuppositions to themes tackled in these books. I believe that the preface to this first book provides clear and emphatic evidence for this claim – in fact, the claim cannot have been emphasized more strongly than was done in the preface.