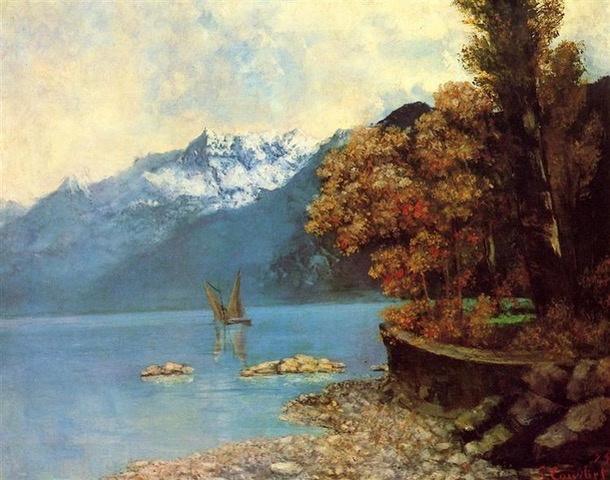 At the “Kitchen Talk” on April 26 I briefly discussed Dorothy Wordsworth and Mary Wollstonecraft. I took a brief detour to present and discuss William Wordsworth’s lovely sonnet to his daughter “It is a beauteous evening, calm and free.” Although I had thought to discuss Mary Wollstonecraft at greater length, along with some other important female poets, I decided to delay that discussion for the time being. I made this decision because in order to appreciate Mary Wollstonecraft’s very significant revolutionary contribution we will need to consider the background figures Edmund Burke and William Godwin — two writers who require a little time to contextualize. Additionally, a consideration of Mary Wollstonecraft moves us into a more detailed discussion of social/political themes. Since our emphasis up to this point has been “the greater romantic lyric”, Wordsworth, and the qualities of romanticism, I decided to delay that discussion. Instead, I gave close attention to Coleridge. I surveyed STC’s biography and career. After some conversation about the importance of German philosophy for Coleridge, I presented the poem “Ode to Dejection.” We spent at least half the evening on the poem, paying careful attention to its construction, themes, and to the particular use of the word “joy.” I also made reference to Coleridge’s attempt to “cross the threshold” (so-called), and to the phenomenon of inspired melancholy. I will unpack those themes more at the next kitchen talks (June 29, July 13). Ahead on the roster of texts to consider: “Kubla Khan”, “The Rime of the Ancient Mariner,” “This Lime-Tree Bower, My Prison,” and selections from “Biographia Literaria.” If you want to read ahead, just read the Coleridge section of the Dover anthology we are using. You can’t go wrong.

At our Section meeting on April 27, we discussed the upcoming visit in May of Douglas Miller and the planned upcoming visit in September of Christiane Haid. We also discussed the history of the Section work in North America. We made note of past and present challenges and opportunities. This discussion lasted for half the meeting. We took a short break for refreshment and then reassembled to hear Gayle present the poet John Keats and the poem “Ode to Psyche.” The words of the poet moved us to hear a reading of the poem “Ode on a Grecian Urn.” The evening concluded with conversation about Keats, and we finished with the Calendar of the Soul.