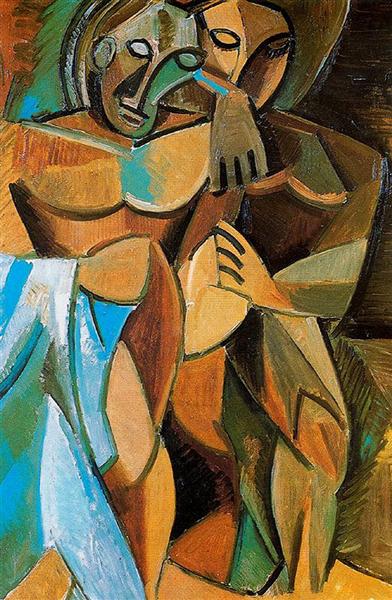 Section friends and members in Fair Oaks met on the evening of Tuesday, May 2, 2019 – an unusual day for us to convene. The reason: we were very delighted to be able to host Professor Douglas Miller from Michigan, a member of the Section Collegium, who was here visiting Fair Oaks to give a lecture at the Faust Branch on “The Fourth Goetheanum.” Doug had just been to Los Angeles, where he gave a complete day of back-to-back lectures at the LA Branch.

The evening began with a reading of the Calendar of the Soul – and then, music. I played about thirty-five minutes of classical guitar repertoire to settle the mood. Doug then presented an author new to our discussions: Franz Kafka. With warmth, sincerity, and good humor, Doug skillfully led us to consider the spiritual/karmic significance of Kafka’s meeting with Rudolf Steiner in Prague in 1911. This meeting is recounted in Kafka’s diaries. Kafka knew of theosophy (the anthroposophical societies had not yet come into existence, of course), and Kafka owned several books of theosophy and also discussed theosophy and Rudolf Steiner with his friends, one of whom knew Steiner and had arranged the meeting. Kafka went to the hotel where Rudolf Steiner had a room, and, like many others, he came with a question concerning his destiny. It is a remarkable moment to contemplate – and one, by the way, that Saul Bellow used as a scene in his novel, Humboldt’s Gift. Doug made reference to several of Kafka’s short stories and scenes from Kafka’s three novels to help us gain a nuanced understanding of this encounter with Rudolf Steiner. A lively discussion in our group ensued. In the middle of our conversation, the skies opened, and rain fell very hard, pounding the house loudly – odd, as the evening had been quite calm and clear at sunset. We considered, among the many topics touched upon: the likelihood of Kafka’s attempt to cross the threshold, the likely failure of that attempt, the reason for that failure, Kafka’s appeal to modernity and post-modernity, Kafka’s fondness for Goethe, and the importance of Kafka for the Section. Kafka spoke of his own writing as an example of clairvoyant activity. That being the case: what lived in his past and in his destiny that brought him so close to knowledge of the spiritual world and yet confronted him with such obstacles?

Here are the closing words of the Prague lecture that Kafka attended (which may indeed have offered an answer to the soul/destiny question that Kafka brought to Rudolf Steiner, as Doug explained):

“If we do not take theosophical teachings as dogma but understand how theosophy can be a real power in our souls, then it can be an element that sets the soul aflame so that it can take hold of the forces hidden there and bring them to where they realize their purpose. . . . By standing more firmly on the foundation of our physical world, we can learn to look up into the spiritual worlds without sentimentality and nebulous mysticism. It is the content of these worlds that we wish to bring down to us so that we can fit them into our picture of the physical world.”  — Rudolf Steiner, Lecture of March 28, 1911, in Eine okkulte Physiology (GA 128), pp. 196-197.)

This quote, by the way, might be very useful as we continue our exploration of British romanticism. I, for one, will keep it in my commonplace book!

After this discussion of Kafka, we turned our attention to the Section. We reviewed some of the Section’s past history and more recent developments. Contemporary events at the Goetheanum and at Arlesheim were discussed. Doug mentioned that he and Marguerite are translating a book about Schiller written by Sergei Prokofieff. Hölderlin received mention, and Rilke. Questions came forward concerning Albert Steffen, whom we have discussed several times in previous meetings. Doug shared insights from his long and deep experience with the Section and its work and history, and he also shared some observations concerning Steffen’s literary style and oeuvre. The evening concluded with refreshments and conversations.

Many heartfelt thanks again to Doug who traveled so far to share this evening with us — truly memorable! And thanks to all of you who attended and shared to make this a very lively and inspiring event! (Psst . . . do I intuit a conference in the future, maybe? Hint hint.)

“As Gregor Samsa awoke one morning from uneasy dreams he found himself transformed in his bed into a gigantic insect.”
— Franz Kafka

← Previous The Greater Romantic Lyric Next The Modern Prometheus →