“A Christmas Carol” by Charles Dickens 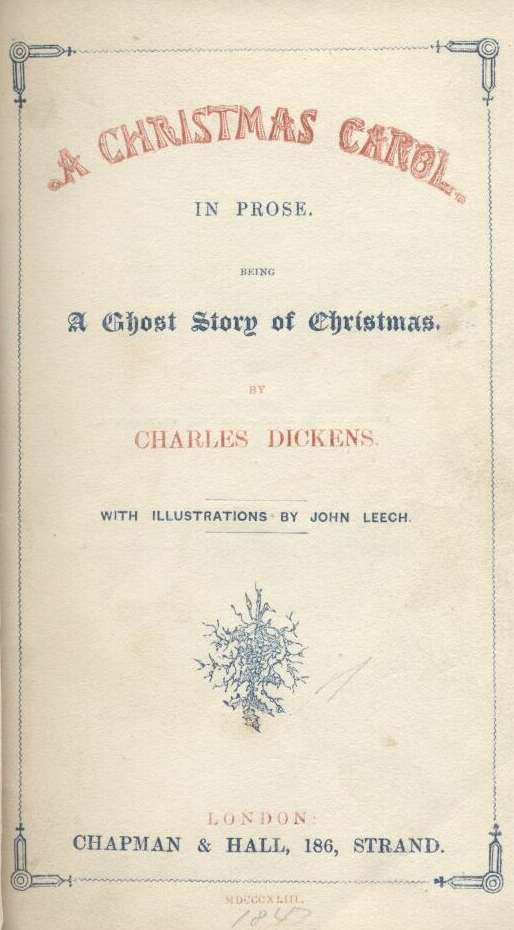 Original Cover of the 1843 Edition

An abridged performance narration for the New Year, 2021

This performance video of the famous Dickens’ tale was done at the invitation of the Fair Oaks Faust Branch as part of their Holy Night schedule. The Branch requested a New Year’s Eve entertainment.

The Dickens’ tale is familiar to the point of boredom for many, but it never gets old for those who have youthful ears. It works on several levels: as a morality tale of Everyman, as a sentimental seasonal goodie suitable for Broadway celebration, as a Christian homily, etc. For students of the Tradition, however, it is a Mystery Tale. Scrooge’s “three-night journey of the spirit on Christmas Eve” narrates an Initiation. His shamanic trafficking with the dead and with spirit entities leads to an enlightenment and resurrection – to a soul retrieval; in fact, his own . . . for when he returns to life renewed and reborn on Christmas Day, he is a new human being. Those who view Scrooge through the lens of cartoon cliché deny themselves access to the full experience, one might suspect. Did Dickens write the tale fully mindful of Mystery?

Dickens’ novels and narratives worked very deeply into the hardened souls and sensibilities of his materialist contemporaries. His humanity and good humor are Shakespearean. He stands in that lineage. His “Christmas Carol” is an Everyman tale for the winter solstice – an Initiation drama, for those who have mind for such events.

I’m including this tale in the site’s “Myths, Poems, Legends” section – although it works upon the soul like fairy tale, some might suggest. And those who have read Dickens closely, his longer works, know much of the importance of fairy tale in Dickens’ novels.

The music at the end is the traditional “Silent Night,” followed by the familiar hymn and seasonal anthem “In the Deep Midwinter,” the lyrics for which were written by pre-Raphaelite poet Christina Rossetti. Rossetti lived a few decades after Dickens, and in a nod to the Master she titled her poem “A Christmas Carol.” This is followed by the Sarabande from Bach’s 6th cello suite.

For those who wish to read Dickens in a Christian context, here is a link to an interesting article in a publication from the Christian Community in the UK entitled The Gospels in the Work of Charles Dickens.

← Previous An Advent Celebration Next A Moment of Redirection and Opportunity →