A Moment of Redirection and Opportunity 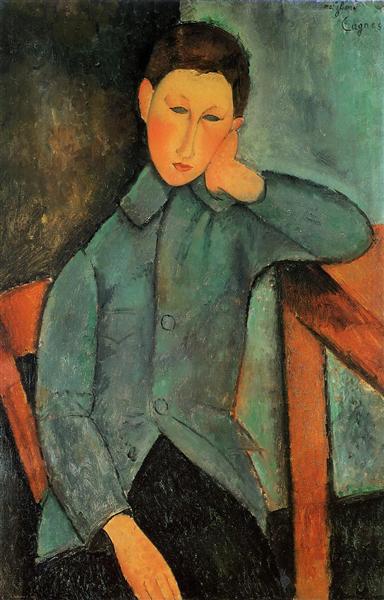 “The Boy” by Amedeo Mogdiliani

As the year 2021 begins, we find ourselves at a moment of redirection and opportunity. As Yogi Berra famously said: “When you come to a fork in the road, take it!” Should we continue to deepen our study of Novalis? Shall we devote ourselves more consequentially to the early romantics, to British Romanticism, American literature, Nathaniel Hawthorne, Emily Dickinson, South American literature, Dogen, or other literatures? Should we broaden our definition of “text” to include matters outside the written word? Should we adopt a comparative literary approach? Should we focus on a single author or should we rather work thematically? Is a comparative historical approach to be recommended? That is to say, should we compare and contrast literatures from various countries or historical periods? Should we perhaps give attention to classics of literary criticism, such as D.H. Lawrence’s provocative and brief introduction to American Literature, Studies in Classic American Literature? An excellent chatty joint where to begin an American road trip, I have found. Or peruse works of other literary critics? Many fine ones spring to mind — American or otherwise. Or perhaps we should become more familiar with the modernist period of the early twentieth century — the time that saw the development of the anthroposophical movement and Society? Or perhaps we might take only two years from this important moment — 1922 and 1923? Or for that matter, simply the year 1923 — or as GA 259 titles it “Das Schicksaljahr 1923.”

Considering the anniversary moment we are approaching with the Foundation Stone Christmas Conference, this perhaps would be my personal preference: to read the year 1923 closely — attempting to read it within an art historical, literary, philosophical, and social/historical context in order to situate the moment more exactly in our awareness — and of course in the hope that fresh artistic inspirations might arise and that our work might assist and inspire others who share an interest. We already have a grounding for such study in Novalis, Goethe, and Schiller. Sadly, however, this route would keep us in the German language world — which may be undesirable or unwise. On the other hand, we could easily broaden our survey to include other language worlds and/or poets of the era: T.S. Eliot, Ezra Pound, Virginia Woolf, and W.B.Yeats leap to mind. So, until we decide which way to zig or zag, let’s sleep on it! And let’s start the meeting next week with priority given to this discussion and decision. Also, let’s hear from everyone in the group as we always have done in the past when we decide on a destination for our adventures.

To assist a bit more with this process, here is a link to a page on the local group’s website that gives an overview of the topics our local group has discussed over the past ten years. The list is not inclusive of everything we have done, but it’s a place to start, maybe, as we ponder: what next? (Link to About page) 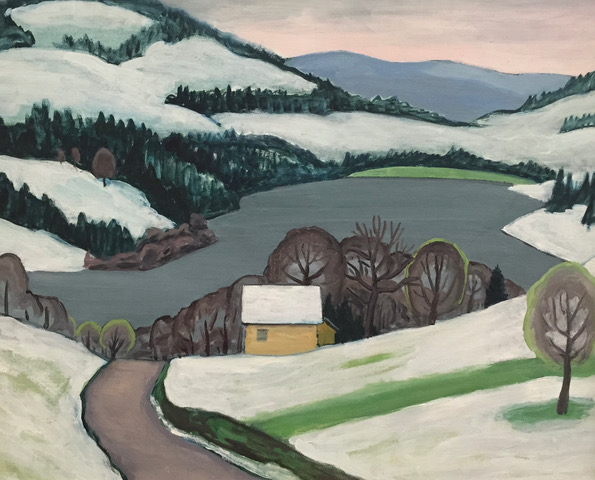 Lake in Snow” by Gabriele Münter

The Woods are Lovely, Dark, and Deep

Meanwhile, we all are busy reading and studying! And writing? And Zooming! Natch! Winter is a time of retreat and reflection, sleep and renewal.

As noted, I have been spending time with Goethe’s Fairy Tale. I’ve been looking at it in respect to its historical and social contexts — in regard to its decisive importance to the Mystery Dramas and the anthroposophical movement — in respect to Steiner’s contextualizing lectures and essays in which he re-presents Goethe — and in comparison to Schiller’s Aesthetic Letters, a companion work to the Fairy Tale. We might of course read these works as “fairy tale” and “philosophy” in an ideal sense— but a more social/psychological or historically oriented reading might wish to situate these important texts as responses to times of revolution and social upheaval, to moments of history in which the individual felt compressed, isolated, threatened and under siege by external forces and events of daunting magnitude. In the case of Schiller and Goethe and their contemporaries, the crisis at hand was the Age of Revolution — specifically, the French Revolution. Our modernity, some have suggested, begins with this Big Bang. We should also bear in mind what Steiner has said about the School of Michael in respect to events at end of the eighteenth century and the early nineteenth century — and artworks representative of this moment.

My other area of personal research right now is the poet Rilke. He’s received some attention in our Section, although we never focussed on him as a topic of group research. I’ve been delving into the Sonnets again, and the Elegies and Malte, and the biography, letters, and criticism and memoirs generally. 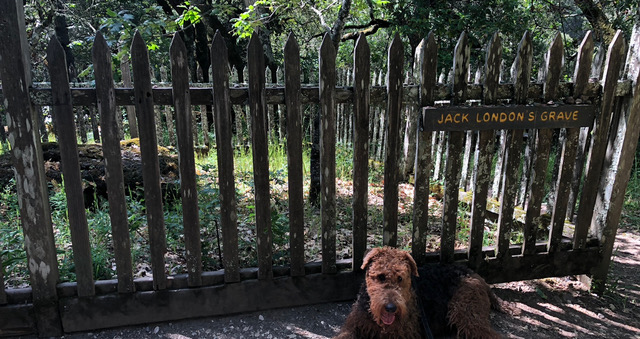 Lastly, as we contemplate our next steps, let’s not overlook the richness of our own literary tradition right here in Northern California. Mark Twain spent formative years in the foothills. Jack London grew up just down the river in Oakland, and he is buried on his Beauty Ranch estate in Sonoma — which in better times we might have visited on a field trip. I’ve been there several times — on personal pilgrimage to Jack’s grave and to contemplate the ruins of Wolf House. Jack is a complex author — too frequently dismissed by “serious” folks. A socialist and visionary, as well as an adventurer and reactionary. His biography speaks to the formative years of America at the beginning of the twentieth century, and a new biography by Earle Labor was recently published. I recommend it. Jack’s wife or “soul mate” Charmian is a heroine in her own right. The two used to exercise by putting on the boxing gloves and having at it. While Jack, of course, earned money as a fighter and knew his way around the ring as a martial artist, Charmian reportedly held her own and knocked Jack on his butt a few times when they were sun shining on their leaky schooner on a mad adventure to the South Pacific. But aside from Jack, we have the Beat Renaissance in the San Francisco / Bay Area — or down at Big Sur, Henry Miller, a painter and exquisite author whose works unite us with Paris and authors such as Anaïs Nin. (For a hoot and a Howl — pun on Allen, of course — you might want to check out Miller’s memoir Big Sur and the Oranges of Hieronymous Bosch.) Robinson Jeffers is of course another Yank who found vistas of inspiration on the cliffs of Big Sur. And there’s no shortage of contemporary poets in Norcal! We’re living in a Renaissance of verse.

“I have never let my schooling interfere with my education.”
— Mark Twain

← Previous “A Christmas Carol” by Charles Dickens Next The Time Is At Hand! →