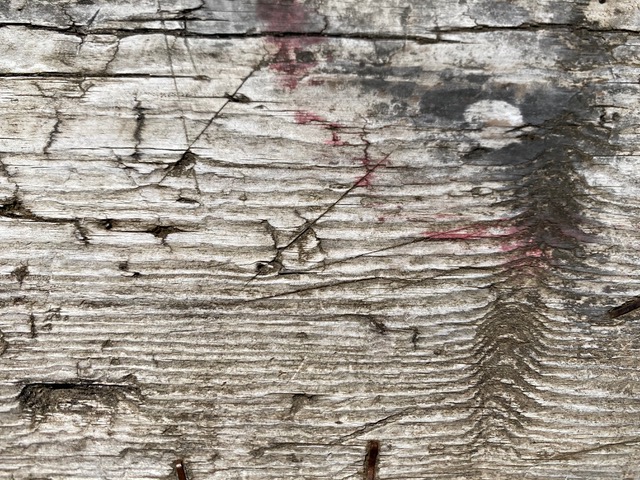 Here is a summary of the recent weekly Section for Literary Arts & Humanities meeting of the local group in Fair Oaks, CA. This meeting occurred on September 19, 2020 via Zoom.

“Human beings travel many paths. Whoever pursues these paths and makes comparisons will discover curious figures  – figures that appear to belong to a grand mysterious script that can be found everywhere: on wings, eggshells, within clouds, snow, crystals and mineral formations – on freezing water, in the depths and heights of mountains – plants, animals, human beings – in the lights of heaven, on cracked fragments of amber and glass, in the iron filings gathered by magnets, and in the marvelous alignments of chance. Observe!”— Novalis; The Apprentices of Sais

Well, our meeting had three parts: Announcements, Presentations, Artistic Offering. This summary is a bit lengthy because we covered a lot of ground.
As far as Announcements go: 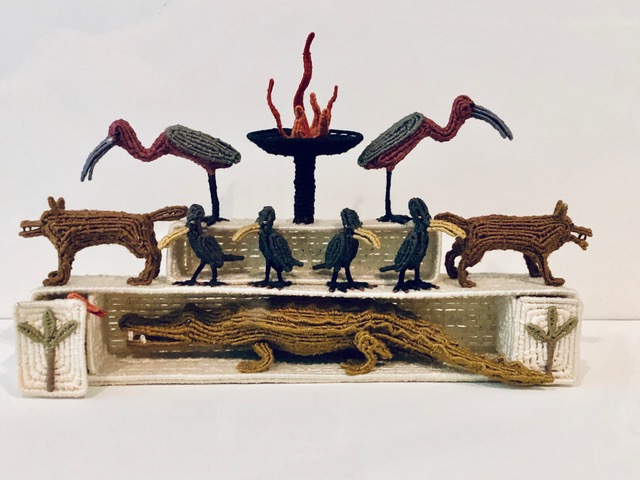 Gayle and I gave presentations that complemented one another thematically.

I started off by discussing the cello suites and lute suites of Bach, which have been occupying my attention recently. In these suites, as in much of Bach’s music, Bach achieves a magical balance (to use a term from Novalis) in which the music “hovers” between the sacred and secular — denying neither, honoring both, finding revelation in balance. I used this example to draw attention to how important music was for Hermann Hesse. Although the novel we are reading includes only examples from the visual arts, those familiar with The Glass Bead Game and Steppenwolf will have encountered musical references in those books. In Steppenwolf, for example, Hesse makes much of the “Immortals” — prominent among the said company is Mozart.

The music of Mozart, like the music of Bach — like much of the humanist literary tradition that we inherit from the Renaissance — strives for a “hovering” balance (the word “hover” as Novalis uses it) — balance such that the world of the senses is not lost for love of the spirit and the world of the spirit is not lost for love of the world of the senses. I made reference to our previous work with Goethe and to the famous closing lines of Wolfram von Eschenbach’s Parzival, a poem that I hope we can spend more time with in the future, since it stands so importantly at the beginning of the literary tradition we are studying:

“A life so ennobled that God is not robbed of the soul through fault of the body, and which can obtain the world’s favor with dignity, that is a worthy work.”

I suggested that we resist the temptation to read Hesse’s novel in a topical way — but rather that we play with it as a fairy tale, parable, or a drama in the tradition of Schiller —  or even, to use the word in its older sense — as “Romance.” I referenced past meetings in which Terry loved to share his understanding of the poem Sir Gawain and the Green Knight — in which “romance” and “adventure” indicate the Grand Adventure of Becoming Human. Does either character in Hesse’s novel meet the mark? Narcissus entertains, one might argue, a Mephistophelian role in respect to the awakening of Goldmund. Goldmund, once awakened to the “siren call” of the Grand Adventure, then ventures forth into the world, for better or worse, sallying hither and yon, and facing various trials, often in the style of two other famous lover/philanderers, Gawain and Faust.

Although Goldmund lacks Faust’s characteristic cruelties, he also lacks Gawain’s martial panache. Goldmund is an artist — but a very undisciplined one, to be sure! Never sticking to the task. Always “back sliding” — as Master Niklaus might complain — and not living up to his talented potential, really. But is this a fault? Recall that for Novalis, the calling to become a Poet is also, in truth, the calling to the Grand Adventure — it is not a summons to scribble verse. It is a summons to Wake Up! To discover one’s wyrd — to use an older Anglo Saxon term. Compare, again, to Parzival. Compare also Goldmund’s many love affairs to Goethe’s activities — or, if that is not your cup of tea — then think of the ending of Faust and of the scenes in Part 2 of that play that concern us with “the Mothers.” True, one problem with Hesse’s novel: it’s too much of a boy’s book. But Hesse is in grand company, is he not? Consider the scenes in Klingsohr’s Fairy Tale in Heinrich von Ofterdingen and the role of the “mother” and the feminine in that “fairy tale.” And then read Goldmund’s final words: 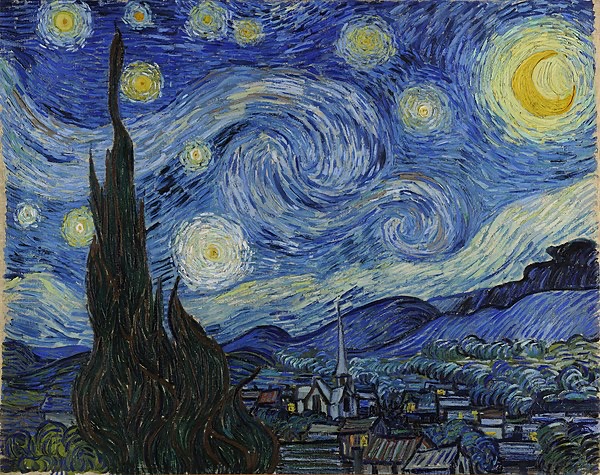 E. M. Forster’s famous motto “Only Connect” is useful here. What do we do when we “study” literature? Well, along with perhaps (maybe) awakening to the Grand Adventure of Becoming Human: we compare and we contrast and (hopefully) make connections — if things go accordingly as they should, we might even learn to “think” like a poet, in the sense that Novalis uses the word: we might learn to think with metaphor, to balance contradictions artfully — or following the words of Keats, we might learn a capacity for what Keats famously called “Negative Capability”

“Several things dovetailed in my mind, & at once it struck me, what quality went to form a Man of Achievement especially in Literature & which Shakespeare possessed so enormously — I mean Negative Capability, that is when man is capable of being in uncertainties, Mysteries, doubts, without any irritable reaching after fact & reason — Coleridge, for instance, would let go by a fine isolated verisimilitude caught from the Penetralium of mystery, from being incapable of remaining content with half knowledge. This pursued through Volumes would perhaps take us no further than this, that with a great poet the sense of Beauty overcomes every other consideration, or rather obliterates all consideration.” — From a letter written by Keats in December, 1817

I mention Keats here because we featured Keats at the end of our meeting last night. As mentioned earlier, it is helpful to read the word “Poet” here with all the magical idealist connotations for human becoming that Novalis helps us to understand. Two souls reside, alas, within my breast,
And each one from the other would be parted.
The one holds fast, in sturdy lust for love,
With clutching organs clinging to the world;
The other strongly rises from the gloom
To lofty fields of ancient heritage.

The figures of the “scholar lost in abstraction” and the “unthinking traveler” who enjoys life only from the experience of subjective feelings — these stand in contrast here, and Gayle used the contrast to illuminate the tensions and contrasts that greet us in the relationship of Hesse’s two characters. She closed her discussion by referring us to the cycle of lectures Awakening to Community (specifically Lecture 9), and with references to “reverse cultus.”

Narcissus and Goldmund can be seen as a quest for self-actualization, to use a more modern term.  Similarly, the theme of chapter 2 of The Philosophy of Freedom is to characterize True Individuality in preparation for [Steiner’s] later treatment of ethical Individualism.
The hallmark of a true individuality is the ability to gather experiences.  A person rich in experience avoids the one sidedness of both the unthinking traveler and the scholar lost in abstractions.
Steiner will go on to explore the dichotomy of thinking and feeling, warning that the abstract thinker may reduce what is individual to a mere specimen of the concept, while the person of feeling derives deep meaning only for himself. However, [Steiner] concludes that there is a merging of the two in the true individuality who reaches up with feelings to the furthest extent into the realm of the ideal.
It appears to me that neither Narcissus nor Goldmund achieve this final stage of development, although they seem to exemplify a kind of wholeness through their deep love when they are together.
In his first lecture to the Goethe Society in 1888, Steiner declares that the artist does not bring the divine on to the earth by letting it flow into the world (like the old cult); he raises the world into the sphere of the divine. Much later he will share the following, which has a similar gesture: “If I were to speak pictorially, I would put it thus: the community of the cultus seeks to draw the angels of heaven down to the place where the cultus is being celebrated, so that they may be present in the congregation, whereas the anthroposophical community seeks to lift human soul into super-sensible realms so that they may enter the company of angels.

Is it possible, as Gayle suggests, that the heart of Hesse’s novel lies not in either character of the title, but elsewhere? Is Hesse, like Steiner, more concerned with how the lemniscate is woven between world and spirit — a magical idealist theme that reminds us, again, of Novalis? Finally, we closed the meeting with an artistic offering: Margit’s reading of John Keats’ poem La Belle Dame Sans Merci, which we related to our current studies of Hesse. One year ago, while we studied Keats, lightning struck the 200-foot redwood tree during our meeting, causing the airedale to leap onto Dan’s shoulders from a flat-out slumber. As Narcissus told Goldmund: Wake Up!

Here’s the video for those who wish to hear Margit’s recital with musical accompaniment.

“Look,” [said Narcissus to Goldmund], “I am superior to you only in one point: I’m awake, whereas you are only half awake, or completely asleep sometimes. I call a man awake who knows in his conscious reason his innermost unreasonable force, drives, and weaknesses and knows how to deal with them. For you to learn that about yourself is the potential reason for your having met me. In your case, mind and nature, consciousness and dream world lie very far apart. You’ve forgotten your childhood; it cries for you from the depths of your soul. It will make you suffer until you heed it.” — Hermann Hesse, Narcissus and Goldmund

“Conscience is the innate mediator of every man. It takes the place of God upon earth, and is therefore to many the highest and the final.”

“Where are we going then? Always toward home.” — Novalis, Heinrich von Ofterdingen, Part 2