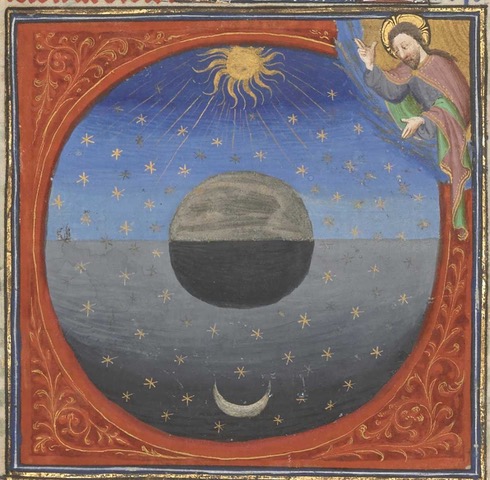 Here is a summary of the recent weekly Section for Literary Arts & Humanities meeting of the local group in Fair Oaks, CA. This meeting occurred on August 29, 2020 via Zoom. At this meeting, we continued our consideration of Novalis.

Stars, music, literature — what a splendid concert! I hope that as we proceed we will be able to find more opportunities for collaboration with Brian. Novalis draws our attention to fairy tales, and one important reason that he does this is due to the mythological/spiritual/archetypal nature of this genre — it rests upon timeless verities of human spiritual experience — such timeless verities and dramas as the human being first encounters in the drama of the heavens. In the nineteenth century, a trend toward representative, socially-oriented, topical, personal-psychological, anecdotal literature came forward. But with the end of the Kali Yuga, writers and artists once more turned to myth and spirit — to the deep wells of human experience, such as the sages once contemplated in the stars. This turn to myth and spirit is reflected in many works associated with modernism (Mann, Joyce, Rilke, Hesse, Eliot, Powys — to mention only a few) — and to his credit, Novalis anticipated this turn.

Rather than summarize Brian’s talk, here is a link to the recorded Zoom session. Enjoy! Next week Alice will give a presentation on the “Dedication” poem found at the beginning of Heinrich von Ofterdingen. She will make use of eurythmy forms that Rudolf Steiner created for this poem. These are in the form of a canon, Alice tells us. Of course, the Zoom medium is somewhat constrictive when it comes to movement — but the imagination remains forever free. Eh? Alice will distribute materials directly to the Zoom participants and lead us into this realm of experience on Saturday. Thank you, Alice!

Following this presentation, and depending on the time remaining, I have some more material that I can share regarding Hymns to the Night, such as the structural use of the number 6 in the poem. Or, if time permits, we might instead rather premiere the new performance video of the fairy tale Jorinda and Joringel, which Marion and Margit recently narrated. By the way, this work with “fairy tale” arises directly from our Section work with Novalis — although the effort has more of an artistic/performance emphasis. The next performance video is in production — along with a performance video (original music and voice recitation) of a poem by John Keats: La Belle Dame Sans Merci. The Section covered this Keats poem a few months ago in the “kitchen talks.” Ah, those were the days! Fled is that music! Do I wake, or do I sleep?

“The spiritual world is in fact already open to us.
It is always open.
If we were to suddenly become so alive and supple to perceive it,
We would perceive ourselves in the midst of the spiritual world.”
— Novalis

“I often see and feel the outer world connected and in harmony with my inner world in a way that I can only call magical.”’
— Hermann Hesse