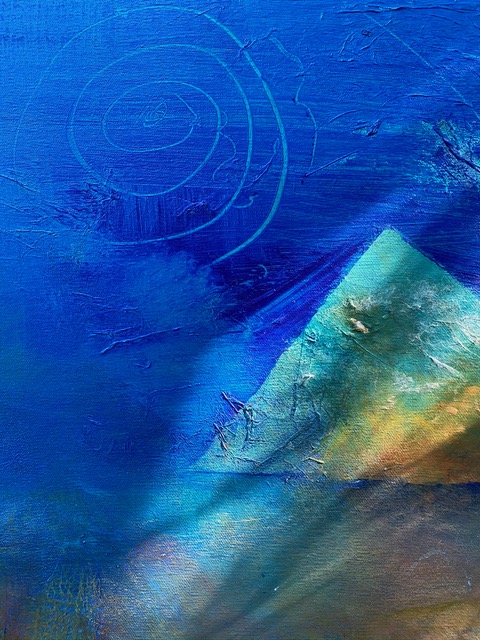 Here is a summary of the recent weekly Section for Literary Arts & Humanities meeting of the local group in Fair Oaks, CA. This meeting occurred on August 22, 2020 via Zoom. At this meeting we continued our consideration of Hymns to the Night by Novalis.

At this meeting we read aloud and discussed sections five and six of Hymns to the Night by Novalis. Section five is longer than sections one through four combined, and in this lengthy section, the poem changes tone and emphasis. We discussed thematic parallels with the fairy tale in chapter nine of Heinrich von Ofterdingen. I drew attention to Friedrich Schiller’s poem The Gods of Greece (1788, 1800) in which Schiller presents a theme very similar to the themes and ideas in section five. Schiller’s poem gives us an early example in the late eighteenth century of the trope of the “vanished gods” — a thought that we hear expressed also in a verse by Rudolf Steiner, “The stars once spoke to the human being,” and in other places.

For Schiller, the disenchantment of the world brought on by this “twilight of the gods” (not Schiller’s term, but of similar fabric) leaves the human being with the responsibility to “worship the one” (Schiller’s phrase) — in other words, to forge out of the forces of free and moral spiritualized human heart-thinking a new relationship to the spirit. This is, for Schiller, largely a turn to philosophy, however. Novalis, who was a devoted and enthusiastic student of Schiller, develops this idea poetically in Hymns to the Night but adds a Christic dimension that is lacking in Schiller. In notes written on the manuscript copy of section five of Hymns, Novalis scribbled these key reminders to himself — it is a kind of quick sketch of the thematic territory he wished to traverse in section five:

The words italicized were given that emphasis by Novalis. Since we have been working with Novalis now for many weeks, what leaps out as of special significance in this fragment are indeed the italicized words, most especially “Mit den Menschen ändert die Welt sich.” Holding this in view, what one might find in reading the Hymns is an early-romantic poetic gospel of Christ — a magical idealist gospel of the Christ deed as metaphor for the inner spiritual challenge of transformation confronting the human being at this time — a theme which Schiller also presents in his poem, but from the metaphor-standpoint of German-Classicist Greece.

In another famous fragment that I’m sure most of us know quite well (“the world must be romanticized”), Novalis writes: “thus is Christ from this perspective the key to the world.” It is tempting to read this fragment and the Hymns as theology rather than poetry. Would this accord with Novalis? If we place Hymns to the Night side by side with Heinrich von Ofterdingen, we might come away with a comparative reading that deepens understanding of both texts in the direction of poetry — taking poetry here in the sense that Novalis understood the practice and calling of the poet. As noted earlier: for Novalis, the spirit world is less a “what” than a “how” — and the means by which this “how” can be accomplished is found through the practice of poetry — that is to say, magical idealism.

From this perspective, a window appears to open to a more literary understanding of what Novalis might mean when he says, for example, in those italicized words mentioned above: “Mit den Menschen ändert die Welt sich.” Once more, the key to this pronouncement is “magical idealism,” a phrase that Novalis first uses explicitly in the Teplitz Fragments written after the initiatory experience at Sophie’s grave in 1797 — a phrase which for Novalis is indeed by self-admittance “key” to his life, his philosophy, his poetry, his destiny. He calls this a “very great idea,” a very great discovery, in a letter written in 1798 to Friedrich Schlegel.

Freiberg. May 11, 1798.
Friedrich von Hardenberg to Friedrich Schlegel in Berlin.

“I am rather industrious and rather rich in insights. There is one idea that I am seeking now to develop, of whose discovery I am rather proud. As soon as something is understandable about it, you will immediately receive an update. It strikes me as a very great, very pregnant idea, which throws a light of greatest intensity upon the whole system of Fichte—a practical idea ∞. Please forgive me that I pique your curiosity without satisfying it. – I cannot yet offer you true satisfaction and yet at the same time I must share my joy—since it touches nothing less than the possible, evident realization of the bravest, most daring wishes and intuitions of all time—upon the realization of the highest art of analogy and understanding in the world.” [most daring: “kühnsten”; note the word play here on Sophie’s last name, “von Kühn” / “evidente Realisirung der kühnsten Wünsche…”] 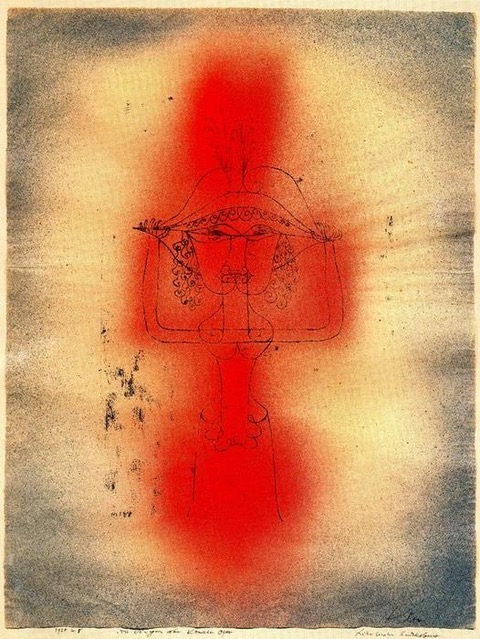 We then went on to the final section six of the poem Hymns to the Night — the only section that received a title. The title is “Longing for Death.” We discussed how Novalis presents death in the poem — and Alice drew attention to the word “transformative,” which she noted first comes into usage in the way that we presently understand it through Goethe’s writings and thought. The verse of section six is very much in the form and rhythm of song — such as might be set to music and celebrated in church by a congregation — that is to say: the “I” of the poem’s beginning, which turns to the night in solitude, now situates itself rightfully within the “I” of community. The “I” does this at the conclusion of a poetic journey of initiation and insight.

Parenthetically, we posed the question: Is this perhaps a “key” to the identity of the mysterious “singer” whom we meet only briefly in section five? We hear sympathetic resonance with the Gospel of John, certainly — but how do we explain the singer’s mission to the east, as briefly sketched in section five? In previous meeting summaries, I reported on Albert Steffen’s reading of Novalis — where Steffen reminds us that Novalis, unlike Dante, points to the future. Dante is the culminating expression of an age. Novalis is the signatory herald of future time. This, too, is noted by Novalis in the notes to himself for section five: “Die Welt der Zukunft.” Might we then possibly read the “singer” as a herald of a new rapprochement of so-called east and west? — each world transformed, as it were, by the magical idealist activity of the human? Alice offered very helpful citations from Friedrich Hiebel:

“The singer is a mysterious figure. He is given no name. He can be traced to no literary model. He suddenly appears in the fifth hymn, in the middle of the story of redemption, only to vanish again without further mention. He comes from Hellas to Palestine, consecrates himself to the new divine revelation and passes on to India to proclaim the tidings.” (Quoted from the English translation published by UNC Press; in the German edition this quote is found on page 240.)

Or perhaps another clue to the identity of the mysterious “singer” is to be found if we follow a remark made by Gayle concerning Orpheus and the renewal of the Orphic mysteries. A similar theme of Orphic initiation and renewal/apotheosis might be discerned in the poetry of Rilke — for example, in the Sonnets to Orpheus, and elsewhere. It is very much a central literary theme of modernism, one might argue. Friedrich Hiebel also mentions Orpheus briefly in relation to the mysterious singer from Hellas, calling this singer the “herald of Orpheus” and pointing us to a fragment in which Novalis wrote these words: “The reconciliation of the Christian with the pagan religion. The story of Orpheus, Psyche, etc.”

We have not spent much time on the relationship of Novalis’ poetry to Orpheus — or for that matter, we did not have time to discuss the Grail or alchemy in relation to the novel HvO — or to the Hymns. Perhaps we can return to these topics in the future. After recitation and discussion of sections five and six, we paused to spend brief minutes in consideration of what we are going to do next. Hmmm . . .

I have suggested that we read Hermann Hesse’s novel Narcissus and Goldmund. Several members of the group have expressed an interest in this. While it might seem that Hesse is a departure from Novalis, I do not think we will suffer disappointment if we read this book. Rather, I think we will find that Hesse “applies” and “amplifies” Novalis throughout his writings — and that the novel Narcissus and Goldmund, much like Heinrich von Ofterdingen, is shot through with themes and imaginations that stream directly from the magical idealist universe. Certainly Novalis is a writer with whom Hesse felt a deep spiritual affinity. And — oh heck, why not? — we can cycle back and forth and/or meander as the mood takes us — or “hover”, as Novalis prefers to say — between authors — we could cycle back to Sais even? Eh?

Hesse, like Thomas Mann, saw himself quite self-consciously as one of the last literary artists to inherit and carry forward the spiritual literary lineage of Goethe, Schiller, and Novalis (so important to the birth of anthroposophy, as we know) — and in this context, Hesse wrote with typical coy humor and a faint ironic smile these introductory words in an autobiographical essay titled A Life Briefly Told: “I was born toward the end of modern times, shortly before the return of the Middle Ages . . . “

Quick reminder: next Saturday Brian Gray will join us to talk about the birth chart of Novalis. Thank you, Brian!

“I often see and feel the outer world connected and in harmony with my inner world in a way that I can only call magical.”’
— Hermann Hesse