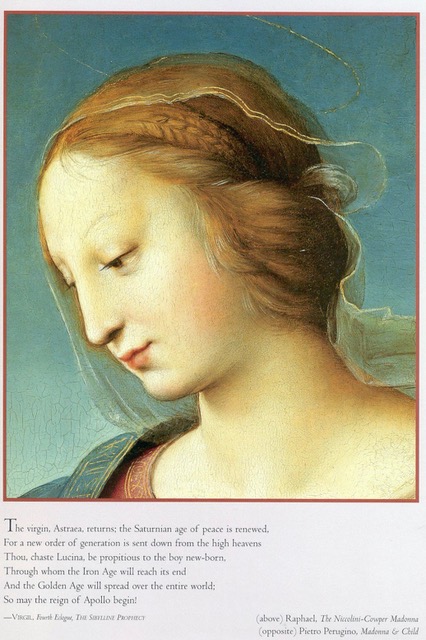 Here is a summary of the recent weekly Section for Literary Arts & Humanities meeting of the local group in Fair Oaks, CA. This meeting occurred on August 15, 2020 via Zoom. At this meeting we continued our consideration of Hymns to the Night by Novalis.

We tried something a bit different on Saturday. We took turns reading aloud Hymns to the Night by Novalis. Marion started us off by reading the beginning of the poem in German. She read from the “Handschrift” version. If you don’t know this manuscript draft, it is worth looking at. While the final version of the poem presents the first section as prose-poetry paragraphs, the manuscript shows the lines written in a manner similar to free verse. We also looked at a reproduction of a draft page from the poem in Novalis’ handwriting.

While Zoom may not be the most felicitous forum for poetry reading, I guess it can be imagineered for such purposes as the spirit of the times might require. I had the pleasure recently of joining an online Zoom writers’ salon sponsored by Jean Yeager and the Biodynamic Association. Several poets and writers shared their work. Here in Fair Oaks, you might have noticed that most of our meetings have a literary-critical emphasis. This is happenstance. In our formative years of meeting — nine years ago or so — we sometimes shared original poetry, but this feature of the meetings fell away in recent years when the group decided to concentrate on Shakespeare’s later plays, Goethe’s Faust Parts One and Two and other writings by Goethe, Schiller, and then more recently, the British Romantics and Novalis.

But perhaps other groups in local areas will proceed in a different fashion — or perhaps the emphasis in Fair Oaks will shift again over time. In the brave new world of Zoom and Livestream, many opportunities may arise for local groups to share their activities and inspirations. I hope we see more creative writing in the Section.

Brian Gray has graciously agreed to join our Saturday meeting on August 29. At that meeting, Brian will discuss the birth chart of Novalis. As noted, next week August 22, we will continue with reading aloud Hymns to the Night, and we might have time for some discussion. One topic that recommends itself, perhaps, is a comparison of Part Five of the poem with Klinsohr’s Fairy Tale in Chapter Nine of Heinrich von Ofterdingen. Or perhaps we could talk a bit about the left hand and right hand paths of initiation, as some scholars have phrased it.

And, I expect that we will find ourselves with a decision as we approach Michaelmas: whether or not to proceed with Novalis. If we do proceed, what will we read next — or if we digress, whither? Any ideas? One author whose name has been repeatedly mentioned in the context of our study of Novalis is Hermann Hesse. Hesse was very much influenced by Novalis, as Hesse admitted in many essays and letters. His novel Narziss und Goldmund has close thematic affinities with Novalis. This is especially clear when we follow Goldmund’s artistic quest for the Holy Mother or Great Goddess. Goldmund’s entire life revolves around this ecstatic vision quest — and his striving for artistic enlightenment leads him through times of plague, civil disorder, and pandemic.

Hesse contrasts Goldmund’s left hand path with the right hand path followed by Narziss. Narziss, the ascetic monk/philosopher, loves Goldmund and follows him with the light of clear thinking/understanding — although Narziss remains unable to experience the “realms of night” to which Goldmund has visionary access. Hesse’s final book, Das Glasperlenspiel (Magister Ludi in English, I think) is equally fascinating, however — and it might be a contender. I had a professor in college who argued that the Pedagogical Province Castalia, while clearly a nod to Goethe, was also a reference to Dornach.

Look for an announcement in the coming weeks of another Section New Moon Salon. Marion, Margit and I have been working on a new performance video/recording of a fairy tale, and we are just about ready to premiere it online. Stay tuned!

And, apropos fairy tales . . . I posted a German language version of Hyazinth und Rosenblütchen — the fairy tale by Novalis. Here is the video, in case you want to check it out:

The English language “premiere edition” is below.

← Previous Hymns to the Night Next A Mysterious Singer →