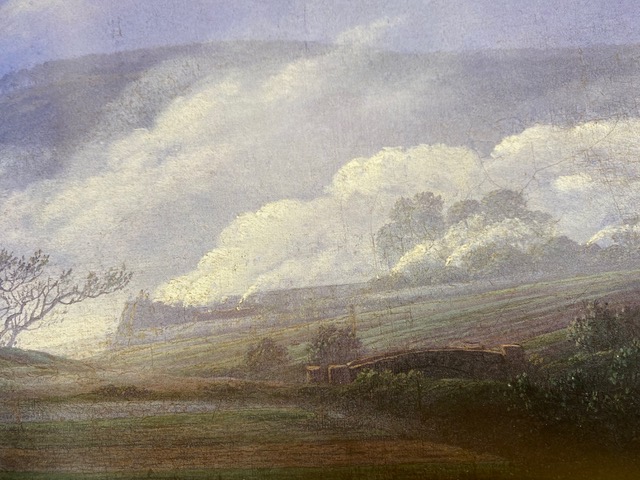 Here is a summary of the recent weekly Section for Literary Arts & Humanities meeting of the local group in Fair Oaks, CA. This meeting occurred on July 18, 2020 via Zoom. At this meeting, we continued our exploration of Novalis and the novel Heinrich von Ofterdingen.

Karen gave a presentation on the biography of Friedrich von Hardenberg based on information in the book by Friedrich Hiebel, who was a devoted scholar of Novalis. In previous emails, I shared information concerning how to obtain an abridged English language translation of Dr. Hiebel’s Novalis book. Here is the link. Unfortunately, as noted, this English version is an abridgment. Karen used the much more informative German edition, which is hard to find these days.

Karen began by noting the important age-related biographical moments (few though they were since Novalis died young): age 18, age 21, age 28. It is remarkable to contemplate that the literary reputation of Novalis rests upon three years of activity at the end of his life. Karen reminded us of those persons who played a critical role in helping Hardenberg come to an understanding of his destiny-identity as the poet Novalis. These persons include in order of acquaintance: Friedrich Schiller, Friedrich Schlegel, Ludwig Tieck. Each of these persons is of course deserving of extended study in our Section! And we have already spent time with Schiller — notably The Robbers and the Letters on Aesthetic Education, and we watched a German movie about Schiller falling in love with two sisters at the same time. Awkward!

Hardenberg met Schiller in Jena, where Schiller was a professor. A few months after meeting Schiller, Hardenberg met Friedrich Schlegel. These destiny encounters occurred during that important moment in human biography around the age of 21 (for Hardenberg:1791 – 1792). Then, if we pass over Sophie, we come to Ludwig Tieck, whom Hardenberg met at age 28, after he had taken the name Novalis. Karen’s presentation helped us better appreciate this critical time in biography between the ages 21 to 28 — age 21 being the year of the birth of the ego; age 28 the year of Saturn return — the call of destiny, one might say. In the biography of Hardenberg, age 28 corresponds to the time of greatest poetic activity as Novalis.

I wonder if there is a connection between this biographical Saturn return and the important role that Arcturus plays in the Klingsohr Tale? One of the themes of the Fairy Tale is “time” and “renewal” — with Arcturus standing in closely for Saturn / Chronos. In such a reading, can we find a hint of Hardenberg signaling to us his destiny-calling as Novalis? Karen noted the importance of Tieck — as a writer and reader who encouraged Hardenberg at this moment. I hope we will have more time to discuss Ludwig Tieck. Brian joined us last night and drew our attention to the appearance of the comet Neowise, now visible in the sky. Brian has agreed to meet with us on August 1 and to give a presentation on Arcturus and the Klingsohr Fairy Tale that is found in chapter nine of Heinrich von Ofterdingen. Thank you, Brian!

During the second half of the evening, Margit, Marion, and I presented our performance video of the fairy tale Hyacinth and Rosebud by Novalis, which is found in The Apprentices of Sais. This was our first online Salon experience since the Covid situation started. All things considered, I think it went well. I look forward to more Salon events in the coming weeks and months — online or otherwise or both.

The performance video “Hyacinth and Rosebud” is available for viewing.

Many thanks to Margit and Marion for their artistic collaboration and guidance! As noted in previous emails, Novalis can bring to us inspiration for creativity and renewal if we open ourselves to his acquaintance and influence. This certainly has been my experience over the years.

“The spiritual world is in fact already open to us. It is always open. If we were to suddenly become so alive and supple to perceive it, we would perceive ourselves in the midst of the spiritual world.” — Novalis