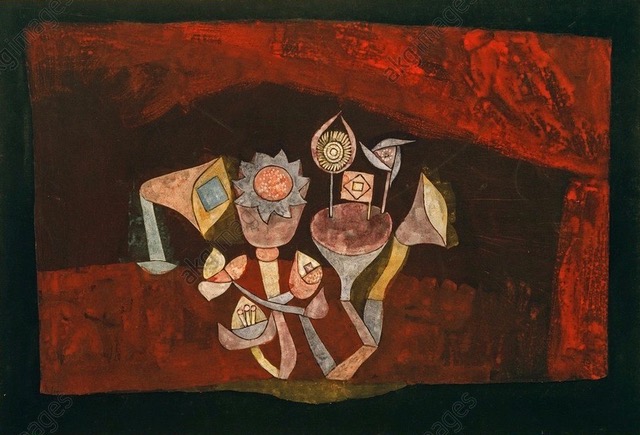 Here is a summary of the recent weekly Section for Literary Arts & Humanities meeting of the local group in Fair Oaks, CA. This meeting occurred on July 25, 2020 via Zoom. At this meeting, we continued our exploration of Novalis and the novel Heinrich von Ofterdingen.

Well, contrary to rational planning, we soon will begin the fifth month of our regular weekly Section meetings in which we discuss the poet Novalis. I am astounded! If you had told me at the beginning of the year that our group in Fair Oaks would meet every week to discuss Novalis, I would have said: “Dude, what are you smoking?” But, here we are. Personally speaking (and I think this sentiment is shared by the members of the group who have continued to meet without break): it has been a blessing and inspiration to study Novalis during these past weeks and months.

Last night we surveyed the landscape that we have traveled. We did this because we have completed our first reading of the novel Heinrich von Ofterdingen and we will soon need to decide what to do next. Next week Brian Gray has agreed to give a presentation on the fairy tale in chapter nine of Heinrich von Ofterdingen. Brian will speak to us from the context of star wisdom.

Then, a week later, we have options. We could perhaps:

Deepen our understanding of Heinrich von Ofterdingen by considering two elements in the book that we haven’t yet pursued really: the Orphic elements and the Grail elements. (These, as I mentioned previously in summary emails, are elements identified and discussed by Monica von Miltitz in her book Novalis. More about Monica in a moment.)

We could begin another work by Novalis. I suggested The Apprentices at Sais, or Das Allgemeine Brouillon (aka Notes for a Romantic Encyclopedia, in English), or Hymns to the Night. Cheryl suggested the fragment collection Fichte Studies — or that we choose a few specific fragments or poems and go deep deeper, not wide wider.

We could abandon Novalis for another author. Hermann Hesse’s name came up — Hesse was very close to Novalis, and his novel Narcissus and Goldmund is shot full of themes and situations that resonate with Novalis and our time; it includes chapters about plague and pandemic.

Something else? Ludwig Tieck? Jack Kerouac? Petrarch? The Arts and Their Mission? Let’s sleep on it!

OK, back to the meeting. The picture shared at the top of this summary is by Paul Klee. It is titled Cave Music. I include it because last night we began the meeting with a discussion again of Monica von Miltitz and her book Novalis (J. CH. Mellinger, Stuttgart) in which Monica sheds light on the name Klingsohr. Monica indicates that the name Klingsohr derives from “klingenden Ohren.” Klingsohr is less a personal name than a name of accomplishment, she remarks — others might carry the name if they meet those accomplishments.

I then shared some postcards of the Castle Siebeneichen near Dresden on the Elbe, once the residence of Monica von Miltitz. Here she hosted persons such as Marie Steiner and Albert Steffen. Novalis worked on some of his most famous works in this castle, including Heinrich von Ofterdingen. 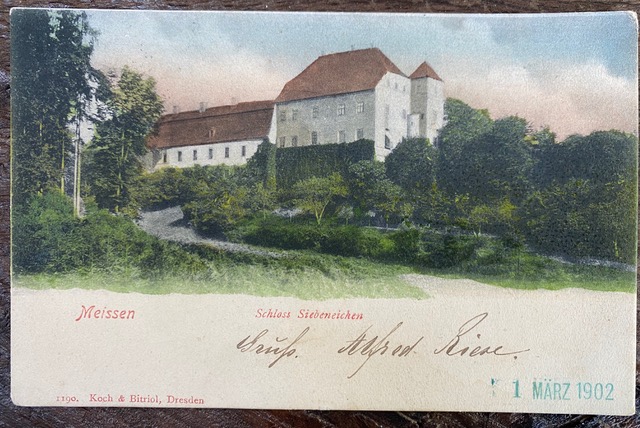 Then, since we were at the end of Heinrich von Ofterdingen and nothing else was on the agenda, the remainder of the evening consisted of a forty-minute lecture in which I surveyed the landscape we have traveled since we began our study of Novalis. This included a reference to the three Zoom lectures done for the Faust Branch in May. I framed the survey with a question. How would one teach Novalis to a group of college-age students who have not encountered Novalis before? I suggested that one might start from the human, rather than from previous narratives or interpretive superstructures. Starting from the human, I suggested that the students do an exercise.

Let’s show them a picture of Novalis and have them write what sort of impressions the picture makes. What human characteristics do you see in the portrait of Novalis?

I then spent the remaining part of the evening discussing literature as a path to awakening. I shared some thoughts about the secular humanist literary tradition that began in the Renaissance following the time of the troubadours and Minne singers — the time of the writing of Parzival. I tried to characterize what that tradition means and what it offers to the consciousness soul in the Age of Michael, and I tried to show how persons such as Novalis, Schiller, Goethe, Coleridge, Blake (to name just a few examples of very very many) made use of secular literature and the humanist literary tradition as a path of initiation and enlightenment.

In that context, I discussed the words Bildung, Gemüt, and Gewissen — so critical to the German literary sensibility and equally important in a reading of Heinrich von Ofterdingen. As a “portrait of the artist as a young man,” the novel Heinrich von Ofterdingen can be read as a fictionalized autobiography. It tells the story of how Hardenberg found his true spiritual name, Novalis. What is your true spiritual name? The lecture included many pictures and was meant to place some markers on the landscape we have traveled during the past weeks. The German language version of the performance video Hyacinth and Rosebud is complete. For those who want to hear the fairy tale Hyazinth und Rosenblütchen in the original German language, here it is:

Margit, Marion, and I have begun collaboration on another performance video. We have decided to concentrate on Märchen (fairy tales). Our next artistic project will present a fairy tale from the Grimm collection. This artistic initiative with fairy tales (Märchen) arises, of course, from the ongoing Section work with Novalis. If you are interested, contact us.

Finally, at the bottom, you will find the quotes that I used in my lecture last night, as Cheryl requested. I included these as jpegs but if you want to have the quotes as a PDF or Docx, just drop me an email and I will send them to you. By the way, note the term “rational chaos” in the last fragment quote. It is sometimes translated as “sensitive chaos” — which is of course related to Theodor Schwenk’s title for his wonderful book.

“Life must not be a novel that it is given to us, but one that is made by us.” — Novalis ← Previous Friedrich Hiebel on Novalis Next Star Wisdom in Novalis →