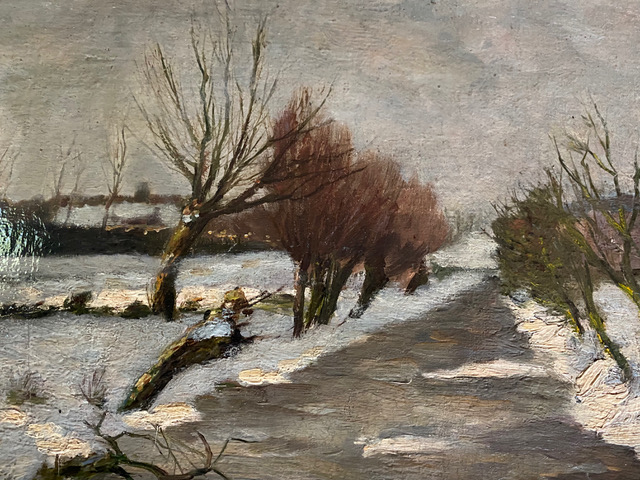 Here is a summary of the recent Section for Literary Arts & Humanities meeting of the local group in Fair Oaks, CA. This meeting occurred on December 12, 2020 via Zoom.

Well, what a full evening we had on December 12! Thank you to everyone who attended our literary salon.

During the one hour meeting, several of the meeting participants shared poems and personal reflections that spoke to the work we have done together weekly in 2020. Here is a brief summary of how the evening went. Salon offerings were time limited to five minutes in order to fit everything into the one-hour Zoom meeting. 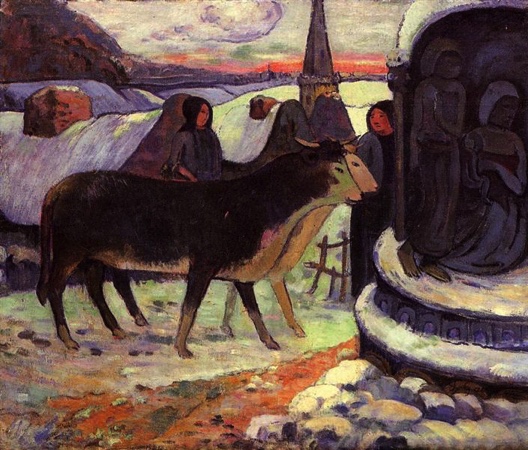 We began our evening with a verse: a familiar poem by Novalis that we have used often in 2020. The poem comes from the “Notes” that Ludwig Tieck prepared as a conclusion to the novel Heinrich von Ofterdingen. Tieck and Novalis had a close friendship — one of mutual inspiration. Regarding the poem by Novalis that we used to open the evening, Tieck commented:

“To the poet, who has apprehended the essence of his art at its central point, nothing appears contradictory or strange; to him all riddles are solved. . . . In the following lines, which should have their place in Ofterdingen, the author has expressed in the simplest manner the interior spirit of his works.” — Ludwig Tieck

“When Number, Math and Figures
Are no longer keys to every creature,
When those who sing and kiss
Know more than learned scientists,
When the world takes joy to be alive
And in rejoicing, breathes and thrives,
When once more, shadow and light
Espouse the birth of true insight,
And in poetry and story, the human being
Grasps the world’s eternal meaning,
Then forth before a secret word shall fly
That thing of falsehood – error, lies.”
— Novalis
from Heinrich von Ofterdingen, Part 2
(Translated by Bruce Donehower)

From here, we turned to a poem that poet Philip Thatcher shared recently with our group. Philip’s book Fine Matter is featured on our site’s Books and Essays page. The poem read last night was a new one written in February 2020. You can read the entire poem here.

And then, more poets and poetry!

Karen shared her recent translation of the poem “Weihnachten” by Hermann Hesse. She first read the poem in her English translation and then in German. Hesse began his career as a poet, although in the English speaking world he is more famous as novelist. You can read Karen’s translation of Hesse’s poem and the original German here.

Next, Gayle and Dan presented stanzas from Shelley’s Prometheus Unbound, published in 1820. In July 2019, we discussed Shelley and this poem briefly — and our conversation included a look at one of the famous stanzas that Gayle and Dan shared last night. These lines are an anthem to the spirit — and as it happens, they are heard in a recording of Ralph Vaughan Williams’ Sinfonia Antarctica, a musical work that celebrates Robert Falcon Scott’s Promethean expedition to the South Pole. The reader in the YouTube recording is John Gielgud.

As Gayle pointed out, the figure of Prometheus has important meaning for another famous person of the Romantic Era whose 250th Anniversary year will commence on December 16: Ludwig van Beethoven. Perhaps in 2021 we will be able to lend an ear to more resonances between literature and music? This seems to be part of the character and interest of our local group. During our work on British Romantic poets in 2019, we had just arrived at Shelley when the Covid crisis hit. We found our attention redirected by Novalis — but Shelley (and his lyrical dramatic poem Prometheus Unbound) remain in view and beckon like an unknown land of adventure and challenge. Indeed, literary critic Harold Bloom has suggested that Freud would have better served the Conversation if instead of coining the term “Oedipus Complex” he rather had chosen “Prometheus Complex.” Gayle’s remembrance of Prometheus — bringer of fire, chained to the rock, accuser of Jupiter, champion of humanity — reminds us of the revolutionary spirit of the times in which Novalis lived, lest we forget or fail to appreciate adequately the social / historical / political contingencies that played upon his biography. Goethe also spoke to the spirit of these times in his poem Prometheus published in 1789 — and such a spirit leaped the channel and inspired Shelley’s verse.

Here is a link to my translation of Goethe’s Prometheus, shared earlier in July 2019. 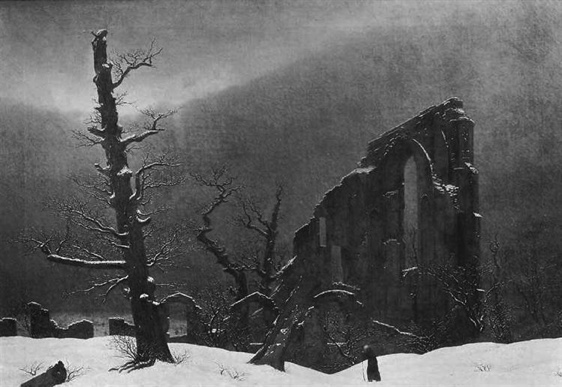 Marion next shared lines from the beginning of Heinrich von Ofterdingen. She discussed how Novalis transforms the dream as a literary device — how he anticipates a “return to the depths” — the “inward turn” or that “crossing of the threshold” to the spiritual world or to the unconscious — the turn to myth and memory that characterizes so much of the literature that owes a lineage debt to romanticism, one might argue.

The beginning of the novel Heinrich von Ofterdingen confronts us with two opposing views of the dream — the father’s outlook that disparages the significance of dream — and the dreamer Heinrich’s intimation of dream’s significance. The ensuing novel contains dreams within dreams — unfolding in much the way that a well written symphony explores musical keys and leitmotifs. And likewise with this reappraisal of dream and the dark realm from which dream arises, Novalis reappraises soma, our human embodiment. Caves, basins, subterranean rivers, fountains, springs, swirling streams of blue waters that return to darkness — these images abound in Heinrich von Ofterdingen. After reading a selection from the novel that appears on page 17 of the Hilty translation, Marion told of a personal “inner earth initiation” that she experienced at a Shinto temple in Kyoto where she descended into a long, winding and completely dark tunnel which had as its goal the world navel — a polished black stone illuminated by a single brilliant light.

Alice shared a gallery of portraits: Adam, Elijah, John the Baptist, Raphael, Novalis. One of these images is featured here above — a carved representation from Chartres Cathedral in which we see God creating Adam. Alice’s discussion of Eternal Individuality concluded with “conscience.” She chose as a reading selections from Part Two of Heinrich von Ofterdingen. In this marvelous section of the novel, Heinrich meets Sylvester and begins a new phase in his awakening as a poet. Because the novel is unfinished, we have only a sketch and a suggestion of what lies ahead for Heinrich, but we also have Tieck’s Notes based on Tieck’s conversations with Novalis, who apparently told Tieck something about his plans for the unwritten portions of the book. “Conscience” shines as the star above Sylvester’s conversations with Heinrich. Alice drew our attention once more to the mystery of this word “conscience” — and to the significance the word assumes in the concluding pages of the novel.

“Explain to me the nature of Conscience.”

“If I were God, I could do so; for when we comprehend it, Conscience exists. Can you explain to me the essence of poetry?”

“A personality cannot be distinctly defined.”

“How much less, in that case, the secret of the highest indivisibility. Can music be explained to the deaf?”

“If so, would the sense itself be part of the new world opened by it? Does one understand facts only when one has them?

Patricia concluded our evening salon with a reading of the “Longing for Death” section of Hymns to the Night. She prefaced her reading with a reminder that Novalis lived intimately with the thought of death and with awareness of the transitory nature of our existence. Along with the reappraisal of the mystery of dream, Novalis moves his reader toward a reappraisal of the mystery of death. He begins in that sense to craft a new language for poetry with which the poet might begin to explore these worlds that remained “off limit” to the Enlightenment mind. Of course, as a result Novalis received criticism. Part of our task as his readers might be to understand these criticisms and reframe the discussion in light of what we know from the Tradition and wisdom literature concerning the “night side” of the being human. Patricia also read lines from Hesse’s novel Narcissus and Goldmund, which echo Novalis.

We did not have time for all the offerings. Eight o’clock arrived with hardly a moment for conversation. Cheryl intended to share a reading, but instead she offered to share something in this meeting summary. She contributed an essay written by the English poet David Whyte. You can read this essay here.

“On Christmas Tree” by Radi Nedelchev

All is Calm, All is Bright

In closing, I came to the event prepared lest the content prove insufficient for the allotted time. That was not the case! Here then is a tiny offering of Advent music held in emergency reserve for our festive moment — a recording of my arrangement and performance of “Silent Night” and “In the Bleak Mid Winter.” The lyrics for the second piece were written by poet Christina Rosetti. (Don’t panic — I do not sing.)

Click here to listen to: “Silent Night” and “In the Bleak Mid Winter”

May the reader flourish!

“One will strive to make beauty the mediator of truth, and through the truth to give beauty a permanent foundation and higher dignity.” —Friedrich Schiller