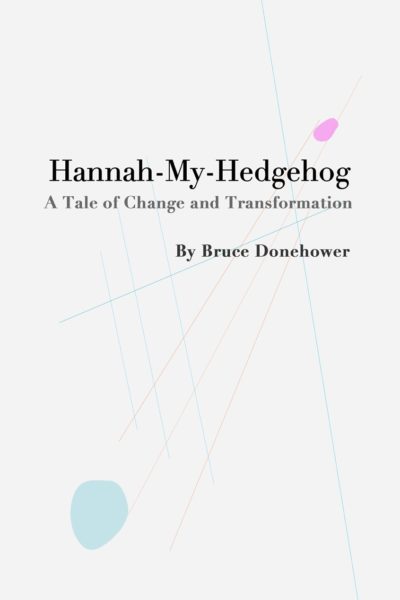 A Tale of Change and Transformation

Chapter One
Once upon a time . . . When did it happen? When did it not happen?… there lived a farmer who did pretty well for himself. He had land and money, and his neighbors gossiped and called him rich.
But despite all good fortune, he felt unhappy because he had no children with his wife.
Often when he went to town with the other farmers, the other farmers teased him and said mean things because they thought it was queer that he had no kids.
Finally, he got fed up. When he came home one day, he swore to his wife: “I will have a child, even if my child is a hedgehog!”
And so, his wife had a baby. And what do you know? The top half of the baby was a hedgehog, and the bottom half a girl!
When the wife saw the newborn baby, she shrieked with horror and said to her husband: “Now look what evil thing you have wished upon us!”

Download a Free PDF of the entire Tale (3400 words) and its Afterword by clicking this sentence. For a limited time.

Click this sentence to preview or purchase the book in ebook or paperback format.

“A fragment, like a small work of art,
Has to be entirely isolated from the surrounding world and be complete in itself
Like a hedgehog.” 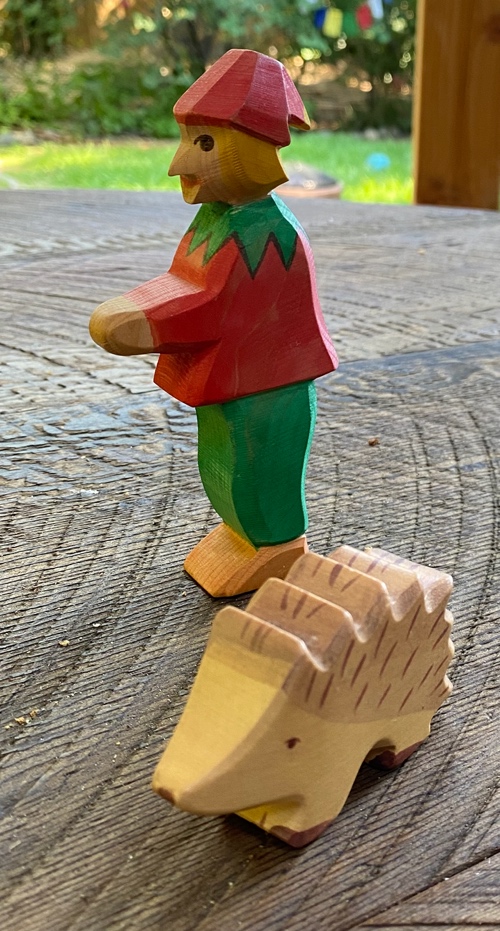 “Farmer and Hedgehog” by Bruce Donehower

“I may say, it is actually so that [The Fairy Tale] is the archetypal seed of this Movement. It is important to be aware of this because tomorrow we take a significant step here at the Goetheanum. It is truly very beautiful – not the least for myself and for what I have had to do in connection with our Movement that on this occasion we relate this Movement to its inception. The Anthroposophical Movement came into existence through Goethe . . . “
— Rudolf Steiner, from a lecture given September 25, 1920, Dornach

The Fairies by Ludwig Tieck

“Ludwig Tieck reveals how the Goetheanism of the first half of the nineteenth century was mirrored in a receptive personality; how something like a memory of the great ancient periods played into the modern age; periods in which mankind, looking up to the divine-spiritual, strove to create, in the arts, memorials of the divine-spiritual. Such a personality represents the transition from an age still spiritually vital, at least in memory, to an age blinded by a brilliant natural-scientific world-conception and less brilliant life-practice; an age which will never find the spirit without the impetus which comes from direct spiritual perception, which is to say, from imagination, inspiration and intuition, as striven for by Anthroposophy.”
— Rudolf Steiner, The Arts and Their Mission, Lecture IV, 1923

“May the reader flourish!”