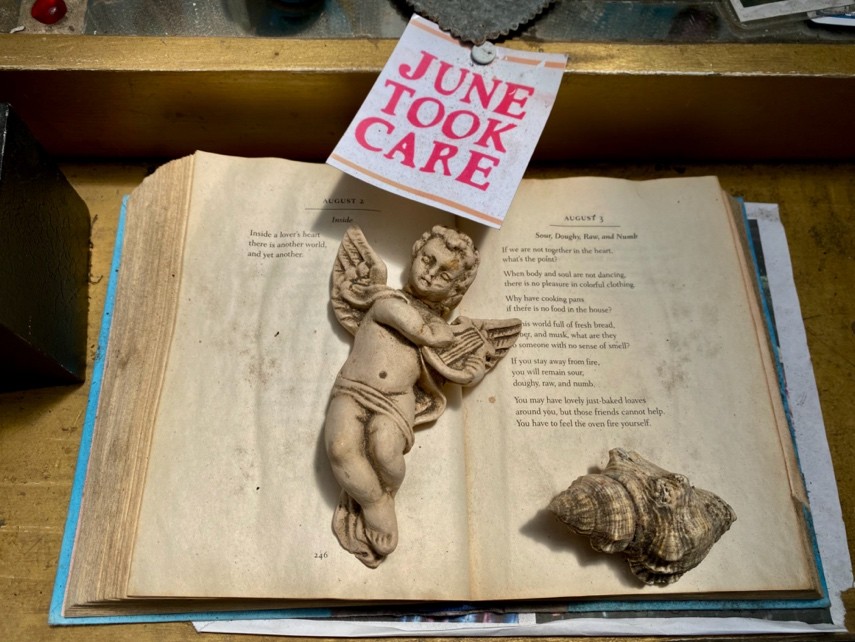 This mid-summer “letter home from summer camp” Section report will tell you about:

Well, our Section meetings in Fair Oaks have taken a summertime “pralaya,” but that doesn’t mean folks have been idle. Or if they have been idle, then it’s the sort of blessed idleness that loafs and invites the soul, I would imagine.

While Uncle Walt contemplates his blades of grass (which by the way, Uncle Walt, are quite parched and pointy here in California during fire season), Dan reports that he for one has not turned his back on Weimar and in fact has completed his reading of the novel Wilhelm Meister’s Apprenticeship.

There must be something in the water here at summer camp – because quite independently of Dan, I also have been spending summer days and weeks with Goethe! Well, listening to him, actually. I’ve been enjoying the Italian Journey during long walks at the American River. Holly is also reading the book, she reports. Goethe and I have arrived in Sicily, after some debate on the advisability of a dangerous sea voyage.

“It is no good denying that, as regard lodging, we found ourselves very badly off. Such fare as our muleteer could manage was not the best. A chicken boiled with rice is certainly not to be despised, but an immoderate use of saffron made it as yellow as it was inedible.”

And since the Italian Journey catches the Goethe story in medias res, I also took time this summer to delve back into the lyric poetry, Faust, and a few scholarly biographies of the person whom Rudolf Steiner repeatedly recommended to our attention. Which brings me to… 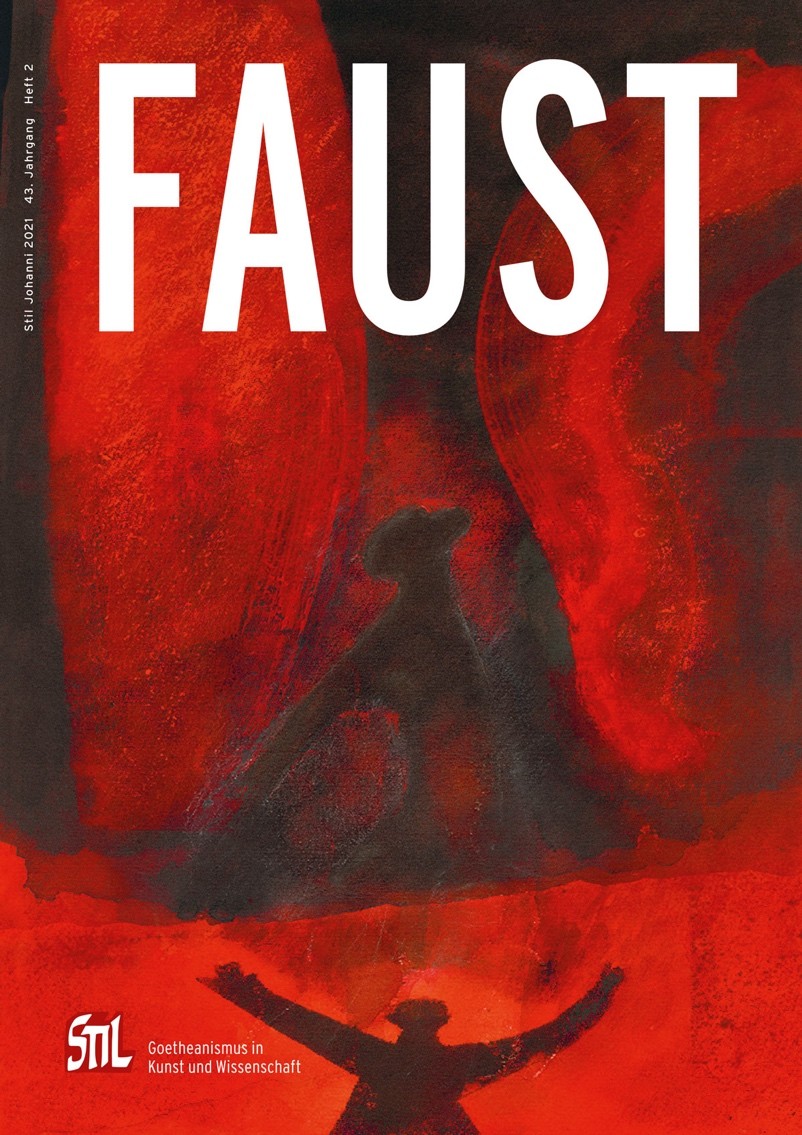 Stil: “Goetheanism in Art and Science”

The summer 2021 issue of Stil is out!  And it is devoted to Faust. Unfortunately, for the moment Stil is only available in German. If you read German, however, you can find subscription information for this excellent publication here by clicking this sentence.

Oh, I have such fond memories of those days prior to Covid when the Fair Oaks group met unmasked. The local group spent two years on the study of Faust, from 2015 to 2017. And if I remember correctly, it was the prospect of a stage production of Faust at the Goetheanum that inspired Jane Hipolito to suggest that we dive deeply into the play.

At the time, Patrick Wakeford-Evans, who published a community newsletter for the Faust Branch, asked me to write a short essay on Faust, and I was happy to do so. I later reworked and expanded this essay for the Section newsletter  Patrick was especially interested in the character of Faust because the Branch in Fair Oaks is called the Faust Branch.

Click this sentence to read my 2017 Section newsletter essay on Goethe’s Faust: “Why can’t Henry sit still? / The Moral Challenge of Faust.” 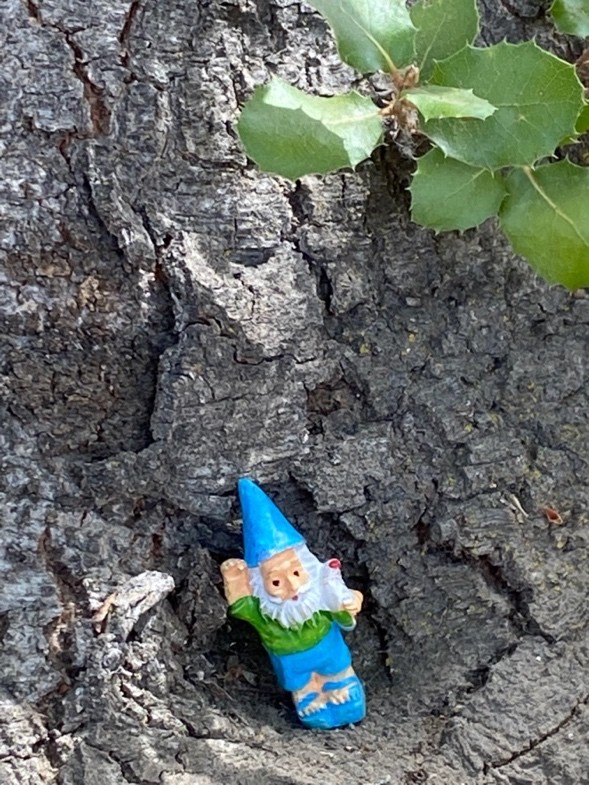 A Report from the Hortus Conclusus ¹

Every two weeks as I footpad to the cabin with airedale Dale on summer afternoons, I observe on one afternoon a circle of Section friends conversing on the porch that overlooks the garden. These friends are discussing and reading fairy tales. The Fairy Tale Circle has been meeting with Marion since June, and it has plans to meet at least until September, I am told. I don’t participate – except maybe in my sleep life, because for sure my thoughts have been mindful of fairy tales this summer. 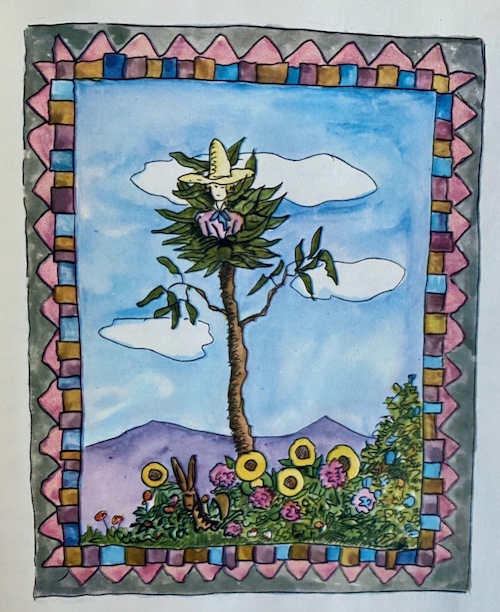 “Novalis and the Healing Art of Fairy Tale”

“There is a great difference in whether or not one has as a child grown up with fairy tales. The soul-stirring nature of fairy-tale pictures becomes evident only later on. If fairy tales have not been given, this shows itself in later years in weariness of life, in boredom. Indeed, it even comes to expression physically: fairy tales can help counter illnesses. What is absorbed little by little by means of fairy tales emerges subsequently as joy in life, in the meaning of life – it comes to light in the ability to cope with life, even into old age. Children must experience the power inherent in fairy tales while young, when they can still do so. Whoever is not capable of living with ideas that have no reality for the physical plane, “dies” for the spiritual world.”

I finally got around to editing the presentation that the Section offered to the Faust Branch in November 2020. In this 20-minute video of highlights from the lecture, I look at the fairy tale from the perspective of Novalis and Rudolf Steiner. I use the fairy tale Hyacinth and Rosebud as the primary example. The lecture includes many quotes and references from lectures by Rudolf Steiner on the significance of fairy tale. The website bubbles up quite high in Google searches when folks look for “Novalis Fairy Tale” or similar — so I thought it helpful to get this video done this summer.

Inspired by the season, Marion and I put together a performance video of an original fairy tale by Hermann Hesse that our local group studied in November 2020. Hesse wrote Piktor’s Metamorphoses (1923) shortly after finishing his novel Siddhartha. Students of Hesse can certainly detect thematic similarities between the two works – specifically in relationship to the theme of change and transformation, one might reason.

“When someone seeks,” said Siddhartha, “then it easily happens that his eyes see only the thing that he seeks, and he is able to find nothing, to take in nothing because he always thinks only about the thing he is seeking, because he has one goal, because he is obsessed with his goal. Seeking means: having a goal. But finding means: being free, being open, having no goal.”

Imagine my joy and excitement when I went to the mailbox this summer and discovered a parcel from Canada. I eagerly opened it up and found inside this very handsome collection of essays on the Foundation Stone Meditation recently published by Perceval Editions and edited by Arie van Amerigen and Christiane Haid. 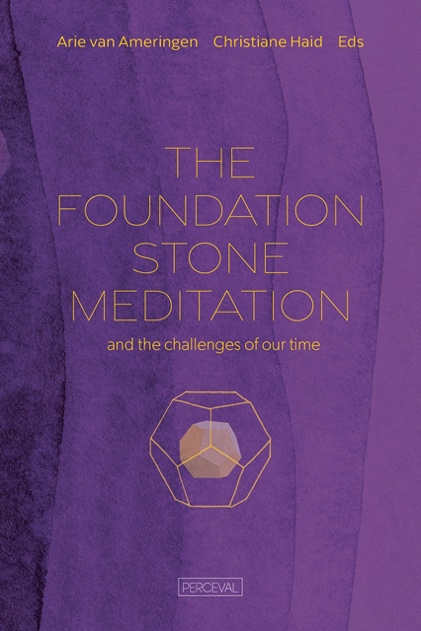 As noted in previous meeting summaries, our Section meetings have been giving more attention to the approaching anniversary years 2023 and 2024. Arie’s book is an extremely helpful contribution to this research topic – especially welcome, as it is entirely in English. I trust that our future Section meetings will make time for study of the many contributions in this book. As soon as a review of the book comes out, I will post it on the Section website. The book can be ordered directly from Arie by contacting him at this address and/or email:

The ongoing Section meetings will resume on Saturday, September 18 at 7:00 pm. I will send the Zoom credentials to interested participants on the Friday prior to the meeting, as is my custom. Contact me if you are interested.

Our first meeting on September 18 will divide attention between two topics:
Topic 1: What’s going on in the Section locally, nationally, and worldwide.
Topic 2: Poetry!

Click this sentence for a glimpse of what happened at previous poetry salon evenings.

Once we get back underway with our meetings again on September 18, we can take a pulse and discuss what sort of meeting rhythm we want to follow between Michaelmas and Advent. I want to put the accent on creativity and fairy tale for the coming season – but of course I am open to all those inspirations that flow so mysteriously from the spiritual world. As the sage remarked: “ya gotta know when to zig and when to zag!”

On Sunday September 19, 2021 at 1 pm Pacific Time, the collegium of the Section for the Literary Arts and Humanities of the School for Spiritual Science in North America will host an online event for friends and members of the Section. This one-hour Zoom event will consist of a brief overview of recent events in the Section, followed by a panel discussion and some time for questions and answers.

UPDATE (September 21, 2021): The meeting was a success! Visit this summary to read about the event. More North American meeting of the Section for the Literary Arts and Humanities are in the planning stage. Send your comments and suggestions by using the Contact Page on this site.

A panel consisting of members of the collegium of the North American Literary Arts and Humanities Section will discuss from a personal perspective the topic: 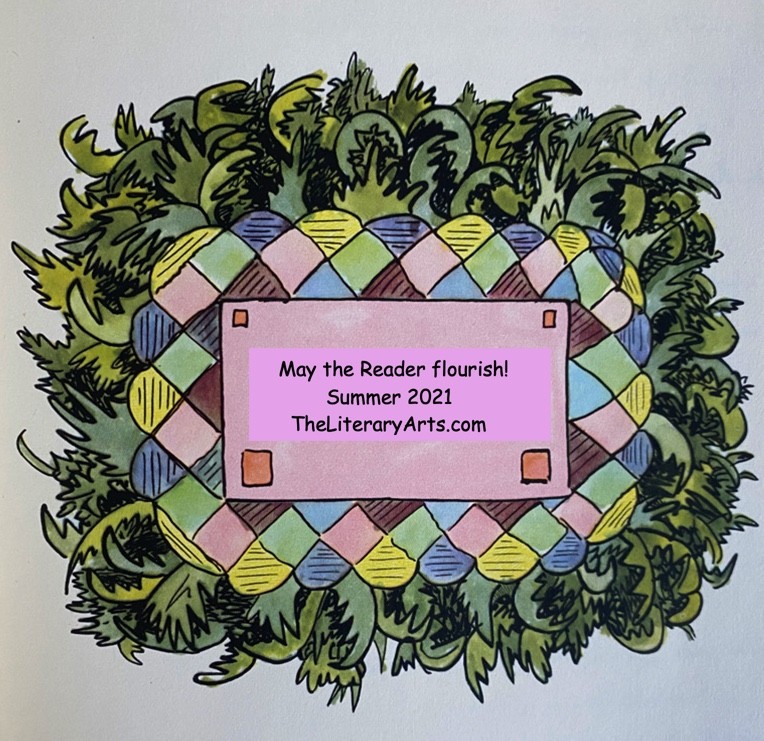 Finally, I’ll close this letter home from summer camp with a few words about a new initiative. I have to write fast because it’s dark here under the blanket in the bunk house, and the camp counselors might pop in any moment to do a bunk check.

As noted in previous emails, I’ve set up a new channel on YouTube called “The Literary Arts.” This channel is in addition to the existing site on Vimeo.

I will use this new YouTube channel, along with Vimeo, to offer videos and recordings of fairy tales and recordings of lectures and presentations that arise from our Section work. Since YouTube tends to bubble up in Google searches more often than Vimeo, this will increase our Section visibility to the world.

Each month at the new moon, beginning with the new moon of August, I will post on the channel and elsewhere (maybe on a Soundcloud account or maybe as a Podcast) a fairy tale or a lecture related to a literary theme arising from our Section work. Start day: New Moon August 8, 2021. We start with a short talk about Novalis and a fairy tale by Novalis.

The Owl of Minerva Flies at Night!

Well, the owls are hooting in the bamboo and the cedars and the oaks, and the mice are scuttling across the floor of the drafty bunkhouse – and they are scarfing up those sticky crumbs of Cracker Jack that cling to bare feet and delight the ants. I guess the time is at hand for bonky buckaroos to turn off their flashlights and catch some serious ZZZs in the Dreamtime and/or do some out-of-body astral walkabouts.

[1] “Enclosed Garden” —  “Secret Garden,” if you are a fan of Frances Hodgson Burnett 🙂