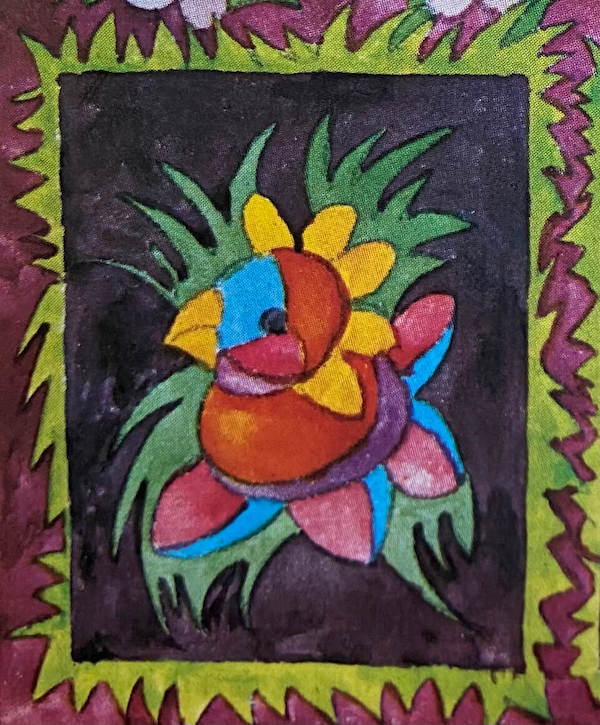 A Bird by Hermann Hesse

Paradise and the Tree of Life

At a Section meeting on December 5, 2020, Marion presented Hermann Hesse’s art fairy tale Piktor’s Metamorphoses to the friends and members at the meeting. This fairy tale arose from our Section work with the writings of Hermann Hesse in late 2020.

Here is the English version of Hesse’s fairy tale, recited by Marion.

Hesse created each copy of his fairy tale by hand – lovingly writing out the story and illuminating the manuscript with his original watercolors. Like Goethe, Hesse was an amateur painter who loved color and who found much inspiration for his prose and poetry in the visual arts.

Our Section meetings place great emphasis on the interplay between the visual and the literary arts. For example, we have spent several meetings in discussion of the art and poetry of William Blake – a poet and visual artist who was once more well known for his artwork than for his poetry. Blake, too, painstakingly created his manuscripts by hand.

To use a phrase from the twentieth century that Walter Benjamin brought into the conversation: one might argue that this painstaking manuscript illumination of the poetry by the poet lends an “aura” to the manuscript – such “aura” perhaps otherwise absent from a printed artifact of the “age of mechanical reproduction.”

Here is the German Edition of the fairy tale in a 23-minute video, recorded after we recorded the English version.

Hesse’s marvelous fairy tale of change and transformation is filled with poetry and word magic. Although written in prose, Hesse takes many opportunities to rhyme. At times the ear becomes enchanted as though enjoying music, and sometimes the story vanishes briefly into a musical play of rhyme – as is befitting a visit to “paradise,” I would imagine. Hesse took inspiration from Asian and Middle Eastern literatures for this device.

At the beginning of the initiation tale Piktors Verwandlungen, Hesse tells us that Piktor has entered Paradise. “Paradise” is a term used in wisdom traditions to denote a stage of spiritual insight and meditative or artistic accomplishment. While Piktor has accomplished “Paradise” at the beginning of this initiation tale, Hesse tells us that Piktor’s spiritual accomplishment is incomplete; he has not yet gotten the knack for change; he has not yet found the union of male and female in what the Rosicrucian tradition calls “the alchemical wedding.” He is still caught inside the error of wanting to linger in a permanent state of being or state of bliss. Of course, there can be no such thing!

But is that not a trigger for depression? Well, perhaps! Piktor asks: “Oh Bird, where can true Happiness be found?” And the bird of transformation – the Phoenix bird of Rosicrucian lore – laughs in response. “True Happiness? Good luck, O friend! Happiness is everywhere.” But Piktor, sadly, lacks the knack – and so he becomes a tree. 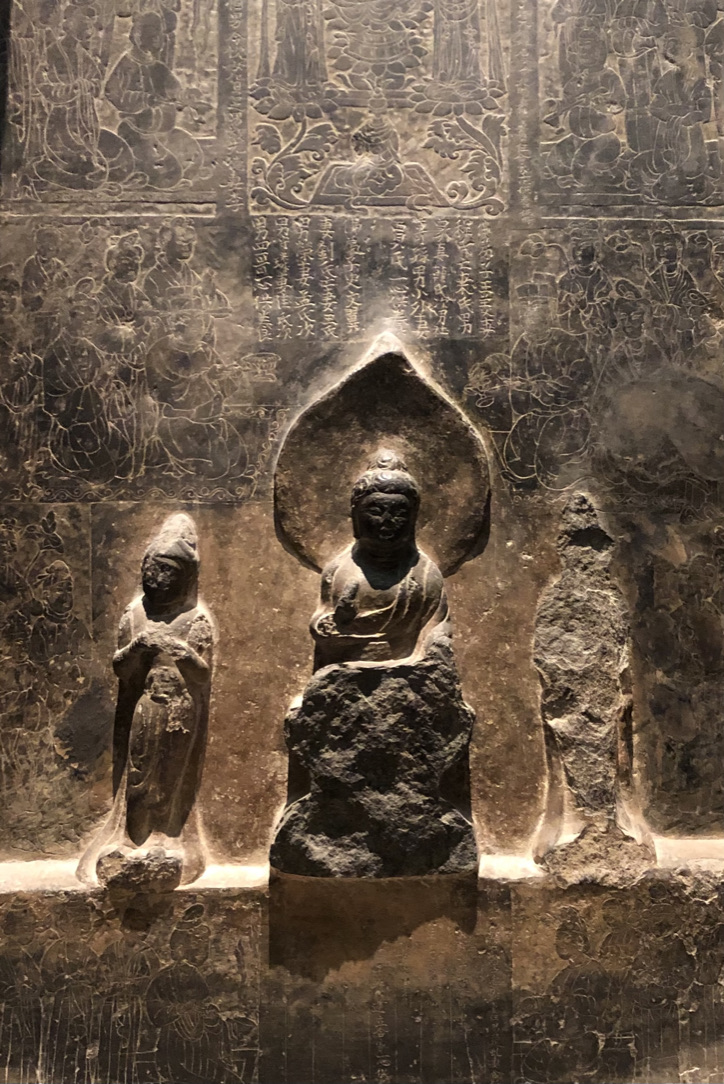 A Journey to the East?

Hesse wrote this fairy tale of change and transformation shortly after finishing his novel Siddhartha (1922). He had just fallen in love. There are strong thematic similarities between the two works, some have noted. During previous Section meetings, we discussed these thematic similarities. While people who have not read Siddhartha might assume that the novel is about the Buddha Gautama Siddhartha, it is not. Hesse suggested that in fact this was a novel that concluded his infatuation with the East, so called.

During the 1960s, when Hesse shot to the top of bestseller lists in the USA, it was part of the accepted wisdom of the Hippie era to read him as a prophet of Asian Traditions. But those who have studied Hesse’s poetry and novels and letters might better understand Hesse as a lineage heir of the literary tradition that flows to us from Goethe and Novalis. Hesse loved both writers. He felt deeply influenced by them. Unlike Goethe and Novalis, however, Hesse had a greater familiarity with Asian wisdom traditions — those beyond the Arabic Middle East. After all, much of the more exact understanding of those traditions came to light after Goethe and Novalis died. Throughout the nineteenth century, Asian wisdom traditions were wildly misread and mischaracterized in Europe and the USA—partly through ignorance and misplaced romantic Sehnsucht, partly through a strategy of colonial appropriation that valorized the western ethos for economic or hegemonic reasons.

Persons simply did not have access to texts, direct teachings—or more importantly, to the science of enlightenment that lies at the heart of Buddhist practice. (“Buddhism,” by the way, is of course a term invented by Europeans to pigeonhole something they did not understand.) Thus, many embraced a nineteenth-century reading of Buddhism that saw the Buddha’s teachings as a Gospel of World Weariness and Renunciation. Hesse understood the situation differently. 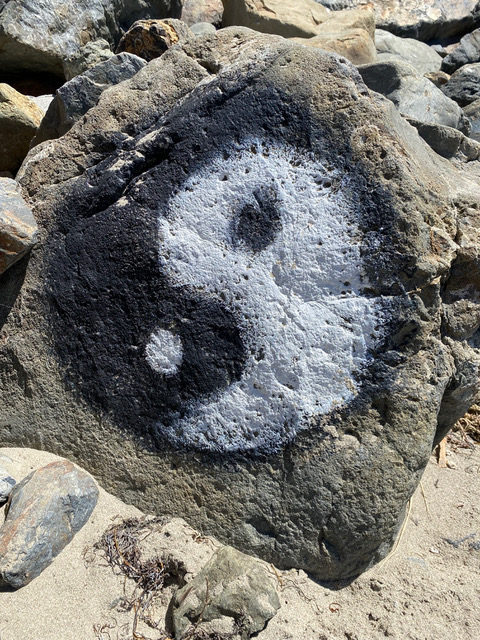 Ironically, Siddhartha—naively assumed to be a “Buddhist” book—in fact rather should be read as commentary and reworking of the German romantic idealist tradition. Piktors Verwandlungen—labeled a German Kunstmärchen—in fact slyly presents the Dharma in the guise of fairy tale.

That is to say: Hesse’s parable is a joyful affirmation of endless change and transformation by the spiritually awake and playfully free and ethical human being.

In our ongoing Section meetings in Fair Oaks, we spend a lot of time on fairy tale.

Fairy tale and poetry are often called before the court of inquisition by partisans of Truth who become quite nervous and twitchy when they hear about change and transformation and poetry. Understandably! We prefer to keep matters agreeably fixed and solid. But Novalis, Goethe, and Rudolf Steiner (and others!) looked at the matter differently.

“In a genuine fairy tale, everything must be miraculous, mysterious, and interrelated; everything must be alive, each in its own way. The whole of Nature must be wondrously blended with the whole world of the Spirit. In fairy tale, the bonds between anarchy, lawlessness, freedom, the natural state of Nature make themselves felt in the world . . . The world of the fairy tale is a world which is opposed throughout to a world of rational truth, and precisely for that reason is it so thoroughly an analogue to a world of rational truth, as Chaos is an analogue to finished Creation.” — Novalis

Here is a link to a 20-minute lecture video that arose from a meeting of the Section held on November 20, 2020. In this edited video of the meeting presentation, I discuss “Novalis and the Healing Art of Fairy Tale,” with many indications from the work of Rudolf Steiner and to the earlier romantic tradition of Novalis that Steiner references and builds upon. For those who want something to read, there are several books about fairy tale on the Books and Essays page of the website.

Enjoy this 20-minute video on “The Literary Arts” YouTube Channel as the “New Moon Salon Fairy Tale of the Month” August 2021 offering.

← Previous Why Can’t Henry Sit Still? The Moral Challenge of Faust Next A Letter Home from Summer Camp, August 2021 →