Report from the Fairytale Group / “Baba Yaga & Firebird;” A Report by Marion Donehower 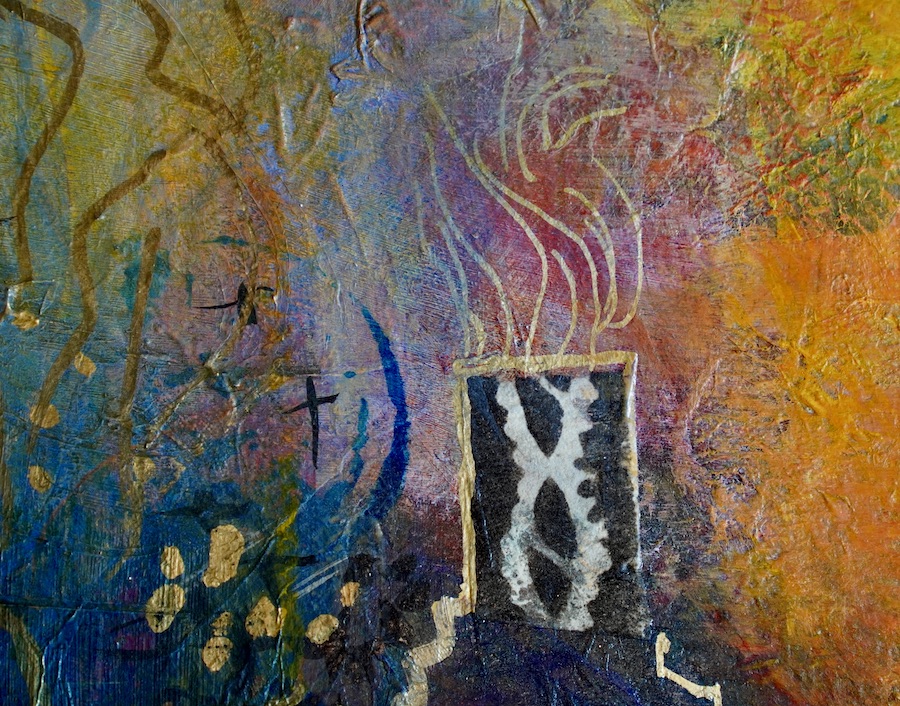 What is the Fairytale Group doing this summer? We certainly enjoyed coming together again! And we all fitted exactly around the dark brown circular table on the porch. The table has a story to tell also, about its life as an old barn in Santa Cruz from the 1800s. The surface shows the marks of the sawmill that cut the boards, like ripples in wood. 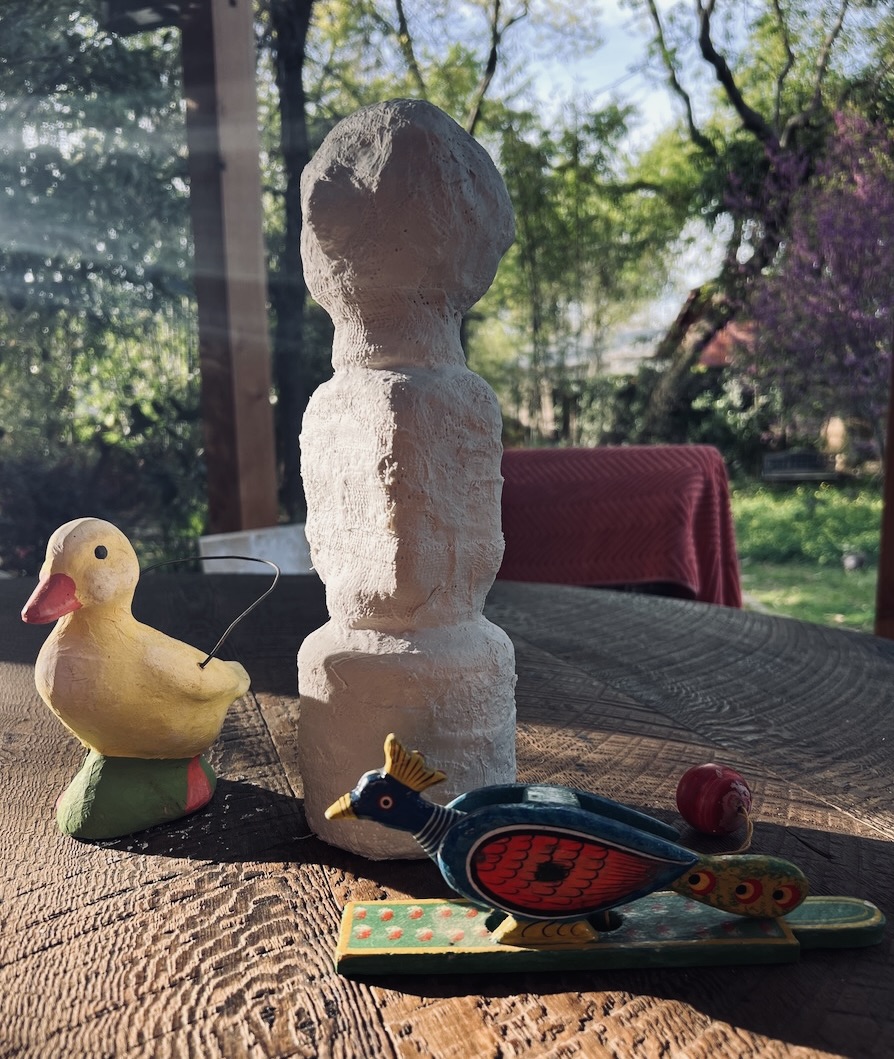 We started right away with exploring Baba Yaga fairtales.

These are mainly Russian, although they stretch out to all Slavic and northern countries; however, they are mainly European. We started in spring with my personal favorite story, which is Vasalisa the Beautiful. We read it from a beautifully illustrated edition by Ivan Bilibin who worked with the Ballets Russes. We used the translation by George Post Wheeler from the collection Russian Wonder Tales (1912). You can watch a performance video of the tale here, or in the Fairytales section of the site.

The Baba Yaga fairytales contain the same characters in each tale, with only a few new ones added now and then. The main characters are Baba Yaga, the Firebird, Ivan, the Fox or Gray Wolf. We discovered that Baba Yaga is a goddess or being whose different sides can be explored endlessly in their fascination and variety. Starting with the house on chicken legs, her eating of people, her sense of cleanliness and righteousness . . . we certainly can’t find a fixed ideal of who she is. She is a symbolic figure. She reminds us of Kali, Persephone, and Hecate. In northern countries she becomes Holda, Mother Holle, or Holdur. She is the old mother goddess and has many varied faces.

The Church could not erase Her, and She still lives on in songs, stories, and fairytales. 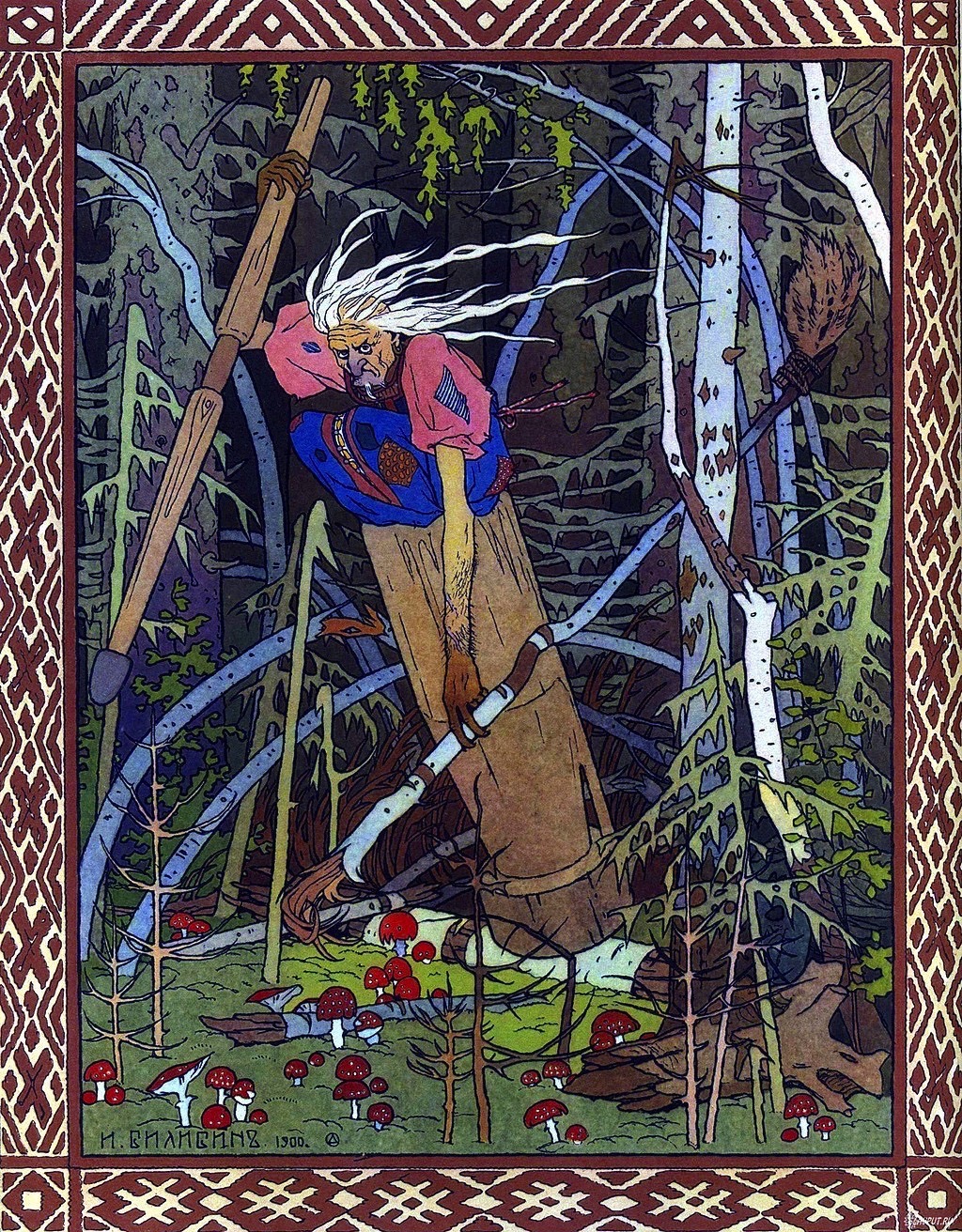 Robert Bly points out that as an earth mother she is most beautiful and most cruel at the same time. She is from a time when duality does not yet exist. Nature is beautiful, but it gives and takes. Death is always near. Seasons change. Bly decries the image of a mother goddess who is only loving, a goddess who is appreciated sentimentally without regard to her aspect as a destroyer

The Firebird that we encounter in the Russian fairytales is only visible for a moment. She is always mysterious and magical, with a plumage of golden feathers and shining diamonds. She is very powerful, and a single feather bestows incredible powers to the owner. Robert Bly describes how the beautiful Firebird flies down into the forest and everything is instantly quiet – you cannot hear one bird or sound. She brings intense spiritual transformation and is a bridge from heaven to earth, bringing heavenly fire and energy. Bly thinks that when she becomes part of your life, there is no going back anymore. He describes that when the bird came to Nijinsky, he could never be again just an ordinary dancer. He entered the realm of dangerous spiritual worlds. From these worlds one cannot be free again. We know that fire leaps out of control easily. 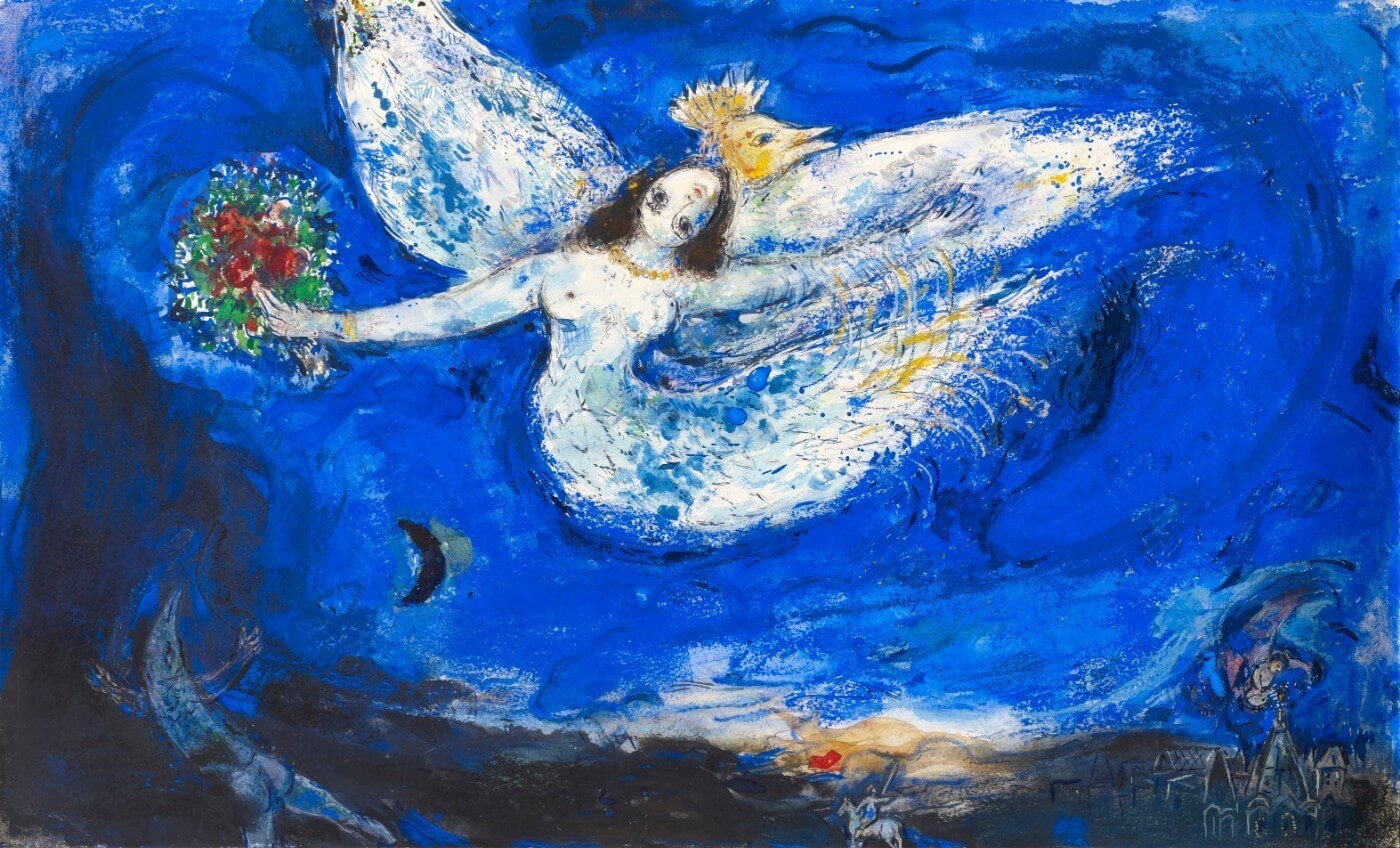 I could not find a long story about the Firebird. The only story where she plays a major role is in Stravinsky’s ballet The Firebird. Her many stories are woven together in that ballet into a single story. Stravinsky got instantly famous with this music and ballet. It was performed in Paris in 1910 by Ballets Russes, produced by Sergei Diaghilev. It also was performed later in New York City until 1965 in a Balanchine production with scenery by Marc Chagall.

Now our group is taking a step toward other cultures and countries to explore their fairytales. But I think that the fairytales collected by Grimm will not disappear easily. Last week I discovered a Firebird story in the Grimm collection. It is called The Golden Bird, Number 57 in Grimm, and I urge everyone who has a book of the Grimm stories to read this tale. 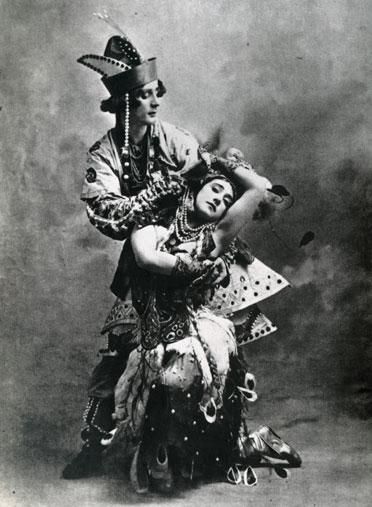