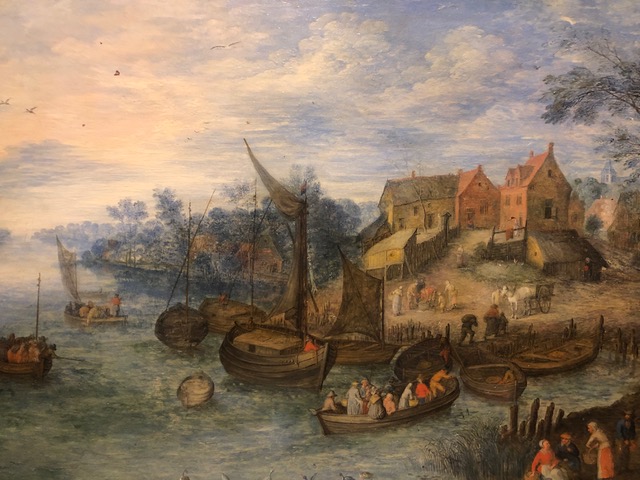 Here is a summary of the recent weekly Section for Literary Arts & Humanities meeting of the local group in Fair Oaks, CA. This meeting occurred on October 3, 2020 via Zoom.

Last night we held our 28th online weekly Zoom meeting of the local group in Fair Oaks, and we were joined by Section members from Seattle. Welcome!

Clearly, the past months have been unprecedented due to the worldwide Covid shutdown, the fires in California, and the many other extreme events and challenges that come forward to meet us everywhere willy nilly these days. In the midst of all this, our weekly work with Novalis and other authors has continued with regularity, and I believe I can say it has been sustaining and rewarding for those involved. Ironically, our journey with Novalis week by week for the past seven months would not have happened without the external chaos and challenges that drove us to use Zoom. Not only would we never have met so often — we would never have used Zoom or opened our meetings in this way to the world. As Albert Steffen remarked, Novalis is future-oriented — he beckons, signifies briefly with a gesture or fragment, and offers inspiration to move forward if we choose to respond. But reading Novalis in a solitude of enforced isolation is one thing — having the opportunity and privilege to share Novalis with others in a conversation-community of dedicated readers devoted to ideals close to those held by Novalis — well, this has been special. Who knows how long we will be able to do that? Let us persist, as they say — and so, here is a summary. Our meetings have acquired a certain structure. Last night I added a twenty-minute early check-in/arrival to our rhythm, so we started at 6:40. I might extend this to 6:30. I did this to allow more time for important socializing and conversation and catch-up. Zoom has mandated a waiting room policy, as you probably know. And this makes the meeting a bit more like the old-fashioned in-person meetings we used to enjoy — “ring the doorbell to be admitted,” so to speak. Or — as used to happen back in the day when our group met in the Presidential Suite in the Marriott Hotel in Rancho Cordova — someone has to go down to the lobby (usually Terry) and use the key card to escort arrivals up to the suite.

Anyway, after conversation and check-in and resolution of Zoom problems, the one-hour meeting followed this structure:

As far as announcements go, I mentioned again that I am finishing up a website for the local group and that I expect this website to go live by the end of October or beginning November.

Friedrich Schiller entered our meeting discussion last night, along with Owen Barfield, Novalis (of course), Herman Hesse, Albert Steffen, and Theodor Schwenk, author of the book whose title was inspired by Novalis, Sensitive Chaos. An aspirational motto for our time?

We began with a verse. I used a quote from Albert Steffen which I found in a 1971 issue of Journal for Anthroposophy. No, I am not a crazy hoarder — all these AP journals are online for reading and download. I came to this issue because there is an essay in it by Christy and Henry Barnes in which they include an excerpt of a review that Hermann Hesse wrote in 1914, a review in which Hesse discusses Albert Steffen.

Here is the verse from last night. 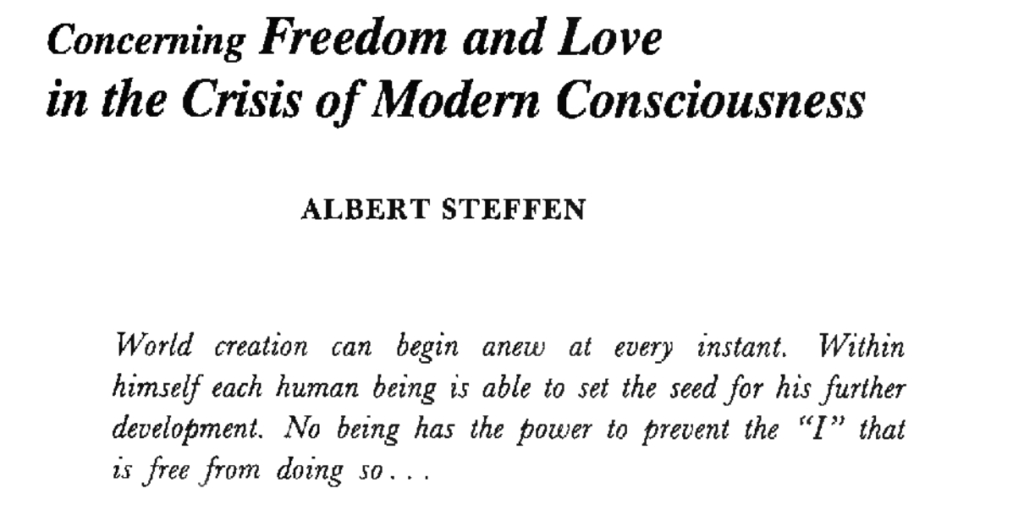 Clearly, there are resonances of Schiller in these words. We’ve spent quite a bit of time with Schiller in our meetings, and it was good to have him back last night. Marion has been following recent theater productions in Hamburg where plays have been staged that explore late-enlightenment themes that Schiller rehearsed in his writings: “freedom” and the challenges of “ethical individualism” foremost among those themes, one might say. Hermann Hesse and Novalis were formatively influenced by Schiller. And the words of Albert Steffen, which link freedom and love, clearly resonate with those overtones as well. 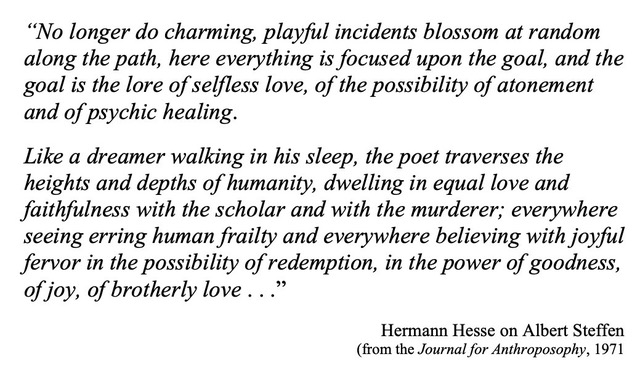 Alice shared a poem by Hesse with the title Orgelspiel that she found in the book Wasser Klang Bilder: Die Schöpferische Musik des Weltalls by Alexander Lauterwasser. She even has begun a translation of Hesse’s poem! Her remarks last night on this book and on Theodor Schwenk’s well-known book Sensitive Chaos provided a clear segue to The Apprentices of Sais. I sent a PDF of Apprentices to the meeting participants — contact me if you need this; otherwise, there is a link down below. During the coming weeks until December, we will “hover” between Hesse and Novalis (and others) — hovering above those mysterious strings of affinity and harmony that one discovers with excitement in the study of literature. And, as noted, the book we are using for Novalis during the upcoming weeks is Apprentices. Please read it at your leisure — by the way, that gem of a “fairy tale” Hyacinth and Rosebud is found in Apprentices. I included again at the bottom of this summary a link to a performance video of Margit and Marion reading the tale in English and a link to a performance video of Marion reading the tale in German. Speaking of fairy tales, I know that some of us are straying far afield with Hesse, like Heinrichs heeding the summons of Sylvester, maybe. Siddhartha, Steppenwolf, and The Glass Bead Game — along with Hesse’s poetry, Fairy Tales, and shorter novels — have been mentioned as books that friends are perusing. Have fun! And as you proceed up the Magic Mountain, keep a weather eye open for Schiller. He’s never far afield in that landscape, I suspect.

But, avast! What strange language doth sweetly I espy? Oh sunny night! Can it be English??!! “Donnerwetter!” “Out of all whooping!” Owen Barfield’s name has again entered the conversations of our group. Jeff shared news of a recent book that collects into one volume poems and plays of Barfield. It is titled The Tower: Major Poems and Plays. Jeff also shared a link to a page on the Barfield website that will interest us at the season of Michaelmas. I put both links at the end of this summary.

References to Michael arose from a seed question that I posed to the group last night. How does Michael work with and in the Section for Literary Arts and Humanities? How do we align our work with the School of Michael? I know this is a big question — kind of like the question about language that I introduced last week. But, as I said in the previous meeting summaries, our work here in Fair Oaks has deepened and matured over the years and most recently even more so. We meet so regularly and with such single purpose and devotion that such seed questions can begin to be entertained, perhaps. At any rate, “the quest is in the question”, as Rene Querido remarked to my Foundation Year Class long ago — and I still think he was right! Perhaps as conditions continue to challenge us and our meetings on Zoom persist, we can take up such quests and questions — and other matters!

“And then, who knows into what heavenly mysteries a charming, underworld inhabitant might initiate us?”

Here are the links that I mentioned:

“Human beings travel many paths. Whoever pursues these paths and makes comparisons will discover curious figures – figures that appear to belong to a grand mysterious script that can be found everywhere: on wings, eggshells, within clouds, snow, crystals and mineral formations – on freezing water, in the depths and heights of mountains – plants, animals, human beings – in the lights of heaven, on cracked fragments of amber and glass, in the iron filings gathered by magnets, and in the marvelous alignments of chance. Observe!”  — Novalis, The Apprentices of Sais