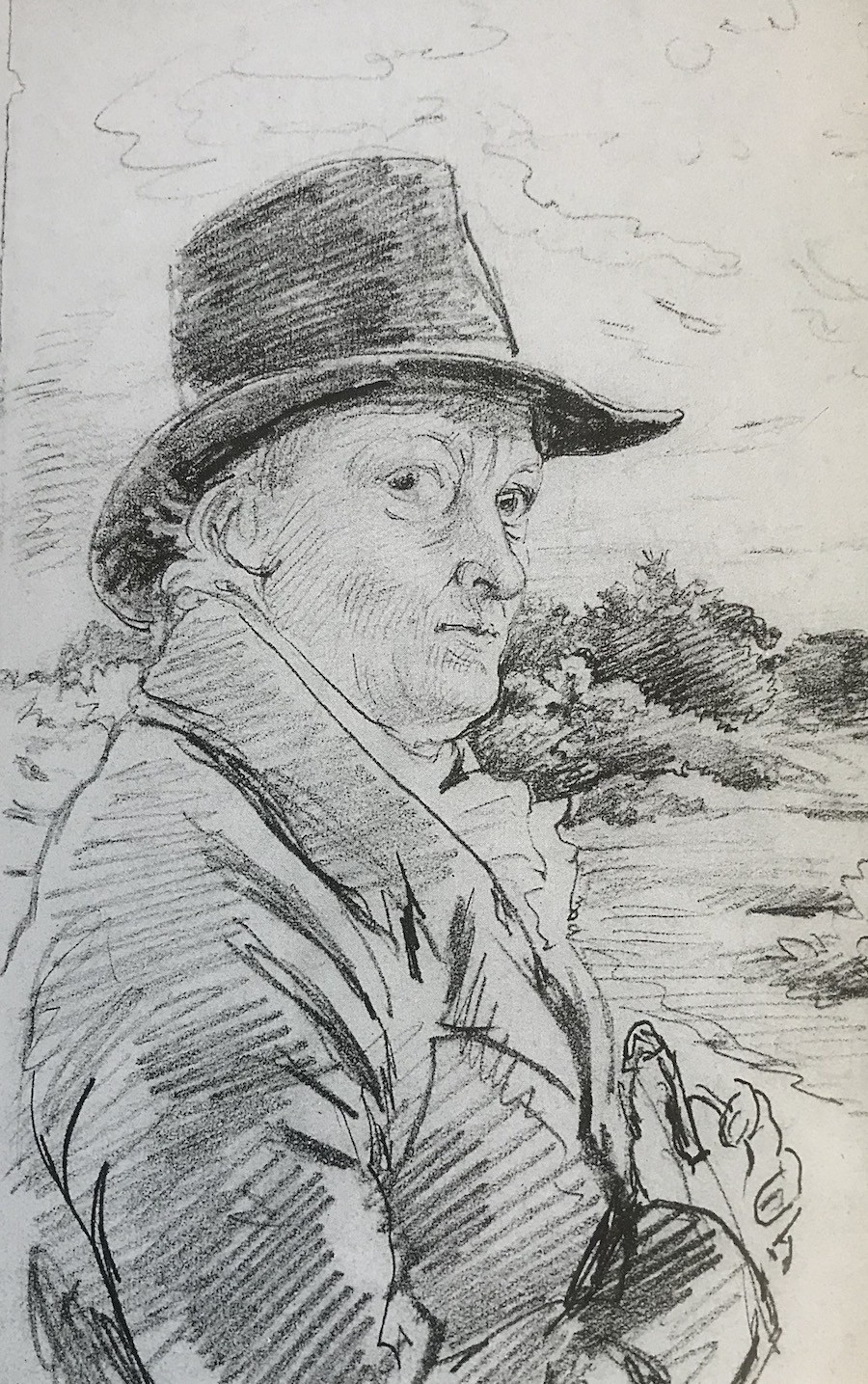 At a Section Salon in December 2019, Patricia Dickson sang two songs from the poetry of William Blake’s Songs of Innocence and of Experience. I wrote these songs for Patricia so that she and I could perform them at the Advent salon.  At that time in the Section, our meetings were devoted to William Blake, a visual artist and poet. Blake’s excellence in poetry and the visual arts makes him a model for collaboration between the Section for the Visual Arts and the Section for the Literary Arts and Humanities.

In the excitement of the 2019 Salon performance, I forgot to push the record button. “No problem,” I thought, “because soon we’ll have time and opportunity to record it again.”

Ha! Right after our salon performance in 2019, Covid hit. Two years later and counting, we still have not found opportunity to make a recording.

Then, this past month in January 2022, I found an old hard drive in a sock drawer, and there on the drive was a rehearsal recording of “Two Songs.” I had forgotten it! Thus, “Two Songs” received a second premiere or reincarnation at our Section meeting on February 5, 2022 when our friend and longtime Section member and colleague Professor Robert McDermott from CIIS gave a presentation on Rudolf Steiner’s 1908 lectures on the Gospel of St. John. Robert and I dedicated the February evening to the memory of Gertrude Reif Hughes, a founding member of the North American Section. “Two Songs” ended the evening. Gertrude gave the name “Humanities” to our Section – an inspiration that I imagine William Blake would have applauded. Gertrude crossed the threshold during the recent Holy Nights.

We have discussed Mary Wollstonecraft and her daughter Mary Godwin Shelley, several times at our meetings.

At the time [that Blake wrote Songs of Innocence and of Experience] he must have known Mary Wollstonecraft well. Visions of the Daughters of Albion, whose theme is the situation of women under restrictive marriage-laws, may also have been inspired by Mary, who as well as publishing her Vindication of the Rights of Women adopted Rousseau’s views on free love and courageously and disastrously put those ideas into practice. She was abandoned by her lover, the American explorer Imlay, the father of her first daughter, Fanny. Mary afterwards married Godwin, who was also an acquaintance of Blake’s, and Shelley’s second wife, (Mary also) was the child of this marriage. Shelley was thus in a sense a spiritual heir to Blake’s views on love and marriage also.

Blake’s Songs of Innocence may well have been directly or indirectly suggested to him by Mary Wollstonecraft; they were his contribution to the current conflict of ideas in the field of education at the end of the eighteenth century, and to the new thought of which Rousseau was the moving spirit.”

— Kathleen Raine, from That Wondrous Pattern

Frankenstein: The Modern Prometheus / The Education of the Free and Ethical Human Being

The education of the free and ethical human being is a salient theme in the famous novel of trans-humanism Frankenstein written by Mary Wollstonecraft’s daughter Mary Shelley. We have discussed this novel and its themes of education, trans-humanism, and individual spritual freedom several times in past meetings.

← Previous "Rock Crystal" by Adalbert Stifter Next The Gospel of St. John / Presentation by Robert McDermott →