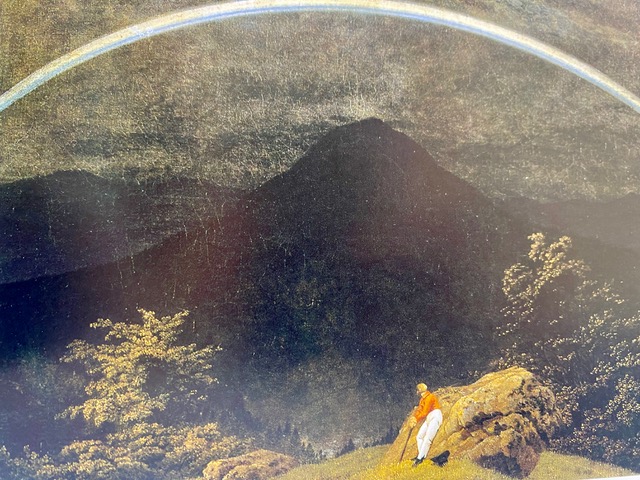 “He was an environment in which people came to be changed.”

Words spoken in reference to Novalis

“To those, who judge men by their forwardness, or by their affectation of fashion or dignity, Novalis was lost in the crowd; but to the practised eye he appeared beautiful. The outlines and expression of his face resembled very much those of St. John, as he is represented in the magnificent picture of A. Dürer, preserved in Nuremberg and München.”

A Portrait of Novalis

Ludwig Tieck was of the first to draw attention to karmic affinities between Novalis, Raphael, and John. And it was noted among the contemporaries of Novalis that the personality of Novalis acted in a solar way upon his friends — that is to say, he brought to them refreshment, light, inspiration. To pursue this metaphor: for the brief period of his poetic career, Novalis was a sun at the center of planets — a person whose presence created a mood, an atmosphere, an “openness to the mystery” that makes possible many events that might otherwise not have found realization. In this respect, Novalis resembled Goethe.

But whereas Goethe stands at the end of a 2000-plus year development and brings a “civilization” to a certain culmination — Novalis stands at a beginning, as Albert Steffen pointed out. See earlier meeting summaries for more details about Steffen’s comments.

The Mystery of Human Conscience

The artwork representations of Elijah, John, Adam, Raphael, Michael, Phineas deepened our appreciation of the mystery of “the still small voice” which, as we are told by Novalis in Part 2 of Heinrich von Ofterdingen, “unites this world with higher worlds.” MariJo’s presentation was especially timely, following up on our meeting last week in which Alice drew attention to the discussion of “conscience” at the end of the novel. Sylvester’s encounter with Heinrich finds affinity with the biographies that MariJo presented. “How long will you waver between two opinions?” For me, these words that touch upon Elijah in conflict with the priests of Baal call to mind words spoken by the mysterious apparition of a woman (goddess?) to the Greeks at the Battle of Salamis, when the Greeks hesitated and rowed backward briefly in panic of the Persian fleet: “Friends, how long will you backwater?”

A short conversation ensued, but really we did not have much time for discussion. Prior to MariJo’s presentation, I introduced briefly an important personality to the group: Monica von Miltitz. I spoke about the castle Siebeneichen, located in the proximity of Dresden (das Schloss Siebeneichen, pictured above). Monica von Miltitz was the great-granddaughter of Dietrich von Miltitz, the cousin of Friedrich von Hardenberg. Novalis and the Hardenberg family knew the Siebeneichen estate quite well — in fact, Novalis wrote greater and lesser parts of literary works at the estate that overlooks the Elbe. These include: The Apprentices of Sais, Hymns to the Night, and Heinrich von Ofterdingen. Monica von Miltitz became an anthroposophist in the 1920s, and she hosted personalities such as Marie Steiner and Albert Steffen at the estate.

It is likely that the scenes of Augsburg that we find in Heinrich von Ofterdingen are imaginative transformations of experiences that Novalis had during visits to Siebeneichen. Monica von Miltitz was a writer of prose and poetry. She died in 1972. A most recent publication of one of her poems, Pfingsten, can be found in the current issue of Das Europaea. Monica von Miltitz wrote and lectured on Novalis throughout her adult life in books such as Novalis in anthroposophischer Betrachtung — which contains in its first chapter “Novalis im Lichte der Anthroposophie” a summary of the karmic biography that we studied in our meeting last night.

In another book, Das Schlosss Siebeneichen, now difficult to obtain, she tells the story of the philosopher Fichte, who was fostered as a boy by the Hardenberg family. Fichte spent much time at Siebeneichen, she relates. And, apropos the Fourth of July, I showed a picture of Monica von Miltitz presenting the sword of General Lafayette to the faculty of Lafayette College in Pennsylvania — a gesture that I would assume had Michaelic expectations. The sword had been an heirloom in the von Miltitz family for 140 years. It was obtained directly from Lafayette. 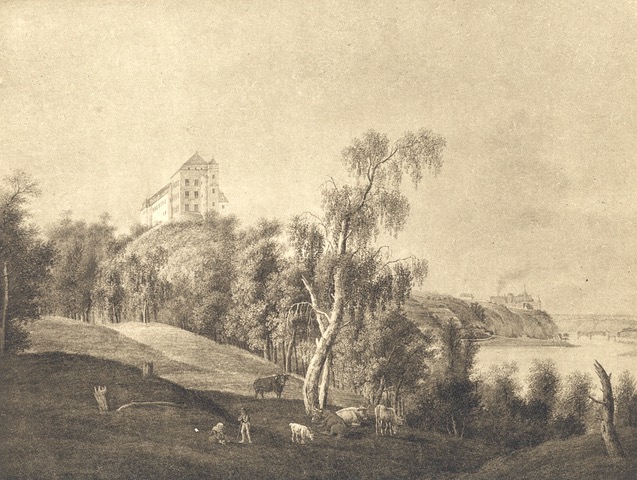 “Where are we going then? Always toward home!”

Well, we are slowly concluding our journey with young Heinrich. Gosh! No flagging in the rhythm of our weekly Zoom meetings yet!  And now, with the days of St John having flowed past, I for one can feel a certain turn of spirit toward the winter solstice. In the coming meetings, we need to discuss the relationship of the novel Heinrich von Ofterdingen to Grail literature. We can start this discussion next week, I hope. In the book recently cited, Monica von Miltitz provided a helpful rubric with which to consider Novalis, and I will share it.

These categories include the John element, the Maria-Sophia element, the Grail element, the Orphic element, the Michaelic element. Perhaps we can use this as a helpful outline as we complete the novel and then move on to other important writings by Novalis. Three of these elements have been touched upon, but we should certainly try to spend some time on Orpheus and on the Grail.

And finally, the presentation of the Novalis Fairy Tale Hyacinth and Rosebud done with Margit and Marion is ready for viewing.

← Previous The Unborn Next Conscience & Clouds →