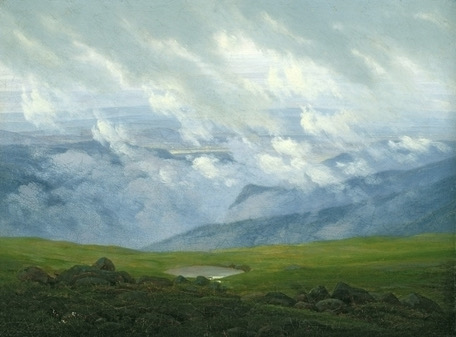 Here is a summary of the recent weekly Section for Literary Arts & Humanities meeting of the local group in Fair Oaks, CA. This meeting occurred on June 13, 2020 via Zoom. In this meeting, we continued our exploration of Novalis.

We again discussed Klingsohr’s Fairy Tale in chapter 9 of Heinrich von Ofterdingen. In the next meetings, we will return to chapters 6, 7, and 8, and then we will survey the incomplete second part of the novel. We also will have a presentation on the incarnations of the individuality whom Rudolf Steiner identified as the poet Novalis.

This will bring us to the conclusion of Heinrich von Ofterdingen, at which point we will need to decide how to continue.

As a nod to the journey we have made over the past twelve weeks and as an inspiration to continue the journey, Marion, Margit, and I soon will offer a performance video or recording of the fairy tale Hyacinth and Rosebud, which is found in The Apprentices of Sais. This performance video or recording will feature voice recitation by Margit and Marion and original music composed by me and played by me on the classical guitar. We need to finalize the content medium for this offering — Zoom, Vimeo, YouTube, Livestream, Salon for a few socially distanced guests? — we’re not yet sure. Stay tuned.

One reason for the selection of this fairy tale Hyacinth and Rosebud… we may want to turn our attention to The Apprentices of Sais when we are finished with Heinrich von Ofterdingen. It is an earlier work, written while Novalis was at the Mining Academy, during a time when he was greatly impressed by his mentor at the academy, Abraham Gottlob Werner (whom Heinz Ritter, in disagreement with Friedrich Hiebel, identifies as Klingsohr). But we also might wish to turn our attention to Hymns to the Night, which is a late work written in its final form at the same time that Novalis was working on Heinrich von Ofterdingen. Or we could take up Märchen (fairy tales) as a general topic — folkloric Märchen and/or Kunstmärchen.

This would allow us to read many outstanding authors, such as Ludwig Tieck and E.T.A. Hoffmann, to mention only two. Or we could turn our attention to art — Caspar David Friedrich is most especially inviting after a visit to Augsburg with Heinrich. To say nothing of philosophy! Novalis is now justly famous for his contributions to German philosophy — a significant aspect of his achievement that was dismissed, misunderstood, and/or badly misread until the latter half of the 20th century. My original interest in Novalis is due to literary theorists such as Manfred Frank, who did much significant work in this reappraisal of Novalis.

And hey — here’s a curveball (very difficult for the batter) — how about the women who played such a critically important role as hostesses of salons? Persons such as Caroline Schlegel/Schelling and Rahel Varnhagen come to mind, to mention just two. But we might be challenged to find translations of materials in English. It’s a German thing, eh? Back to the Brits? Moby Dick? Or perhaps, as Alice suggested, it would be helpful to read chapters 6, 7, 8 in HvO in company with Rilke’s Letters to a Young Poet? There’s a golden thread between the two poets, I would argue.

Section Presentation to the Society

Something to put on the calendar: we agreed last night that the Section will present another offering to the Faust Branch in November 2020. This presentation is calendared to occur on November 18 (only one day after the anniversary day that Hardenberg met Sophie!). We have lots of time to consider what to do or how to create something original — so let’s start to sleep on it, maybe.

Some reminders, questions, and reading points

Finally, I referred last night to the essay by Albert Steffen, Die Botschaft von Novalis, which is found in his book Wiedergeburt der Schönen Wissenschaften. In this essay, Steffen makes an interesting comparison between Dante and Novalis. I think this is very helpful. The discussion should be complemented, in my opinion, by a consideration of Petrarch, who inaugurates, arguably, the humanist tradition in literature, of which we are the heirs — well, some of us, I guess. Steffen helps us to understand the differences between Dante and Novalis — not just similarities. If we take the Divine Comedy as the summation work of Dante’s poetic career and then compare it to Heinrich von Ofterdingen — what do we discover? True, HvO is a mere beginning, compared to Dante’s poem — but if you have read the suggested endnotes by Ludwig Tieck, you will have read that Novalis had plans for HvO that were just as cosmological as Dante’s vision in Divine Comedy. The fact that HvO is a “mere beginning” or “fragment” is of course no criticism at all from the standpoint of early romantic poetics — it is in fact, as Steffen reminds us, a strength and signal characteristic and sign of tremendous worth.

Steffen remarks that Dante’s work is a culmination, but Novalis points to the future; he is a beginning. If that is true, what capacities of the human soul and imagination does Novalis anticipate — or expect us to develop? Recall: when Novalis speaks about poetry and poets, we might just as well understand him to mean: “the spiritually awake, free and ethical human being.” How does he expect us to wake up? To read Novalis backward through the lens of Dante’s mythology — would that really be helpful entirely for this journey that Novalis wants us to undertake? And in what respect does Klingsohr’s Märchen respond to Dante’s poem? In what sense does Klingsohr’s bravura performance (entirely endorsed by the novel, by the way) present to the aspiring poet, Heinrich, a new and different way forward as a poet? Can we find evidence in the scattered fragments of Part 2 of HvO to help answer this question? What is magical idealism? Who is Klingsohr? 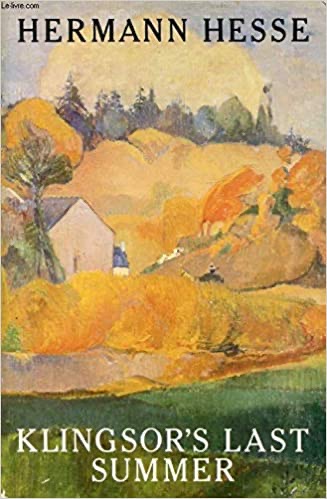 “We search everywhere for the unconditional but find only things.”
— Novalis, Pollen, 1798