Here is a summary of the recent Section for Literary Arts & Humanities meeting of the local group in Fair Oaks, CA. This meeting occurred on April 10, 2021 via Zoom.

Our weekly local Literary Arts Section meetings have resumed after a two-week Easter holiday. We will continue our weekly meeting rhythm at least until summer.

This entire evening was devoted to Announcements and Discussion. Briefly summarized, we discussed:

“Grenzgänge . . .” (Boundary Crossings . . . )
The German word at the header of this paragraph — variously translated . . . and please try your hand at your own poetic version — is the title of the Stil Easter edition devoted to Rainer Maria Rilke, and it is also the title of the lead-off article in that issue by Christiane Haid. I found the word used variously in some quick searches on the internet, which by the way turned up what looks to be a passport for Rudolf Steiner. 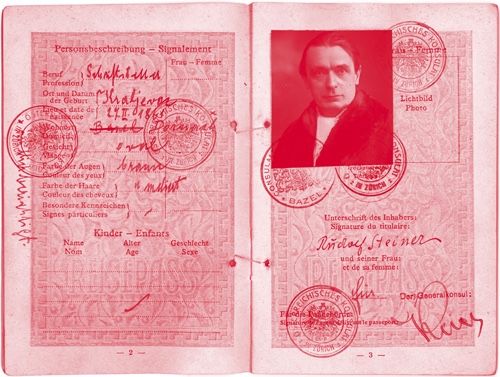 Persons who frequent liminal zones — those who trace, cross, and/or re-cross (transgress) borderlines and boundaries that others take for No Trespass Zones — these are often persons with a keen sensitivity for freedom and a keen sensitivity to the artistic and spiritual dimensions of the being human. Like our young hero Heinrich in the novel by Novalis Heinrich von Ofterdingen — which is a portrait-of-the-artist-as-a-young-man sort of book, one might argue — such persons may freely hover between modes of experience, modes of identity construction, upper and lower worlds — and they often test thresholds and boundaries — for example, the threshold between matter and spirit, life and death. Such threshold experiences were prima materia for the poetry of Rilke. Anyone familiar with the Duino Elegies or the Sonnets to Orpheus or Rilke’s voluminous correspondence such as the famous Letters to A Young Poet knows well that Rilke lived with singleminded devotion to poetry, his muse, and the spirit — much, in fact, like young Heinrich, who is only at the beginning of his poet’s journey in the Novalis novel. (The Borderers, by the way, is the title of a youthful play by William Wordsworth. In previous meetings, we read Schiller’s play, The Robbers — of similar theme.) 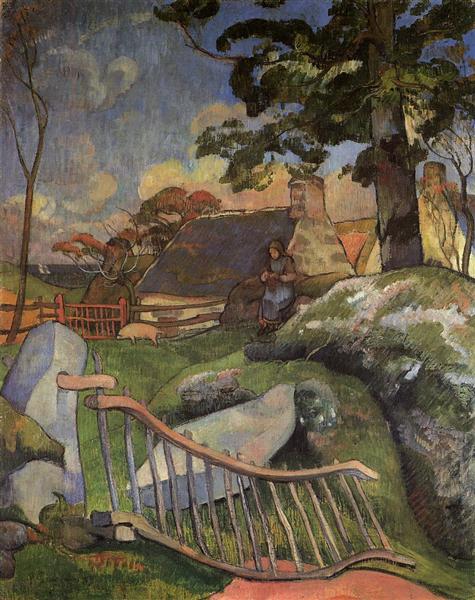 The Wooden Gate (The Pig Keeper) by Paul Gaughin, 1889

The Quest for the “Blue Flower” and for the “Mothers”

As I have said several times previously in these summaries, one of the primary tasks of a lover of literature is to make connections. By reading literature, by writing literature, by inhabiting liminal literary zones, we participate in boundary crossings. Some might even argue, as I have done, that the study of literature — the living into the life literature — develops clairvoyant capacities — empathy and compassion, for example — capacities that assume an ability to read into the experience of the other. That is one reason why authoritarian and repressive societies (or Plato, for example, in his Republic) look askance and with hostility upon poets. This transgressive attitude of the border-walker-poet-shaman challenges constructed norms. But of course, without such challenges those so-called norms become what William Blake referred to as a prison house for the soul.

“A Departure into the Unknown”

Blake, Novalis, Rilke stand in a tradition in that sense — although their metaphors are somewhat different. Blake and Novalis used Christian iconography which they found at hand in the early romantic late eighteenth-century world — Rilke, more transgressive in the spirit of the modernist tradition of the 1920s, did not find affinity with those tropes. All three poets, however, are Orphic, one might argue. To hear the music of Orpheus in their verse empowers us for own own individual boundary explorations, tracings, crossings, and poetry — maybe.

“Experience and the experience of limits — be they limits of understanding, of inner sensation or of purely physical constitution — is often painful. We are thrown back on ourselves in our perception and at the same time intensively experience the presence of the other person. Boundaries always cause an increase of consciousness and their overcoming demands a step into the open, a leaving behind of the previously known and proven — a departure into the unknown.

With Easter we remember the greatest crossing of boundaries: Christ, as a divine being, inhabited a human body and therein experienced death and at the same time overcame it. Earthly existence and death have thus undergone a profound transformation.

Rilke’s life and work is almost paradigmatic for the sounding out and overcoming of boundaries . . .” 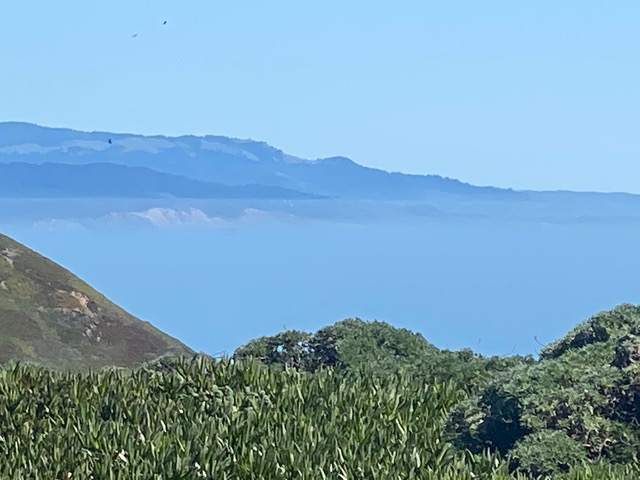 As we move into the year, I am slowly going to shorten these emailed meeting summaries and instead put more effort of the details of our meetings on TheLiteraryArts.com website, along with other material. A step by step process. So please gradually redirect yourself to the website for more information about:

“Early Spring / Illustration for a Poem by Rilke” by Kolomann Moser, 1901

And . . . Announcing:
Poet’s Night! Ta Da!
Our meeting next week on April 17 will feature: Poetry!

Consider this an invitation to read an original poem, an original translation, or a favorite poem by a poet you find inspiring. We’re an intimate enough group that I think we can accommodate everyone in the hour’s time we have at hand. Contact me if you want to read — again, something original or something by someone else. Original poetry will go first, I guess. Based on who contacts me and when, I will put together a list of “poets” and match the offerings to the Time That Is At Hand.

“The will-o’-the-wisps rather preferred to make quick exit on a merry joke, but they felt bound to the earth in an incomprehensible manner. It was the most unpleasant sensation they had ever experienced.”
— Goethe, The Fairy Tale

“I want to be with those who know secret things or else alone.”
— Rainer Maria Rilke, from Letters to a Young Poet

“Eternity is in love with the productions of time.”
― William Blake, from The Marriage of Heaven and Hell