Rudolf Steiner’s First Address / “Goethe as the Founder of a New Science of Aesthetics” (Vienna, 1888) 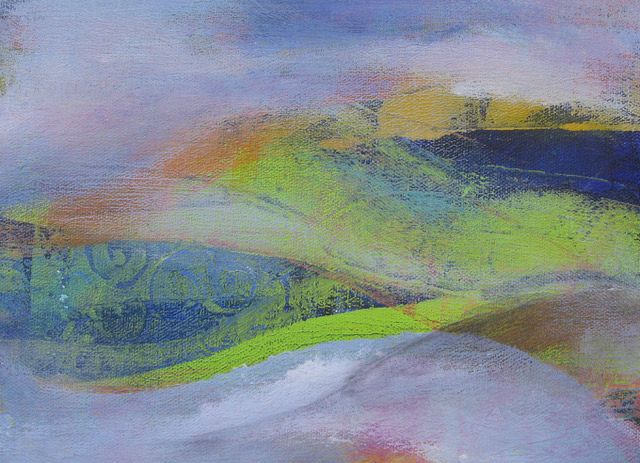 Here is a summary of the recent Section for Literary Arts & Humanities meeting of the local group in Fair Oaks, CA. This meeting occurred on March 6, 2021 via Zoom.

Artwork Above: “The Green Snake” by Marion Donehower

The Beautiful Soul
Our recent 2021 work with Goethe’s Fairy Tale links us back to many themes and research topics that have been living in our group for the past five or six years. Last night, I reminded the group members of a Section meeting held in July 2017, when Patricia shared with us a quote from a literary website that touched upon a topic that our group of the Section for Beautiful Sciences has repeatedly studied: the emphasis that late 18th century artists, writers, philosophers, salonistes, and musicians placed upon the cultivation of “the beautiful soul.” In 2017, we were studying works by Goethe such as Faust, The Elective Affinities, and Wilhelm Meister’s Apprenticeship.

“In a global culture that appears increasingly obsessed with radical individualism, narcissistic presentations of self, and incendiary political rhetoric, it is hard to imagine that society once cared about the beauty of the soul. But, in the late 18th and early 19th centuries in Germany and across Europe, the pursuit of a ‘beautiful soul’ became a cornerstone of philosophical thought and popular discourse, advanced by some of the most important intellectuals of the time, including Johann Wolfgang von Goethe, Friedrich Schiller and Wilhelm von Humboldt. To these thinkers, the pursuit of inner perfectibility responded to the horrors of the French Revolution’s irrational mass action culminating in The Terror of the 1790s. Nascent notions of democracy, they believed, could be developed only if each individual achieved liberation from what Immanuel Kant described as the ‘self-incurred tutelage’ of intellectual immaturity by developing cognitive and emotional faculties through aesthetic experiences.”
— Justine Kolata, Ph.D. / Link to Article

At our previous meeting July 2017, we looked at the chapter in Wilhelm Meister’s Apprenticeship that is helpful for an understanding of Goethe’s biography — the chapter entitled “Confessions of a Beautiful Soul.” Those familiar with Goethe’s life will recall that this chapter recounts the time in which Goethe discovered Rosicrucian and alchemical texts. More importantly for our work in the Section for Beautiful Sciences, however, is the chapter’s emphasis on the “beautiful soul.” 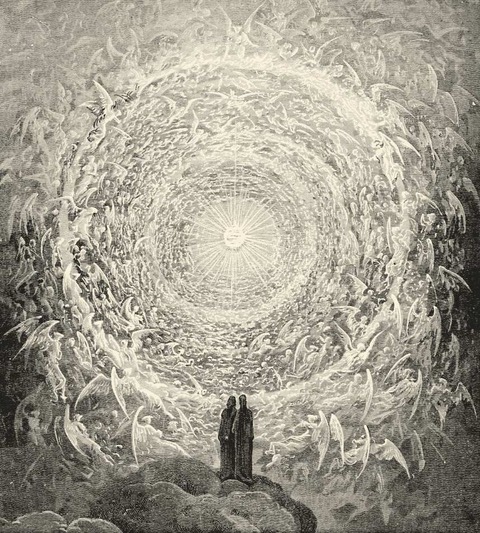 In 1888 Rudolf Steiner unpacked Goethe’s aesthetic theory in his First Address or lecture given in Vienna at Michaelmas. While much attention quite properly has been given to Rudolf Steiner’s Last Address, one might say that less attention has been given to Steiner’s First Address — which some have argued is a text foundational for the Section for Beautiful Sciences — as well as for anthroposophy. Steiner himself called this First Address a “healthy foundation for Anthroposophy” and suggested that a proper understanding of anthroposophy rests upon a proper understanding of aesthetics, such as the study of aesthetics begins to be understood during the time of early romanticism that we are studying. Indeed, Steiner’s observations in this First Address rest solidly upon early romantic aesthetic theory and are indebted to writers such as Novalis and Goethe — Novalis notably present in the Last Address, as Goethe in the First.

“. . . this work of mine, of more than twenty years’ standing, can be published to-day without the alteration of a single sentence. If this alleged alteration in my views was connected especially with my spiritual scientific (anthroposophical / geisteswissschaftlich) activity, my answer is, that on reading through this lecture, the ideas developed in it appear to me to be a healthy foundation for Anthroposophy, and the anthroposophical way of thinking, in particular, to be most suitable for the understanding of these ideas.”

— Rudolf Steiner; from Preface to Second Edition / Goethe as the Founder of a New Science of Aesthetics (Schmidt Number – S0001) 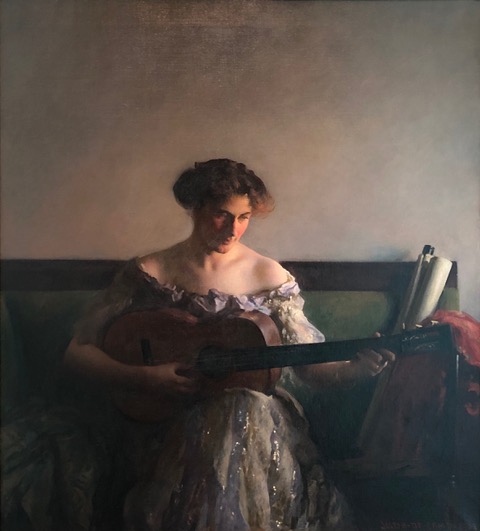 Is the Fairy Tale Mightier Than Philosophy?

I’ve used this phrase quite a few times recently to draw attention to Novalis, who valued the fairy tale highly. Rudolf Steiner accepts the idea that one of Goethe’s purposes in writing The Fairy Tale of the Green Snake and Beautiful Lily was to add a necessary imaginative counterpoint to Schiller’s more serious-minded philosophical production: Letters on the Aesthetic Education of the Human Being. Rudolf Steiner presented this thesis in a lecture from 1904 — a lecture that followed closely upon the line of argument that we find in his First Address of 1888.

“Goethe in his Fairy Tale brought out what Schiller expressed in his Aesthetic Letters; — the union of Necessity with Freedom. What Schiller tried to express in these letters Goethe could not grasp in abstract thought but gave in the form of a Fairy Tale. “When I want to express these thoughts in all their living force, I require pictures and pictures and pictures, such as the ancient priests of Initiation made use of in the Mysteries.” He did not teach his pupils by means of abstract thoughts, but by bringing the whole drama of Dionysos before them, by showing them the great course of the evolution of man, of the resurrection of Dionysios; and he also showed that which went on invisibly in the drama of “Dionysos and Osiris.”

The reference in this quotation to Osiris and Dionysius resonates with our recent enjoyment of Mozart’s “fairy tale” opera The Magic Flute (1791), and also with those late plays of Shakespeare which are often referred to as romances. We dallied with these late Shakespeare masterpieces prior to our dalliance with Goethe. What do “play” and “fairy tale” celebrate?

“The human being plays only when she is human in the full sense of the word, and she is only a complete human when she plays.”

“Beauty alone makes the whole world happy, and every being forgets its limits so long as it is under its spell . . .”

— Friedrich Schiller / Letters on the Aesthetic Education of the Human Being 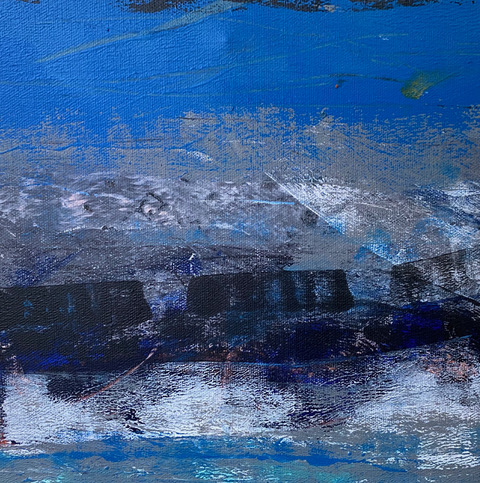 Goethe’s Legacy: “Nourish yourself on Being, and be Happy!”

I began this meeting summary in medias res, out of respect for the epic-making impulse that is implicit as seed-archetype in Goethe’s Fairy Tale — and which, as we recall, Rudolf Steiner identified as the original seed-archetype of the anthroposophical movement (“die Urzelle dieser Bewegung”). But, in keeping with the protocol of the epic, it is time to circle back to beginnings, which in turn imply endings. A never-ending story! At the beginning of the meeting, I shared a poem that the Section presented to the Faust Branch in 2016 when the Branch asked the Section to present something on Goethe. The poem selected for that occasion is one of the last poems that Goethe wrote — his last will and testament, one might say. It is titled in German Vermächtnis, which roughly translates as Legacy. In this poem, Goethe brings to summary verse his secular humanist literary outlook on life and the being human, and he celebrates “the noble soul.” Such noble souls, who find themselves rightfully situated in the stream of Being (according to Goethe) — are fitted to that special position of hovering by Beauty, one might assume. To extend a Goethean metaphor — Could one perhaps observe the metamorphosis of the idea of Beauty — such as it presents itself seed-wise in early romanticism — as this idea of beauty of soul develops and transforms itself seed-wise, serpent-wise into the idea of the “noble soul”?

After the group heard Goethe’s late life poem as our opening verse and discussed how we had used it in the past, several of the group members asked to have a copy. I’ve included it here as an ending to this summary. From this ending, let us begin again! — next week! — when we once more will follow the wriggling serpent back and forth across the stream.

And oh, I almost forgot — the name of the film we discussed last night is Darby O’Gill and the Little People. Highly recommended. For playfully serious adult viewers only! Best viewed in mid-March at St. Patrick’s or St. Joseph’s with 3 cabbages. Link to Film Trailer.

No being can crumble into nothingness!
The Eternal continues to stir in all things;
Nourish yourself on Being, and be happy!
Being is eternal: for laws
Preserve the living treasures
With which the universe has adorned itself.

The truth was discovered long since,
And has created an alliance of noble minds;
Hold on to the old truth!
Son of earth, thank the wise man
Who showed it the path by which it circles the sun,
And showed that path to its siblings.

Next you have to trust your senses;
They do not allow you to observe anything incorrect
If your understanding keeps you alert.
Cheerfully make observations with fresh eyes
And walk, firmly but with suppleness,
Through the meadows of a richly endowed world.

Make moderate use of abundance and plenty;
Let reason be at hand in every place
Where life enjoys life.
Then the past will be of permanence,
The future will come to life in advance,
And the present moment will be eternity.

And once you’ve finally succeeded,
And have been permeated with the feeling
“Only what is productive is true,”
You can probe the doings of society,
Which will operate according to its own rules;
Associate yourself with the smallest number of people.

And, as of old, the philosopher
And the poet created, in silent seclusion,
A labor of love in pursuance of their own will,
So you, too, will obtain the highest favor:
For to have a presentiment of what noble souls will someday accomplish
Is the most desirable function of man.

“In the midst of the awful realm of force, and in the midst of the divine realm of law, the aesthetic impulse to form constructs unnoticed a third happy realm of play and of appearance in which the fetters of all circumstance are taken from man, releasing him from everything that could be called either moral or physical constraint.”
— Friedrich Schiller, Aesthetic Letters

“Associate yourself with the smallest number of people.”
— Goethe, Legacy

← Previous A Night with Novalis Next The Enchanted Garden →