The Art of Memory 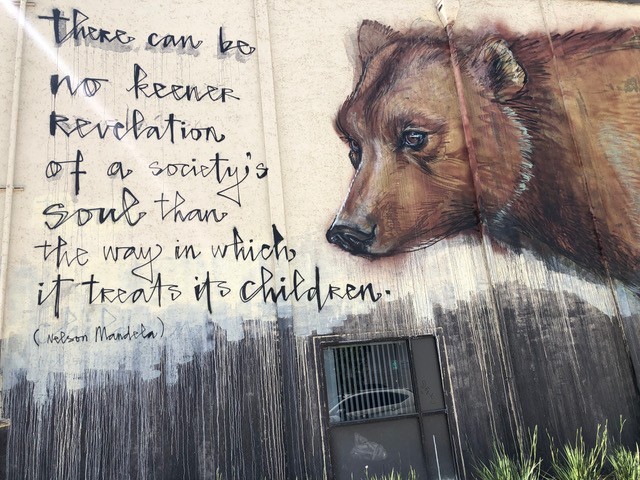 “Listen to the Bear” photo by Bruce Donehower

At our recent Section meeting on October 2, 2021, we returned to themes that were under discussion at our last in-person meeting on March 2020, just prior to Covid isolation.

We discussed the North American Section meeting that occurred on September 19 and the recent Michaelmas Celebrations at the Goetheanum.

We advanced to the Question: “What is the Significance of the Literary Arts and Humanities and How Does this Section Contribute Uniquely to a Spiritual Science?”

We referenced an essay that Christiane Haid delivered at a Section Meeting in Montreal in 2017 that addressed the Question. “What is the Significance and Work of the Section for the Literary Arts and Humanities?”

We said “ Tschüss!” to the friends from Saxony / Weimar. They are busy now. We said “Hiya!” to the Brits and Amis.

We set the Calendar of Events for the Michaelmas “semester” (Michaelmas to Advent).

We highlighted new publications on the Books & Essays page.

We discussed the upcoming Ritual Circumambulation of Mt. Tamalpais for the Poets and Landscapes initiative.

We briefly discussed the plans to make a movie and we watched the movie trailer and talked about the cast. Marion is managing this as part of the Fairy Tale initiative. 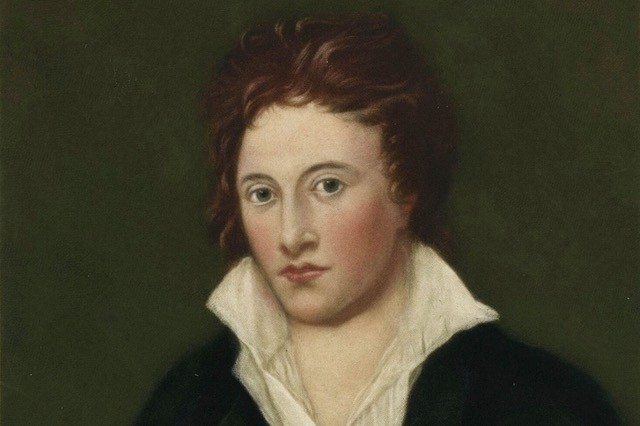 “Inspired poetry awakens us to the recollection of what is already within us, bringing with it a kind of recognition, as if we had always known these things.”

October 16: Section Meeting (discussion of themes and topics related to the Question: “What is the Significance of the Literary Arts and Humanities and How does this Section Contribute Uniquely to a Spiritual Science?”

October 30: Canadian Poet Philip Thatcher will join us to read from his new book of poetry and discuss the poet’s process. Click this sentence to read Fred Dennehy’s review of Philip’s book Fine Matter, published by Arie van Amerigen in Canada.

December 4: Playwright Fred Dennehy will join us to discuss the playwright’s and actor’s process.

December 11: Poet/eurythmist/translator Clifford Venho will join us for an evening presentation.

This schedule is subject to sudden change and artistic revision. Keep an eye on the literary landscape at TheLiteraryArts.com. 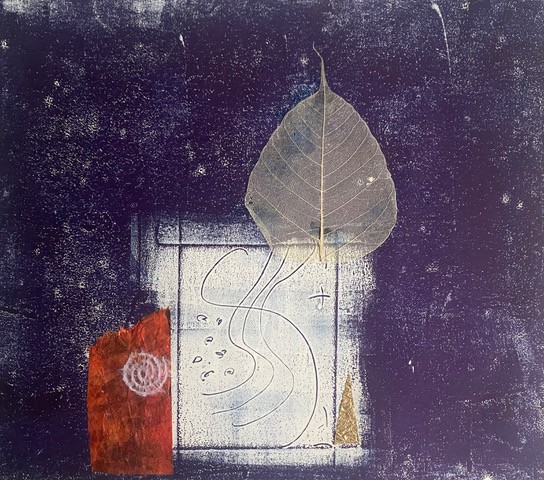 “How to Read a World” by Marion Donehower

In the North American meeting of the Section for the Literary Arts and Humanities that occurred on September 19, 2021, I made the comment that one possible way to view the study and practice of literature is to view it as a school of spirit remembering and as a practice of soul retrieval and awakening. After all, for very many readers, a meeting with the literatures of the secular humanist tradition has been in a very real sense a moment of enlightenment, self-discovery, and initiation. We awaken to a fuller awareness of our spiritual identity as the being human.

“A Rose by Any Other Name?”
But what do we mean when we use the word “spiritual” here? In German, the word used is “Geist” — not quite the same as in English. In German, the term “Geisteswissenschaften” means Humanities. When you go to a German university, you traditionally have the choice of the Natural Sciences or the Humanities. No one who enrolls for courses in the Geisteswissenschaften thinks she is signing up for a foundation year in anthroposophy. She has signed up for courses in the Humanities: a broad cultural literary discipline that orients us toward the humanist tradition of secular literature that in the West has its origin in Greece and which received a particular “consciousness soul” impulse at the time of Petrarch. But in the English speaking world, especially in the context of the work we are doing in our Section, the term “Spiritual Science” points to anthroposophy in a unique way. In the American university, if “spiritual science” were understood to have any meaning at all, it might be taken as a reference to “anthroposophy” in the sense that Rudolf Steiner uniquely employs the term in German and in which we find his unique usage of this term as it is translated into English.

We will discuss this a bit more at our next meeting(s) as we go farther down the road slowly with the Question: “What is the Significance of the Literary Arts and Humanities and How does this Section Contribute Uniquely to a Spiritual Science?”

“Blake called the poet ‘the Awakener;’ for is there not in us all something we feel we have forgotten, which we seek to retrieve from our unawareness, to ‘remember,’ as Plato says? Plato’s word is anamnesis, which means, literally, ‘unforgetting;’ for Plato taught that the soul knows everything but has in this life forgotten what it knows ‘in eternity.’ Inspired poetry awakens us to the recollection of what is already within us, bringing with it a kind of recognition, as if we had always known these things. Inspired poetry is not ‘difficult,’ in the sense of requiring many notes before we can understand it—on the contrary, what is inspired from this deep source comes with a sort of simplicity, like the music of Bach or a melody of Schubert . . . almost one might say of a homecoming to our native country.”

— Kathleen Raine, excerpt from her collection of essays That Wondrous Pattern

Literature and “Knowledge of the Higher Worlds”

Often readers find their first experience of “the right book at the right time” to be a world-altering and Self-altering encounter. It is for them an encounter that awakens one to the mystery of individuality and to the mysteries of the greater world(s). The encounter, like all moments of initiation, can be exihilating and annihilating. One not only awakens to questions that lead to the Quest, but one also begins a process of “spirit remembrance,” some have argued. Such persons suggest that the study and practice of literature is a spiritual discipline in its own right. Literature empowers us to become time travelers and clairvoyants, they say. Through such practice and discipline we develop capacities to inhabit other minds, other cultures, other times. We learn the rudiments of karmic research — and after a while, we acquire skills of imagination and skills of subtle analysis that allow us to discover our forgotten homeland(s), perhaps. Do we become poets?

Negative Capability
“. . . when man is capable of being in uncertainties, Mysteries, doubts, without any irritable reaching after fact & reason.” 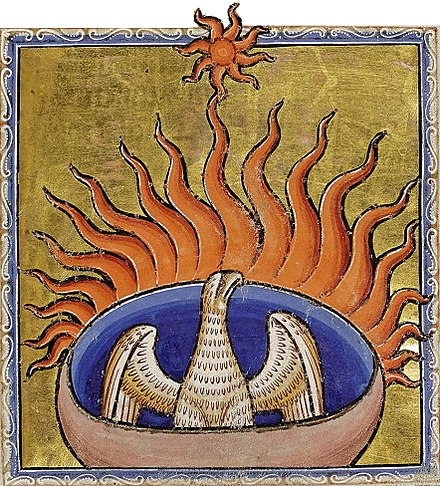 With Christiane’s permission, I posted in the Section News an essay by Christiane Haid on the Significance and Work of the Section for the Literary Arts and Humanities. The essay was delivered at a conference of the Section in Montreal in 2017. It is quite lengthy and inclusive.

Additionally, the Literary Arts website contains many discussions of this subject, and you will find increasingly abundant materials on the Books and Essays page, including a recent valuable publication on the Foundation Stone meditation published by Arie van Amerigen in Canada.

You will also find Jane Hipolito’s enthusiastic review of my novel The Singing Tree: An Alchemical Fable, a book that explores with Imagination the themes discussed in this meeting summary. Also you will find a new translation for the 21st century of Goethe’s Fairy Tale, “the germinal seed of the anthroposophical movement,” according to Rudolf Steiner.

For an essay on the “History of the Section in North America” by Marguerite Miller, click this sentence.

For discussion of Rudolf Steiner’s First Address and its relevance to the Question, click this sentence.

Report from the Secret Garden

Our next Section meeting occurs October 16 at 7 pm Pacific. We will go farther down this path of inquiry into the spirit and purpose of the Beautiful Sciences.

“The connection to the spirit breaks when beauty does not hold it together. Beauty binds the ‘I’ to the body.”
— Rudolf Steiner, from the notebooks of 1918, quoted by Christiane Haid in her essay

“There was once an imagination of what the Humanities were. They created the bridge between the actual sciences and the works of humanity’s creative imagination.”

— Rudolf Steiner, quoted by Christiane Haid in her essay on the Literary Arts & Humanities

Shelley “ . . . stands for the revelation to men of ineffable spiritual realities beyond the reach of sensuous experience. His soul flamed upward like Blake’s, though with less detachment. He explored the empyrean; he touched the intangible; his poetry brought down to earth the vision of supernal beauty . . .”

— Harriet Monroe, from her essay on the poet Shelley

“Poets are the hierophants of an unapprehended inspiration: the mirrors of the gigantic shadows which futurity casts upon the present . . . the trumpets which sing to battle and feel not what they inspire; the influence which is moved not, but moves. Poets are the unacknowledged legislators of the world.”