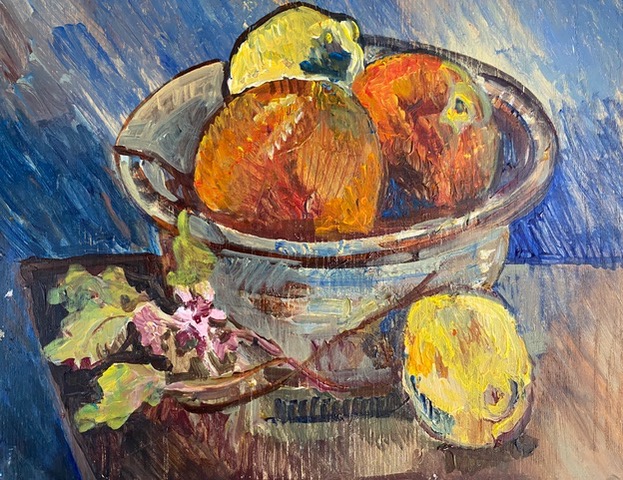 Here is a summary of the recent weekly Section for Literary Arts & Humanities meeting of the local group in Fair Oaks, CA. This meeting occurred on October 10, 2020 via Zoom.

We made slight changes to the rhythm of our meetings. Although the “official” meeting began as usual at 7:00 pm, I started the Zoom session about a half-hour early. This allowed time for socializing, catch-up, check-in, and general discussion. This increase in meeting length feels important, especially since it appears that the current environment of challenges will continue.

The other change to the meeting was the addition of a Waiting Room Entry Protocol. We will continue to use this Zoom-mandated feature, which requires persons to “ring the door bell” to ask permission to enter the meeting space. Our old in-person meetings worked the same way. People didn’t just show up suddenly while the meeting was in session; they arrived a bit early, rang the doorbell, said “Hi” to everyone, settled down, and then we all began together with the verse. 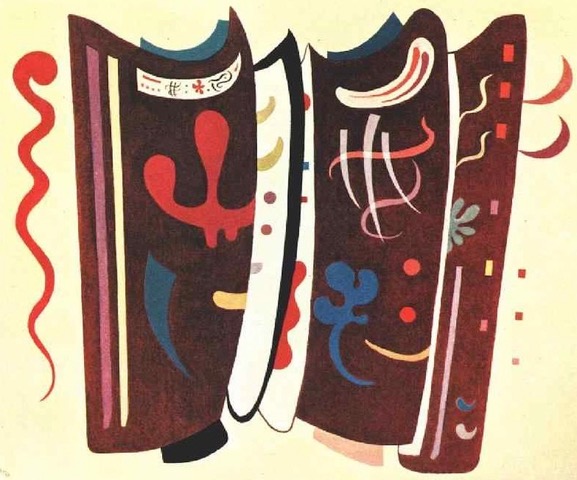 Last night we used two verses: one was the Herbst verse from The Calendar of the Soul. The second was a fragment by Novalis. Here is the fragment. The numbers at the bottom refer to the volume number and page of the Kohlhammer standard edition.

“All being, being itself is nothing more than being free — hovering between extremes that must of necessity be united and separated. From this focal point of hovering all reality flows — everything is contained in it — object and subject exist through it, not it through them. I‑ness or productive power of imagination, the hovering — determines, produces the extremes, between which it is hovered — This is a deception, but only in the realm of common understanding. Otherwise it is something thoroughly real, because the cause of it, hovering, is the origin, the mother of all reality, reality itself.” –(Novalis, II, 266)

This selection is an excerpt from the longer fragment number 555 on page 266, and it is found in the section entitled “Bemerkungen zur Wissenschaftslehre” (“Remarks Concerning Science of Knowing”). This section is found in the larger collection of fragments known as Fichte Studies in which Hardenberg (who had not yet named himself Novalis) worked out his understanding and revision of Fichte’s philosophy. You can obtain an English language translation of Fichte Studies from Cambridge University Press, edited by Jane Kneller.

This collection of fragments might be read as a philosopher’s notebook — it tracks the intimate process by which Hardenberg came to an understanding of Fichte’s influence and ideas, and how Hardenberg eventually revised and transmuted these ideas into the stuff of poetry. It can be read as a young man’s journey from philosopher to poet, maybe — an artist’s journey to Self and Identity. The collection provides glimpses into the alchemical process, so to speak, by which Hardenberg became Novalis — an initiation into an understanding of Self and Destiny that occurred during the time of engagement to Sophie and which included the period of mourning after her death. Ideally speaking, Fichte Studies should be read in tandem with Hardenberg’s journal.

One of the key words in this fragment is “hovering” (Schweben). We spoke about this word and the importance it has for Novalis in earlier meetings — for example, at the meeting on April 18, 2020 when I presented a translation of a portion of a poem written just a short time before Novalis died — one of the last poems he wrote. Here is a snippet.

A lively and extremely helpful discussion arose after the reading of this fragment — a discussion such as can occur only in a situation as this: where readers are quite familiar with Novalis and his writings and have formed a conversation community. An important point of discussion is the translated meaning of the word “Schweben.” With the help of the native German-speaking member of our group, we unpacked connotations and denotations of this word Schweben. The challenge with Novalis is this: he is a poet, not a philosopher. He uses philosophy (most especially the “Ich Philosophie” of Fichte), as a means of training mind and insight but with the goal of — hmmm, shall I say it this way? — transcending philosophy? Or perhaps a better term might be the one used by Novalis himself: he transmutes Fichte’s philosophy by means of “Magical Idealism.”

That is why, for example, Hardenberg makes a pun with Sophie’s first name (“Philo-Sophie”) or why for example he and his friends frequently used the term “Sym-philosophie” to describe their literary activities (sort of roughly meaning, “sympathetic philosophizing” — or (to take a leap) “heart/mind thinking”) — and it helps us to begin to understand another term Novalis and his friends used quite often (another pun on a name, by the way) “Fichtezieren.” (Nope, not even gonna try to unpack that one!)

To put it boldly: Novalis prioritizes relationship and feeling as a prior state of Being or Being-unity that challenges Fichte’s insistence on the inherency of the sovereign autocratic “I.” We could argue about this, of course — and sym-philosophize! But Novalis says toward the end of his life that he has left philosophy on the bookshelves — meaning: “been there, done that.” He thinks he has found, as he shows us in the novel Heinrich von Ofterdingen, a better way — or at least, a better way forward for him, as a poet. And thus he and we come to the term: Magical Idealism. What does it mean?

Perhaps in future meetings, we will be able to unpack this all more carefully. It’s a lot! And we haven’t read Fichte. OMG. 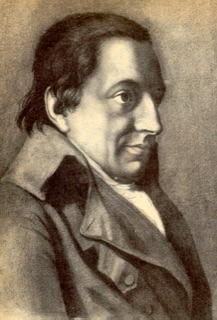 Last night we had a very stimulating conversation, as I said, concerning the translated meaning of the word “Schweben.” Interesting to note that the Cambridge edition that I mentioned earlier translates “Schweben” as oscillation. That is helpful, and certainly, it is part of the connotative meaning, as Novalis the poet uses the term. For the moment, however, I prefer “hovering” — and I gave my reason for that last night — once again referencing poetry, romantic irony, Schiller’s understanding of the importance of play, and Mozart — noting how Hermann Hesse (a lineage heir of Novalis) makes use of Mozart in this playful “hovering” sense in Steppenwolf, for example. I’m referring to the extended episode of the Magic Theater at the novel’s conclusion when Harry Haller receives an initiation into the Being Human. Perhaps next week we can look a bit more closely at this scene.

A Recital of Organ Music

And on that harmonious note of music and poetry, the second half of our meeting commenced. Alice presented her translation (still a work in progress) of Hermann Hesse’s poem Orgelspiel. Last week she led us to an insightful consideration of this poem by introducing the book Wasser Klang Bilder: Die Schöpferische Musik des Weltalls by Alexander Lauterwasser. This book is somewhat similar to Theodor Schwenk’s Sensitive Chaos, which many of us are familiar with. Both books take inspiration from Novalis. Schwenk’s title “Sensitive Chaos” comes from a fragment by Novalis, as we know. Most interesting for us, as Alice pointed out, is that Lauterwasser’s book begins with Novalis and ends with a poem by Hesse — again underscoring the continuity between these writers. Alice informed us that the poem that appears in the book by Lauterwasser is an excerpt from a work by Hesse that was published in 1946 during the era of The Glass Bead Game.

Last night, Alice read her lovely translation, and we followed along on our screens, making use of the screen-share feature in Zoom, as we do frequently. One of the pleasures of hearing Alice read this poem was to follow her handwritten text. And I must confess to a shiver of excitement when she read the last lines of the poem, which again so clearly resonate with Novalis — in particular the novel Heinrich von Ofterdingen.

“And so flows in sub-earthly darkness
The sacred stream eternally forth
Sometime out of the depths — sparkling come its tones;
Whoever hears them, senses the mystery — the secret therein;
Sees it flowing — wishes to hold it fast,
The burning longing to go home. Then he senses what Beauty is.”

Alice has shared a link to the German version of the poem. I did a search on ABEBOOKS and found the 1946 edition published in Konstanz. 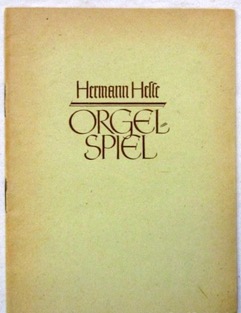 Too much “Schall und Rauch?”

Well, to put a name to it: no. Alice has led us to a very important thematic connection between Hesse and Novalis: Music. If we “oscillate” back to the fragment that we used at the beginning of the meeting, with its emphasis on “hovering,” and if we ask: what capacity of understanding or Feeling does Hardenberg bring to his reading of Fichte? — in a certain sense, it is music. Hardenberg learns to read Fichte musically, one might imagine. Now, of course, Hardenberg / Novalis was not a musician, but if you read him you can’t help coming away thinking that he understood the soul of music — as did Hesse, some might argue.

Return to the Home Key

Our meetings will continue their weekly rhythm until Advent, as which time we will celebrate, reminisce, (sing?), take stock and plan. Sensitive chaos? Let us hope! We’ll devote some attention to The Apprentices of Sais, rendezvous with Siddhartha, Harry, Goldmund, Heinrich and other unsavory roustabouts and disciples who chase the chimera of Self and Freedom — catch a few tunes with Mozart, maybe — and consult Schiller, as befits the mood and Spirit of the Time.

“On the universal nth language of music. The spirit becomes free, determinately stimulated— which is so beneficial for it— and seems so familiar to it, so patriotic— that for this short moment the spirit is transported to its Indian homeland.” — Novalis

“Stop this day and night with me and you shall possess the origin of all poems,
You shall possess the good of the earth and sun, (there are millions of suns left,)
You shall no longer take things at second or third hand, nor look through the eyes of the dead, nor feed on the spectres in books,
You shall not look through my eyes either, nor take things from me,
You shall listen to all sides and filter them from your self.”
— Walt Whitman