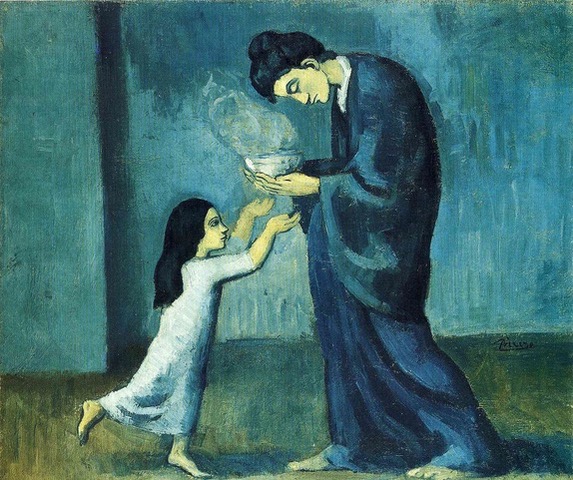 “The fairy tale is the touchstone of poetry . . . everything poetic must be like a fairy tale. The poet worships chance.”

This 20-minute lecture video is from a Meeting of the Section for the Literary Arts and Humanities held on November 20, 2020. At the bottom of the post are performance videos in English and German of the fairy tale “Hyacinth and Rosebud” by Novalis.

One of the most arresting statements made by Rudolf Steiner about the fairy tale is that “fairy tales can help counter illnesses.” We find this statement in the book The World of Fairy Tales, which is featured in the Books section of this website.

“In a genuine fairy tale, everything must be miraculous, mysterious, and interrelated; everything must be alive, each in its own way. The whole of Nature must be wondrously blended with the whole world of the Spirit. In fairy tale, the bonds between anarchy, lawlessness, freedom, the natural state of Nature make themselves felt in the world . . . The world of the fairy tale is a world which is opposed throughout to a world of rational truth, and precisely for that reason is it so thoroughly an analogue to a world of rational truth, as Chaos is an analogue to finished Creation.” 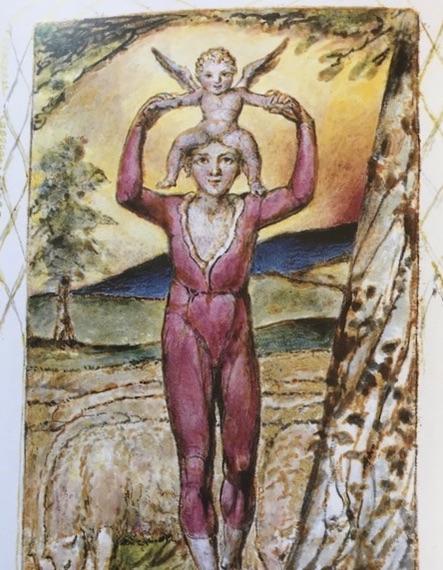 “Poor child, who has not yet loved!”

The picture above is by William Blake. Contemplate it for a moment. (Blake and Novalis have a lot in common — they were contemporaries.) Contemplate this picture and imagine that you are carrying on your shoulders a child such as this. Is the child happy? Sad? Frightened? Worried? Angry? Sick? Is the child having a fit, or maybe is it afraid of the world?

I’ve always been fascinated by a remark made by Novalis in which Novalis said that Goethe’s fairy tale is “Narrated Opera.” Not opera in a total musical form, but narrated opera, Novalis says. Spoken opera. Usually when I tell my musician friends that I am making fairy tale videos with speech artists in Fair Oaks – tiny “narrated operas” – they smile and say: “Oh good! I’ll give them to my grandchildren.” But these tiny narrated operas are for adults! As Novalis and Rudolf Steiner pointed out, every adult needs to hear a true fairy tale in the right way! Every adult has a child inside, as Steiner pointed out – a child who needs to hear the true fairy tale, repeatedly. But maybe the adult doesn’t let the child listen to such stories. Oh my! How sad! The adult would rather explain the deep hidden meanings in the fairy tale and say wise things or teach lessons – but the child only wants to enjoy a narrated opera.

“There is a great difference in whether or not one has as a child grown up with fairy tales. The soul-stirring nature of fairy-tale pictures becomes evident only later on. If fairy tales have not been given, this shows itself in later years in weariness of life, in boredom. Indeed, it even comes to expression physically: fairy tales can help counter illnesses. What is absorbed little by little by means of fairy tales emerges subsequently as joy in life, in the meaning of life – it comes to light in the ability to cope with life, even into old age. Children must experience the power inherent in fairy tales while young, when they can still do so. Whoever is not capable of living with ideas that have no reality for the physical plane, “dies” for the spiritual world.”