Poetics of Place / A Ritual Circumambulation 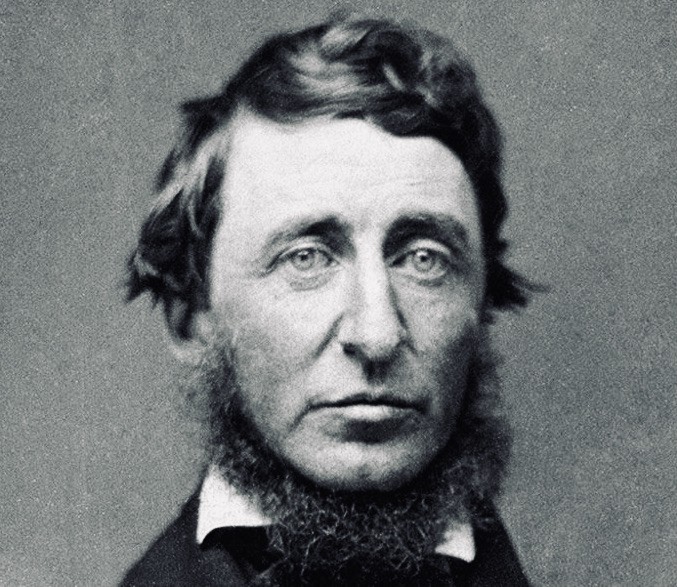 “I have met but one or two persons in the course of my life who understood the art of Walking, that is, of taking walks—who had a genius, so to speak, for sauntering: which word is beautifully derived from “idle people who roamed the country in the Middle Ages, and asked for charity, under the pretense of going a la Sainte Terre,” to the Holy Land, till the children exclaimed, “There goes a Sante-Terrer,” a Saunterer,‑‑a Holy Lander.”
— Henry David Thoreau, from the essay “Walking”

The meetings on November 20 and November 13 inaugurated our “Poets in Landscapes” Section initiative as meeting members and friends turn attention to North America and its literatures.

The “Poets in Landscapes” initiative will add another texture to the rich tapestry of our Section meetings. We will of course continue our work with the Foundation Stone Meditation as we move toward the anniversary years 2023 and 2024.

Click this sentence to read Herbert Hagens’ review of Arie van Amerigen’s and Christiane Haid’s edited edition of essays: The Foundation Stone and the Challenge of our Time.

In past meetings we began a discussion of the early modernist era of the late 19th and early 20th century Europe in an attempt to better read the Christmas Foundation Conference of 1923/1924 from a literary, artistic, and humanist perspective, as is in keeping with the name and purpose of our Section. As preparation for this reading, we spent the past two years studying early romanticism in Germany and England, with special attention given to Novalis and Goethe. Our background work also included study and performance of the poet Rainer Maria Rilke.

For an overview of our group work and a view of the literature we have discussed in previous regular ongoing meetings for over more than a decade, click this sentence. 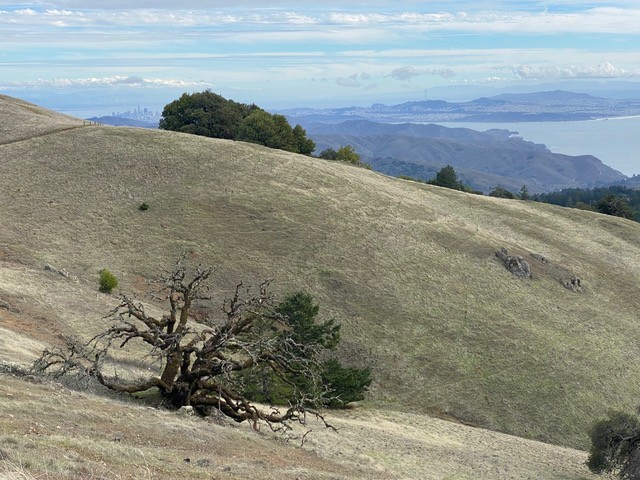 Here are some poets and writers whose names arose during our discussion at the meeting on November 20. Some writers have joined our conversation for the first time.

Our meeting started with the verse that Rudolf Steiner gave to the teacher of Greek and Latin at the first Waldorf school in Stuttgart. You can find this verse in the lecture collection titled The Genius of Language. Then Rose read a fascinating early twentieth century newspaper article about the old railroad on Mt. Tamalpais. From here we segued to a reading from Jack Kerouac’s novel The Dharma Bums. This is the text that inspired the recent event “Celebrating the Mountain” at All Souls on Tamalpais. And then the discussion took off in many directions as meeting members enthusiastically shared personal experiences and reflections.

“10 Views Toward Grail & Tamalpais: A Circumambulation”

To follow up on those conversations, I am re-publishing an essay that first appeared in the 2002 Yearbook of the Section for the Literary Arts and Humanities (Dornach, Switzerland). This essay takes the reader on a poetic saunter, as Henry David Thoreau might say—a literary meander that covers territory from pre-Christian Glastonbury to 21st century Northern California to 8th century China.

In future meetings, we will take more saunters into literary landscapes as we explore the “Poetics of Place.” Indeed, Ralph Waldo Emerson had just such a sauntering attitude in mind when he wrote the poem “Uriel” that I discussed in the essay mentioned above.

In future meetings we will look more closely at Emerson’s work and at how Emerson challenged Eurocentric poets and writers of his day to bring to expression a literature voiced with the spirit of North America.

In the poem “Uriel,” Emerson suggested a new poetics.

“Line in nature is not found;
Unit and universe are round;
In vain produced, all rays return;
Evil will bless, and ice will burn.”
As Uriel spoke with piercing eye,
A shudder ran around the sky;
The stern old war-gods shook their heads;
The seraphs frowned from myrtle-beds;
Seemed to the holy festival
The rash word boded ill to all;
The balance-beam of Fate was bent;
The bounds of good and ill were rent;
Strong Hades could not keep his own,
But all slid to confusion . . .”
— Ralph Waldo Emerson, from the poem “Uriel,” 1847

Celebrating the Mountain: A Video for All Souls

“10 View Toward Grail & Tamalpais: A Circumambulation”

“This is the last place. There is nowhere else to go.

For we have walked the jeweled beaches
at the feet of the final cliffs
of all Man’s wanderings.

This is the last place.
There is nowhere else we need to go.”
— Lew Welch, from “The Song Mt. Tamalpais Sings”

“Dante is the great artist of pilgrimage, making the journey to firsthand experience an ideal in art and life alike, and inspiring countless artists and pilgrims to imitate him.”
— Paul Elie, from The Life You Save May Be Your Own

“Darkness is falling through darkness
Falling from ledge
To ledge.
There is a man whose body is perfectly whole.
He stands, the storm behind him,
And the grass blades are leaping in the wind.
Darkness is gathered in folds
About his feet.
He is no one. When we see
Him, we grow calm,
And sail on into the tunnel of joyful death.”
— Robert Bly (12.23.1926 – 11.21.2021) / “The Hermit” from The Light Around the Body

← Previous “Celebrating the Mountain” / All Souls, 2021 Next Advent in the Secret Garden: A Report from the Fairy Tale Group by Marion Donehower →