The World Must Be Romanticized 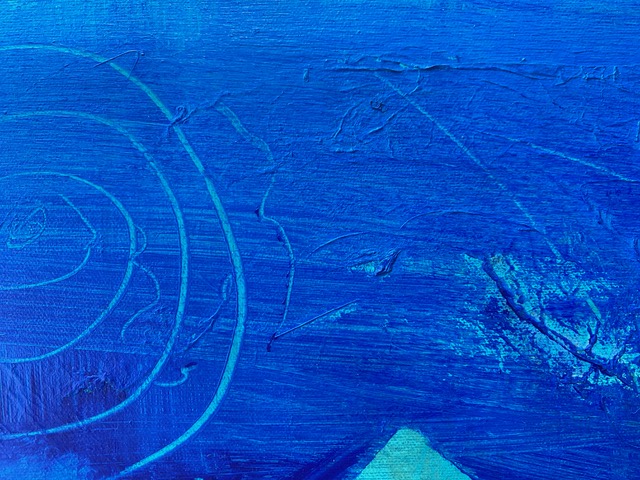 This is my report on our recent Zoom meeting of the Fair Oaks group on April 11. We ran about a half-hour over our allotted time, and we decided to start our next meetings at 7:00. I will schedule the next meeting for an hour and a half. We will continue with Novalis and the novel Heinrich von Ofterdingen.

At our next meeting, Alice will give a report on the Wartburg, the Battle of the Singers, and the Minnesinger Heinrich von Ofterdingen. Cheryl is working on Vidar and the connections to Hardenberg’s birthplace, Gut Oberwiederstedt.

At our meeting on April 11, Gayle drew our attention to an important and well-known fragment:

“The world must be romanticized. In this way one will again discover the originary meaning. Romanticism is nothing else but a qualitative potentization. The lower self is identified via this operation with a better self. Thus we ourselves are the products of such a series of potentizations. This operation is yet entirely unknown. I romanticize the world to the extent that I give the common a higher meaning, the ordinary a mystery‑laden aspect, the known the dignity of the unknown, and the finite the lustre of eternity—taken another way, this operation occurs for the sake of the higher, the unknown, the mystical, and the eternal—through such joining these are logarythmisized—and receive a current expression: romantic philosophy.” — Lingua Romana. Alternation of ascension and descent. (Logologische Fragmente, 1798)

We also spent time discussing the biography of Hardenberg and the “two paths” to knowledge that are presented in Chapter Two of Heinrich von Ofterdingen:

“I do not know, but it seems to me, that there are two ways, by which to arrive at a knowledge of the history of man; the one laborious and boundless, the way of experience; the other apparently but one leap, the way of internal reflection. The wanderer of the first must find out one thing from another by wearisome reckoning; the wanderer of the second perceives the nature of everything and occurrence directly by their very essence, views all things in their continually varying connexions, and can easily compare one with another, like figures on a slate.”

During my opening remarks, I made reference to Paracelsus: in particular, to Paracelsus’ use of the term “light of nature” (Lumen Naturae) — a term that C.G. Jung described as “the light of the darkness itself…” in his essay “Paracelsus as a Spiritual Phenomena.”

From here, I referenced Rudolf Steiner and Steiner’s important and helpful little book Eleven European Mystics. Steiner discusses the phenomenon of inner light, and if we did not know these words were written by Steiner, we might suspect that they were penned by Hardenberg / Novalis:

“Thus the inner life of man not only elucidates itself, but also external things. From this point an infinite perspective for human cognition opens up. Within glows a light which does not confine its luminosity to this interior. It is a sun which illuminates all reality at once. Something appears in us which unites us with the whole world. We are no longer merely the single accidental man, no longer this or that individual. In us the whole world reveals itself. To us it discloses its own interconnection, and it shows us how we ourselves as individuals are connected with it. Out of self‑knowledge is born knowledge of the world. And our own limited individuality takes its place spiritually in the great interconnection of the world because something comes to life in it which reaches beyond this individuality, which embraces everything of which this individuality is a part.” — (Rudolf Steiner Publications, Blauvelt, NY, pg. 119)

I hope we can go further with this investigation of “inner light” as we journey with Novalis.

I am finding the Zoom meeting format to be quite challenging, but I also have experienced the value and the joy of studying Novalis together with others. I’m glad we have decided on a weekly rhythm. And I hope you have been able to complement your study of Novalis with the practice of an art.

Here is the map that we discussed last night.

“He sang the origin of the world, the stars, plants, animals, and men, the all-powerful sympathy of nature; the remote age of gold, and its rulers Love and Poesy; the appearance of hatred and barbarism, and their battles with these beneficient goddesses; and finally, the future triumph of the latter, the end of affliction, the renovation of nature, and the return of an eternal golden age.”
— Novalis, Heinrich von Ofterdingen

← Previous The Key to the World Next Hovering →