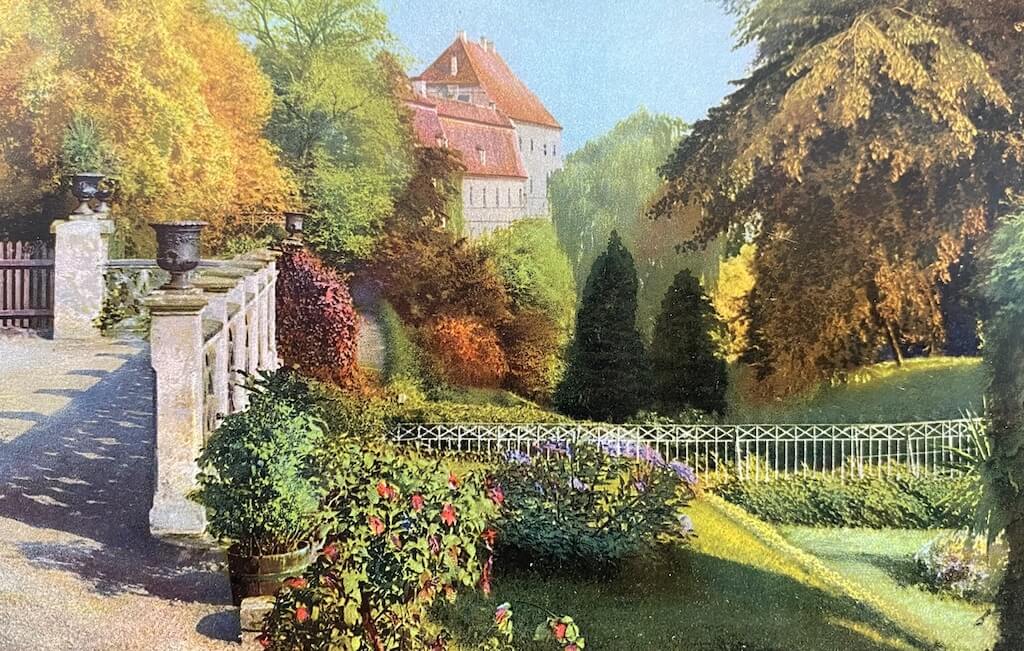 On May 2, 2021 the friends and members of the Section for Literary Arts and Humanities group in Fair Oaks met to celebrate the 249th birthday of Friedrich von Hardenberg, the poet Novalis (May 2, 1772). This “New Moon Salon” occurred on Zoom – an artistic hour of music, art, poetry, and Novalis. Here is a summary of the event, with links to videos made for the occasion.

Retreat and Renewal
For more than a year now during the time of Covid-19, the local group of the Section for Literary Arts and Humanities of the School for Spiritual Science has been meeting weekly to study Novalis and authors who have been inspired by Novalis.

In our weekly Section meetings, Novalis has brought us healing energies during this time of crisis and self-isolation, and he has inspired many new initiatives in our group.

Novalis loved music. Although he did not practice music, he was a poet and had what every true poet requires: an ear for the music and rhythm of language. To get us started and to settle us into the mood, I played a Prelude by Bach (BWV 1007) and showed on the screen a few representative selections from the writings of Novalis.

“Bad fortune, good fortune,
Good fortune, bad—
Each to its opposite.
The Time is at Hand!”
— Goethe, The Fairy Tale, 1795

Revolutionary Salons
Novalis and his friends were not pessimistic – they were outrageously optimistic. Like us, they got together in salons. Their salons were creative events where all sorts of new ideas were rehearsed.
Viewed externally, these romantic salons were insignificant, compared to the overwhelming magnitude of outer events. Viewed esoterically, however, these events were actually highly significant. “Think globally, act locally,” Novalis and his friends might have said.
In this next short video, you will see pictures of Novalis, and you will hear me read from a memoir written by his close friend Ludwig Tieck. 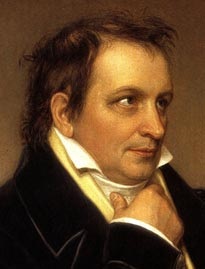 You can read about Tieck here on The Literary Arts website – or check out a recent translation of The Fairies, by Ludwig Tieck. Rudolf Steiner spoke very highly of Ludwig Tieck. Tieck introduced Novalis to alchemy and Jakob Boehme. Tieck oversaw the posthumous publication of the incomplete novel, Henrich von Ofterdingen, in which we hear of the famous Blue Flower. Tieck played an extremely important role in helping us to remember Novalis.

So, in the next video, when you hear the narration, those are words written by Ludwig Tieck about his friend Novalis.

“Heinrich was a poet by nature.”
— Novalis, Heinrich von Ofterdingen

A Journey to Dresden
The next video is a surprise and a special treat for Novalis fans.

The pictures in the video are rare. They are in an old book – in German only, out of print — published by one of Novalis’ relatives – Monica von Miltitz.

Monica was an anthroposophist and a friend of Rudolf Steiner, Marie Steiner and Albert Steffen. She lived in the castle Siebeneichen near Dresden – a castle in the Hardenberg extended family – a place where Novalis worked on Hymns to the Night and Heinrich von Ofterdingen. Novalis visited that castle often.

The video contains many pictures of the Castle Siebeneichen. As you watch the video, you might want to imagine yourself walking the grounds. Novalis knew this place intimately. It inspired him.

Marie Steiner and Albert Steffen also visited here. Their friend Monica was a dedicated anthroposophist and a friend of the United States. She did much good work for Novalis. You’ll see her picture briefly at the beginning of the video. (It’s good to have some family members at the birthday party.)

In the middle of the video, where the music changes to the minor key, you will see a picture of a wood carving of John and Mary at the foot of the cross. John is consoling Mary. Again, this is a word carving displayed in the castle. Novalis would have seen it, one might conclude – as a child and as an adult. The family typically celebrated Christmas here.

“Where are we going, then?”
“Always towards home.”
— Novalis, Heinrich von Ofterdingen

Lightful Striving
Now a video in which we hear verses from the last poem Novalis wrote shortly before he died. In this video, I again play music by Bach (BWV 999). Bach lived before Novalis, but Novalis and Bach share a similar outlook. They both were searching for a new way to express artistically the essential and universally human quality of the Christ experience.

“What would I be without you?”
— Novalis, Songs of the Spirit, Number 1

A New Translation of a Spiritual Classic
Novalis is famous for his Spiritual Songs. I recently began a project to translate these songs for the friends in Fair Oaks.

At the salon on May 2, I read my translation of the first “Song of the Spirit.” I did this live on Zoom. Then followed a video of Marion reading the poem in German. I accompanied Marion by playing the Adagio movement of the Moonlight Sonata transcribed for classical guitar.

“I must go away to a foreign land!
The old woman in the forest
Has told me what I must do to get well!
She has thrown the stranger’s book into the fire!”
— Novalis, from the fairy tale Hyacinth and Rosebud

The evening concluded with a showing of the fairy tale Hyacinth and Rosebud. We made this video last summer, just as the Covid-19 crisis was picking up speed. Enjoy, if you haven’t seen it!

← Previous The Stars of the 1790s Next The Enigma of Beauty →