The Enigma of Beauty 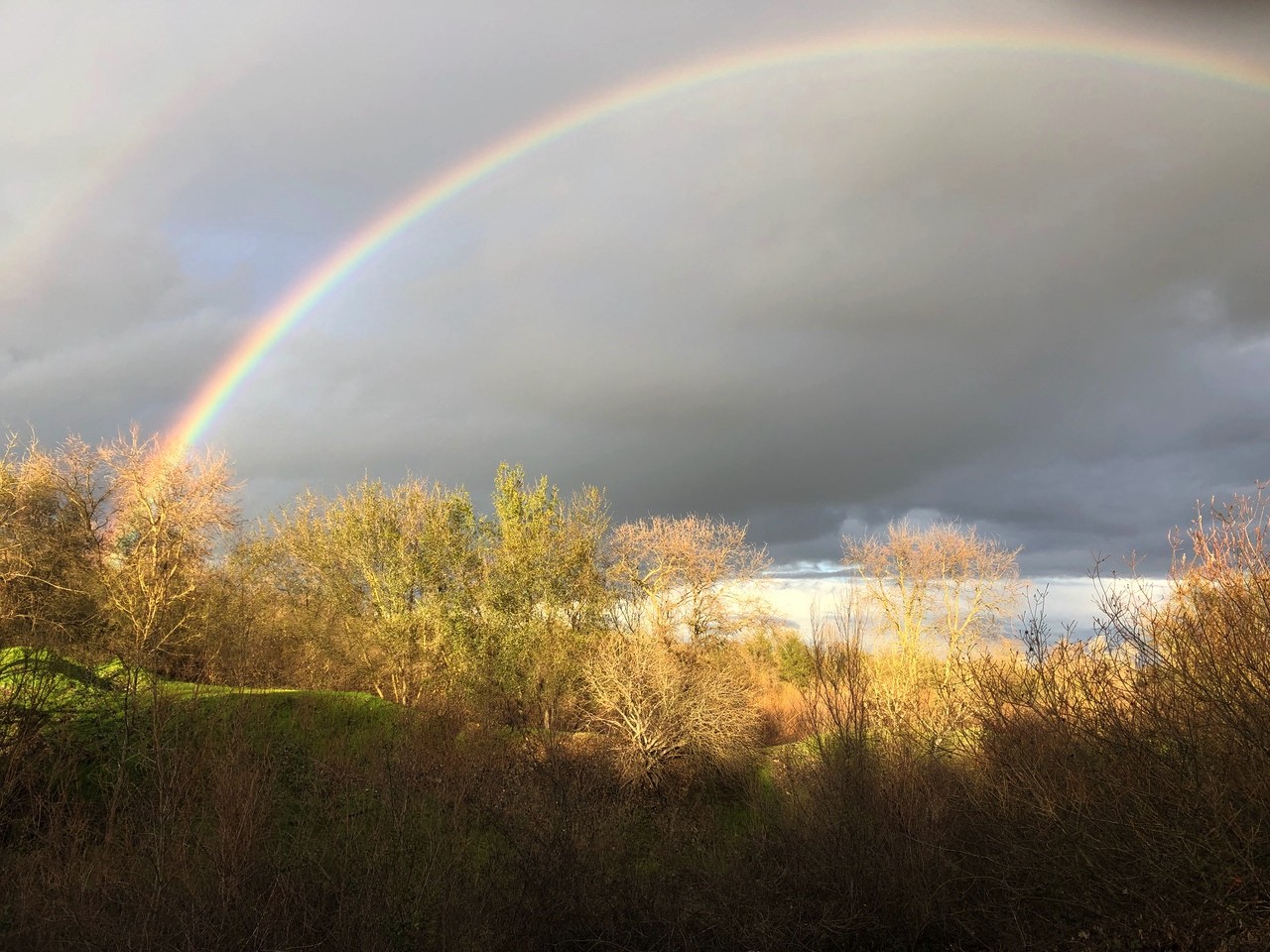 Here is a summary of the recent Section for Literary Arts & Humanities meeting of the local group in Fair Oaks, CA. This meeting occurred on May 15, 2021 via Zoom.

The Enigma of Beauty
We turned once more to Friedrich Schiller’s Letters on the Aesthetic Education of the Human Being — the companion volume to Goethe’s The Fairy Tale. We will discuss Schiller’s book during the remaining meetings in May.

Arie van Amerigen/Christiane Haid
In the meeting last night, I shared the title page and contents page from a new, soon-to-be-available book that collects a series of essays on the Foundation Stone, an anthology put together by Arie and Christiane. The title of the collection is: The Foundation Stone and the Challenges of Our Time. It is published by Les Éditions Perceval in Canada. I will share more details soon.

The Year Participated
On May 2, we celebrated the birthday of Friedrich von Hardenberg, the poet Novalis, with poetry, music, and artwork. We look toward the coming months and wonder how the meetings will change and structure themselves to accommodate new themes and situations. To help with that “look ahead” — I calendared events for the meetings until the tide of St. John, the end of June. Here is how the calendar falls out for May and June.

May 22, May 29
We will survey and discuss Schiller’s Aesthetic Letters and briefly Steiner’s First Address. We touched on these texts in previous meetings — for example, the meeting on March 6, 2021 and the meeting on March 13, 2021 — as well as meetings in previous years prior to Covid. In preparation for the next two meetings, it would be helpful to read the meeting summaries from our previous meetings in March. On May 22, Marion will present something about Schiller’s ideas of harmony and balance, and we will look at Schiller’s ideas about “play” in respect to Steiner’s Philosophy of Freedom.

Here is a quote that appears in the summary for the March 6, 2021 meeting, in which Rudolf Steiner succinctly explains the importance of Fairy Tale and the Aesthetic Letters.

“Goethe in his Fairy Tale brought out what Schiller expressed in his Aesthetic Letters; — the union of Necessity with Freedom. What Schiller tried to express in these letters Goethe could not grasp in abstract thought but gave in the form of a Fairy Tale. “When I want to express these thoughts in all their living force, I require pictures and pictures and pictures, such as the ancient priests of Initiation made use of in the Mysteries.” He did not teach his pupils by means of abstract thoughts, but by bringing the whole drama of Dionysos before them, by showing them the great course of the evolution of man, of the resurrection of Dionysios; and he also showed that which went on invisibly in the drama of “Dionysos and Osiris.”
— Rudolf Steiner (from a Lecture April 1, 1904; Schmidt Number: S-0814)

June 5
As mentioned, Fred will join us to present aspects of Owen Barfield. I am very happy that Fred brings Barfield back into the conversation in Fair Oaks. I have fond memories of the meetings at the Marriott in previous years — one early meeting in which Jane Hipolito and Clifford Monks were present and in which Jane and Clifford shared personal reminiscences and reflections of their time with “Owen.”

June 12
Poetry Night. Our previous poetry salon on April 17, 2021 was a big success, so I asked the poets and poetry-lovers in the group if they wanted to do it again, and they said YES! This will be an evening for original poetry and poems by poets we admire. See the meeting summary for April 17, 2021 for more information.

June 19
Bloomsday. As lovers of literature know, June 16 is “Bloomsday” — the day in June during which occur the narrative events in James Joyce’s Ullysses (1922). While it would be a challenge worthy of a green snake to attempt a bridge to Joyce’s book — I thought we could stick our toes in the riverrun of Joyce and modernism by devoting this evening to Leopold and Stephen — and of course, Molly. (Cabbages, onions, and artichokes will be on hand in abundance in event of emergency or inexplicable darkening of appendages, etc. Oh yes.) After all, as noted in previous meeting summaries, Joyce inherits the “portrait of the artist” Bildungsroman theme that Novalis and Goethe pioneer — Novalis in Heinrich von Ofterdingen, Goethe with Wilhelm Meister. One might argue that this “portrait of the artist” Bildungsroman is perhaps the most significant literary contribution to emerge from early romanticism — and that it accords with the mood of the age of the consciousness soul, as Wordsworth perhaps intuited with his extended poetic example of the form, The Prelude, a poem we studied in 2018 — The Prelude being another example from the 1790s.

The mind of man is formed even like the breath
And harmony of music. There is a dark
Invisible workmanship that reconciles
Discordant elements, and makes them move
In one society.
— William Wordsworth, The Prelude

June 26
Solstice Salon to celebrate the St. John’s Tide. A celebration of art, music, fairy tale, poetry. I will send more details as the time draws nearer to hand.

Then we will have a Summer Break for silent self-sustained writing, reading, music, walks, poetry, shell collecting, salsa (dancing?), very precise measurements of obscure natural phenomena, basket weaving, journalizing, meditation, movie making . . . As you like it! 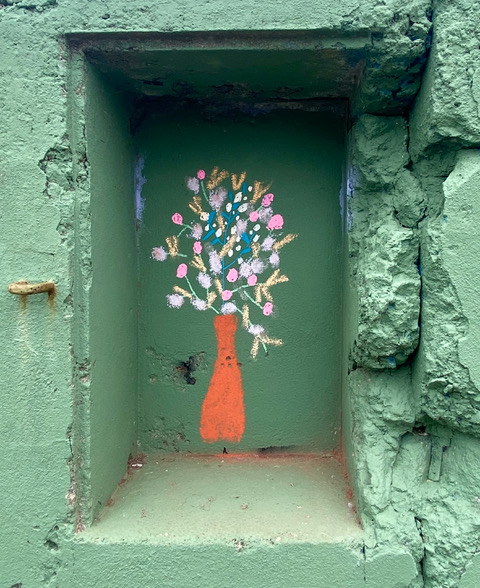 “A Happy Realm of Play and Appearance”
For those of you who wish to prepare for the next two meetings, I have been using the Keith Tribe translation of the Aesthetic Letters (Penguin), but the text is available on the internet for free, and I don’t think it makes a big difference what translation you read. If you don’t have time or inclination to look at the text, however — no worries! We are going to acquaint ourselves with the book “playfully.”

And perhaps it might be interesting to review once more what Rudolf Steiner has to say about this moment in the 1790s when Goethe and Schiller collaborated and when Schiller wrote his Letters. We discussed this a bit in previous meetings, and again you might want to look at the summary for the meeting held on March 6, 2021. We should have time in the next two weeks to touch upon Rudolf Steiner’s First Address — as he termed it — “Goethe as the Founder of a New Science of Aesthetics.” This text directly hovers upon the themes in Schiller’s book and the important themes that we find in Goethe’s Fairy Tale — and it is a foundational text for our areas of study and for anthroposophy, one might argue.

A New “Translation and Arrangement” of Goethe’s Fairy Tale
Finally, to tie up some loose ends, in late May or early June I will make available as a publication the new translation of Goethe’s Fairy Tale — portions of which I read to the group from manuscript in past recent meetings. This project is a direct outcome of our Section work in Fair Oaks. For sure, it would not have happened otherwise. Nope, no way. I’ll share more information soon.

Link to Barfield Poetry
Here is the link to the site where you can find Owen Barfield’s poetry, including the poem we shared last night: Barfield’s poetry link. We’ll read a few more poems in preparation for Fred.

“In the midst of the awful realm of force, and in the midst of the divine realm of law, the aesthetic impulse to form constructs unnoticed a third happy realm of play and of appearance in which the fetters of all circumstance are taken from man, releasing him from everything that could be called either moral or physical constraint.”
— Friedrich Schiller, Letters on the Aesthetic Education of the Human Being

“Live with your century, but do not be its creature.”
— Friedrich Schiller, Letters on the Aesthetic Education of the Human Being

“. . . tongues in trees, books in running brooks,
Sermons in stones, and good in everything.”
— Shakespeare, As You Like It