“Sumer is icumen in” 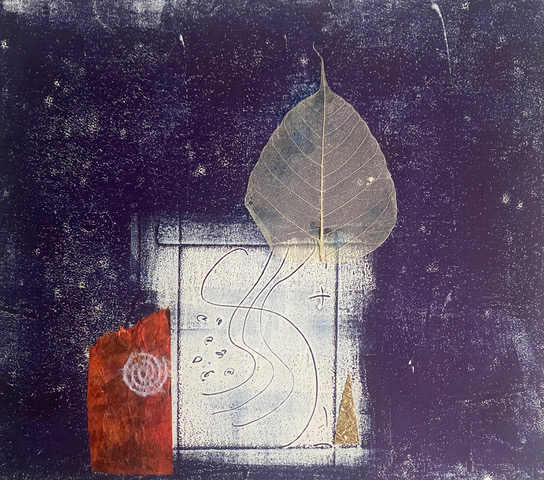 Here is a summary of the recent Section for Literary Arts & Humanities meeting of the local group in Fair Oaks, CA. This meeting occurred on May 22, 2021 via Zoom.

“Sumer is icumen in . . .”
We began the meeting with a quick “calendar set” for the coming weeks until St. John’s Tide. We will celebrate St. John’s Tide with an online New Moon Salon. This will feature the premiere of a new literary work. And then . . . Summer Break! Time for . . . well, Time and Being, I guess. Yup, the time is at hand!

“Lhude sing cuccu”
Marion surprised everyone, however, by offering her garden and porch as a hortus conclusus and meeting place / watering hole for amigas y amigos who wish to meet socially to read fairy tales during la belleza de la tarde, con los pájaros cantores y la luz del sol. Contact Marion directly if you have an interest. Space will be limited. By the way, there are so many birds this year! I’ve never seen or heard this many birds in the garden. Go figure!

“Groweþ sed
and bloweþ med . . .”
Clearly inspired by the resplendent season of fairy tale that is at hand, Marion then gave a presentation on Schiller’s Aesthetic Letters. This presentation turned into quite a lively forum, conversation, and discussion, and it trespased all kinds of blooming landscapes related to Schiller — such as Waldorf pedagogy, Marion’s previous career as a Jungian Sandplay therapist, “Kokoro” and “Gemüt,” Aikido and Osensei, and choirs of thousands singing “An die Freude” enthusiastically for New Year celebration in Osaka, Japan. The evening concluded with Michael Jackson moon walking off the screen. If you missed it, well, what can I say . . .

May 29
We will conclude our study of Schiller and the Aesthetic Letters for the time being with another presentation and a closer look at the book. I will present something in the neighborhood of 30 to 40 minutes, and I’ll touch upon Rudolf Steiner’s First Address, so-called, “Goethe as the Founder of a New Science of Aesthetics” (Vienna, 1888). We discussed this First Address previously — for example in our meeting of March 6, 2021 — but we did not have time to go too deeply into the contents. A nuanced understanding of Steiner’s argument requires some familiarity with aesthetic theory, such as that line of thought developed in Germany in the late eighteenth century. Schiller’s Aesthetic Letters are foundational in that respect — but our previous work with Novalis also has prepared us well for this topic. 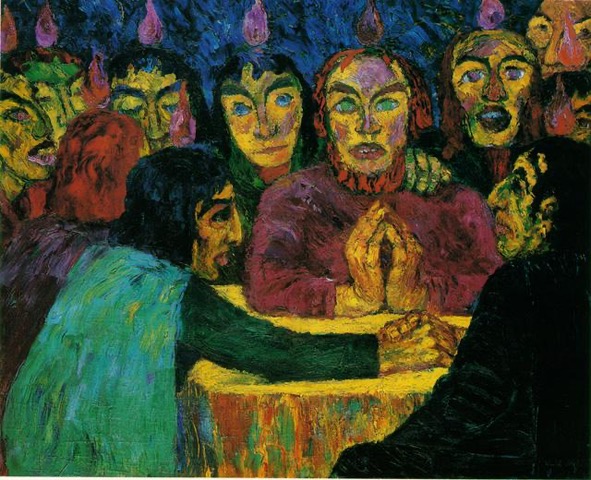 The Enigma of Beauty
The Aesthetic Letters were of course not the only important work that Schiller wrote on the topic of Beauty. Had we world enough and time, we really should vacation a bit with Naive and Sentimental Poetry, the Kallias Letters, and On Grace and Dignity. Rudolf Steiner’s subsequent writings on aesthetics and art rest solidly upon representative texts such as those that we find in the early romantic tradition. There is a golden thread running from Schiller to Walter Benjamin, Theodor Adorno, and others and onward into postmodern literary critical theorists who have written extensively on the subject of aesthetics and Beauty. Indeed, one might argue that Steiner draws attention at a most critical moment in European intellectual history to a subject that has dominated to a large extent continental philosophy in the twentieth century — and it is a theme of continued relevance to our own century and our moment of spiritual and social challenge and change, as Schiller might have pointed out.

June 5
Fred Dennehy will join us to give a presentation on Owen Barfield. Fred is a member of the recently reconstituted collegium of the Literary Arts and Humanities Section of the School for Spiritual Science in North America.

The Enigma of Community
To digress slightly, I mailed and emailed a letter to all members of the Section on November 1, 2019 that shared news of a reorganization of the Section then underway. In case you want to read that November 2019 letter again, click this sentence.

This reorganization of the “ad interim” collegium came to completion a few months ago. This reorganization was undertaken by Bruce Donehower, Herbert Hagens, and Arie van Amerigen. Jane Hipolito joined us for a time prior to her passing. We worked closely with Christiane Haid. Members of the new collegium are: Bruce Donehower (California), Herbert Hagens (New Jersey), Fred Dennehy (New Jersey), Gayle Davis (California), Arie van Amerigen (Canada, Montreal), and Robert McKay (Canada, Toronto). In spring I accepted a position on the North American Collegium of the School for Spiritual Science and began attendance at those meetings as the representative for our Section. I realize that the term “collegium” might be confusing for friends in other Sections, but in the Literary Arts, this is the term that we have used over the past many years to designate the North American group that oversees our Section activities and coordinates back to the Sektion fur Schöne Wissenschaften and the Sektion head at Dornach, Christiane Haid. Previous to the recent reorganization, that collegium consisted of Marguerite Miller, Douglas Miller, and Bruce Donehower.

Meanwhile, back in the land of Zoom, our newly reorganized collegium is working toward sponsoring a series of online Section events for Canada and the USA — and other parts of the world, actually — open to Zoom. Watch this space for more information. The first event is targeted for Michaelmas Tide. As conditions change and become safer, we aspire to hosting in-person events. Encouragement is extended to other members to organize locally and share their enthusiasm, creativity, and research. “Think globally, act locally,” as the saying goes. For more news of Section events, keep an eye on the “Section News” category of TheLiteraryArts.com. 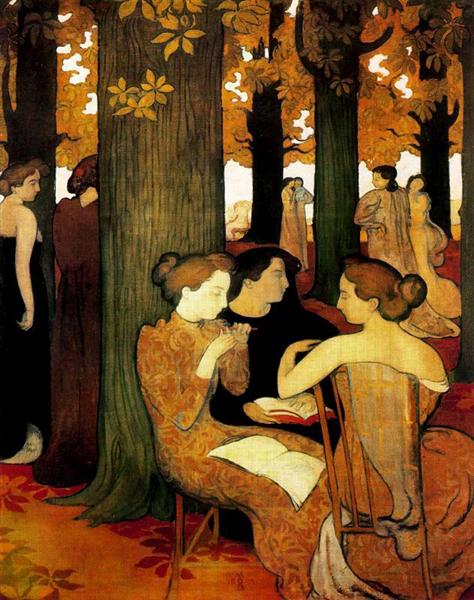 Poetry Night!
June 12
A night to read and share poetry. We did something similar once before on April 17, 2021. Give me a heads up if you have original poetry or original translations of poetry that you want to read. Original poets go first, but I’m pretty certain we will have time also for poetry lovers to share favorite poems — and I encourage everyone to select a favorite poem or two to read to the group.

June 19
Bloomsday!
(Well, not quite . . . Bloomsday is June 16. But close enough! What is Bloomsday? It is the day, June 16, in which all the events in the novel Ullysses transpire.)

On June 19, then, I will give a 40-minute lecture in which I will attempt to begin to add more contextual depth and nuance to our ongoing research into the years 1922, 1923, 1924. I’ll give some attention to modernism, such as those themes and concerns emerge at the end of the nineteenth century and shape the litlerary discourse of the early twentieth century. This research is intended to complement and support other work ongoing in our Section, such as the forthcoming publication by Les Éditions Perceval of the significant anthology The Foundation Stone and the Challenges of Our Time, edited by Arie van Amerigen and Christiane Haid. I’m sure other projects and initiatives relevant to this important theme will be at hand in the near future, sponsored and shepherded by other members of our Section near and far.

June 26
St. John’s Celebration / New Moon Salon. As noted, this is our last meeting prior to an extended summer break. Informal get togethers of Section friends and members will occur by invitation outdoors at our home during the summer, as Marion has chosen to host a magic circle of fairy tale readings. Contact Marion directly for more information. Space will be limited.

And, as noted, our New Moon Salon at St. John’s Tide will feature the world premiere of a new literary work . . . and music played on a brand new classical guitar made in Canada by luthier Joshia de Jonge. 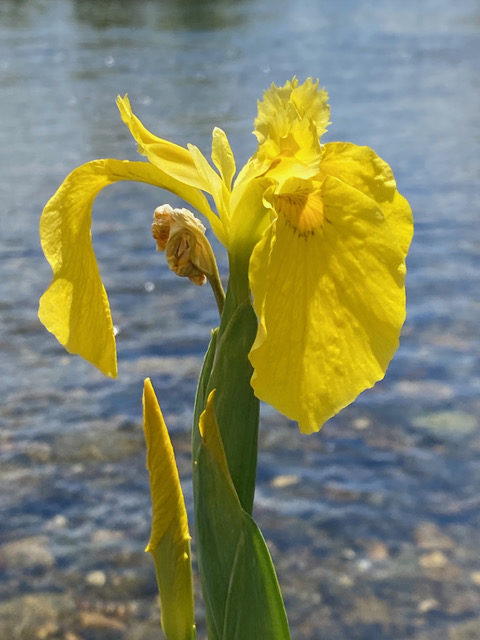 “May” Photo by Bruce Donehower

Edith Maryon
The Visual Arts Section is sponsoring an event on June 26 with Peter Selg on the topic of the biography of Edith Maryon, one Rudolf Steiner’s very close collaborators and a woman who may have saved Rudolf Steiner’s life when he nearly fell from a scaffold. This event is a fund-raiser to support the translation of Peter Selg’s biography of Edith Maryon. For more information and a PDF, click this sentence.

“In the midst of the awful realm of force, and in the midst of the divine realm of law, the aesthetic impulse to form constructs unnoticed a third happy realm of play and of appearance in which the fetters of all circumstance are taken from man, releasing him from everything that could be called either moral or physical constraint.”
— Friedrich Schiller, Letters on the Aesthetic Education of the Human Being

“. . . tongues in trees, books in running brooks,
Sermons in stones, and good in everything.”
— Shakespeare, As You Like It

← Previous The Enigma of Beauty Next “Goethe in Paradise” →